Survey highlights pandemic stressors, finds improving climate for many, but not all, underrepresented faculty 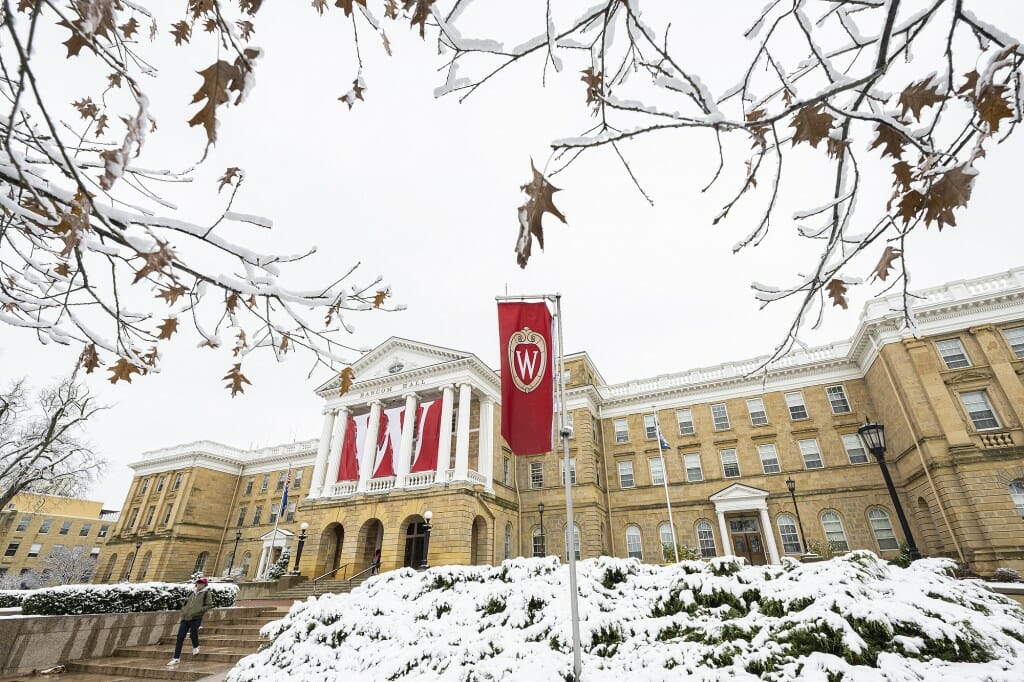 In a 2022 campus survey, a large majority of UW–Madison faculty reported they feel respected in their work, supported in their teaching and satisfied with their compensation. The survey also revealed new stressors brought by the COVID-19 pandemic among more longstanding challenges for some faculty from historically underrepresented backgrounds. Photo: Bryce Richter

In 2022, a large majority of University of Wisconsin–Madison faculty who responded to a confidential survey indicated they feel respected by their colleagues, students and department leaders and are satisfied with their salaries and benefits, as well as the support they receive to teach and conduct research.

And even as their satisfaction with campus life lagged behind their majority peers, most faculty from historically underrepresented groups reported better relationships with their departments and the university than in previous years.

However, more than two years after COVID-19 necessitated a massive, yet largely temporary shift in how faculty teach and conduct research, many UW–Madison professors say the pandemic wrought a more permanent impact on their work life. In a new pandemic-related question on the long-running survey, 36% of campus faculty reported feeling less confident they will reach important career milestones like achieving tenure. Meanwhile, more than half of faculty have taken on “significant” caretaking duties during the pandemic, with the caretaking burden falling more heavily on women faculty.

These are among the findings from the latest in a set of surveys conducted over the last two decades by the university’s Women in Science & Engineering Leadership Institute (WISELI).

“WISELI has a number of initiatives designed to improve faculty diversity, equity and inclusion, and we first proposed this survey in order to track progress of what we were doing on campus,” says Jennifer Sheridan, executive director of WISELI. Sheridan has coordinated the recurring survey since its inception and is leading the analysis of the 2022 results.

Originally devised in 2003 to gauge how well the university was supporting the advancement of women and other underrepresented faculty in science, medicine and engineering, the Study of Faculty Worklife at UW–Madison has become an important tool for evaluating long-term shifts in the campus climate for faculty.

Across many indicators of department climate, such as “feeling my research and scholarship is valued by my colleagues,” “being treated with respect by my colleagues,” and “feeling like I ‘fit’ in my department,” women faculty, faculty of color and faculty with disabilities indicated improved satisfaction. Though gaps remain in the experiences of these groups compared to their majority counterparts, the gaps have decreased consistently since 2010.

An exception to this otherwise positive trend is that, on a number of indicators, LGBTQ+ faculty reported increasing dissatisfaction in campus work life in the 2022 survey relative to their peers. While the majority of these findings were not statistically significant, they represent a reversal of a long-term trend toward growing satisfaction that until recently had largely mirrored experiences reported by other underrepresented groups of faculty.

Sheridan stressed that the survey results require additional analysis, in part because of the relatively small size of some faculty groups. For instance, only about 5% of survey-takers identified as LGBTQ+, or around 65 faculty.

“That the gap (in satisfaction) between LGBTQ+ faculty and majority faculty appears to be getting bigger rather than smaller I find concerning,” says Sheridan. “I’m doing additional statistical work to understand the results more clearly.”

“It used to be that salary was always the number one answer for intent to leave UW–Madison,” says Sheridan.

One workload bright spot: The average number of hours faculty reported working every week decreased slightly, from 57 to 55 hours.

About 1,200 faculty responded to the 2022 survey, or a little more than half of those who had the opportunity. The full report is available on the WISELI website, and a more complete report of the COVID impacts on faculty are set to be published by the end of the semester.