Fragile X is a genetic condition that affects one in 4,000 males and one in 6,000 females. It’s linked to variations in the gene that makes a protein called FMRP. Symptoms may include intellectual disability, anxiety, and attention deficit disorder, among others. Up to a third of people with fragile X also have autism. There is no cure. 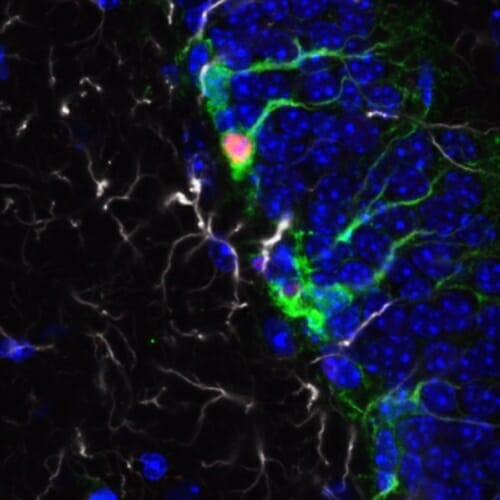 In a study published this week in the journal Nature Communications, researchers at the University of Wisconsin–Madison showed that the absence of FMRP can unbalance critical molecular processes within adult brain cells and lead to the neural and cognitive changes seen in fragile X.

Using animal models and chemical compounds, the researchers also showed that rebalancing the molecular processes disrupted in fragile X can reverse some of the biological and cognitive changes associated with the syndrome.

The chemical compounds tested by the researchers include Nutlin-3, an FDA-approved drug used in cancer studies, and curcumin, a natural component of the spice turmeric.

“Our study provides a mechanistic basis for potential new treatments that can be fast-tracked, especially for adults with fragile X,” says Xinyu Zhao, the principal investigator of the new study, a professor of neuroscience at UW–Madison, and a Waisman Center investigator.

The new study builds on 10 years of studies in which Zhao and her group showed that in young adult mice, loss of FMRP caused fewer new neurons being formed in a specific part of the brain called the hippocampus. 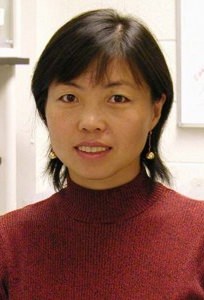 Being able to create new neurons in the hippocampus throughout adult life is thought to be vital for several mental functions, including processing information, acquiring new memories and adapting to changing environments. However, it was unclear whether loss of FMRP also led to fewer new neurons being formed in the brains of older adult mice.

Zhao and Yue Li, lead author of the study and a scientist in Zhao’s lab, and their colleagues discovered that loss of FMRP in mature adult brains disrupts the formation of new neurons as well. These mice had fewer neural stem cells (which give rise to new neurons) in their brains.

Therefore FMRP seems to be important for maintaining the population of neural stem cells that are essential for generating new neurons during adulthood.

“This is a novel function of FMRP which has not been shown before,” says Zhao.

But why did mice without FMRP have fewer neural stem cells? The answer lay in epigenetics – processes that influence how the DNA in cells is interpreted and processed by cellular machinery, rather than changes to the DNA itself.

Epigenetic changes — specifically in the chemical tagging of proteins called histones — reduced the number of neural stem cells in mice without FMRP.

The researchers showed that two proteins, called EP300 and HDAC1, were behind the epigenetic changes seen in the brains of adult mice without FMRP. These two proteins have opposite roles in tagging histones.

In fragile X neural stem cells, levels of EP300 were high and levels of HDAC1 were low compared to levels in stem cells without fragile X, which led to abnormally high levels of histone acetylation.

When researchers applied chemical compounds that reduced the activity of EP300 or increased the levels of HDAC1 they could reverse the epigenetic changes.

Balancing out the epigenetic changes also led to reversing some of the physiological and cognitive changes associated with fragile X.

Although the bulk of the study was done using animal models, preliminary data from the postmortem analyses of human brain tissue from individuals with fragile X suggest that the epigenetic changes seen in mice lacking FMRP are also present in humans.

“So it is possible that the drugs that worked in animal models may also provide a therapeutic opportunity for mature adults and aging individuals with fragile X,” says Zhao.

Zhao believes that the next step is to validate their discovery in human brain cells. Because obtaining human postmortem brain tissue has been extremely challenging, the Zhao group is now exploring the compounds tested in this study in neural stem cells and neurons generated from human pluripotent stem cells.