Student to student: Best moments of the school year, from snow to roses

We had our first snow back in October, our football team made it to the Rose Bowl and in-person instruction was suspended due to COVID-19.

Despite the tumult, UW–Madison students had plenty of favorite memories from the year. 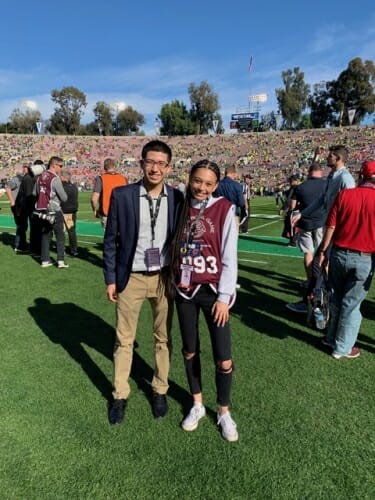 Raul Vasquez and Chelsea Hylton both covered the Rose Bowl game in Pasadena, California. The Badgers lost to Oregon in a back-and-forth battle. Submitted photo

One of my favorite moments was the “March up Bascom” as part of Latinx Heritage Month when I was able to celebrate my Latinx heritage with other Latinx students, waving flags of our respective countries. Another was participating in the DACA protest down State Street, where the posters and chants generated so much positive energy.

The Rose Bowl game was among many students’ favorite memories, including mine. I got the opportunity to cover the Badgers in my hometown of LA at the 2020 Rose Bowl Game, when I was home for Christmas break. As a journalist for the student-run online publication at school, The Black Voice, I was granted a sideline media pass.

It took me completely by surprise when I saw second-year Posse scholar Raul Vazquez also at the game, covering it for the Daily Cardinal.

When I asked Vasquez what some of his favorite moments were from the year, he also mentioned the Rose Bowl. Another favorite was covering the football game against the University of Minnesota Gophers, which the Badgers won 38-17 to regain Paul Bunyan’s Axe.

“Minnesota started out hot but Wisconsin killed them for the rest of the game. It was the biggest test I had in terms of being neutral in the press box, but what a time to be alive,” Vasquez said. 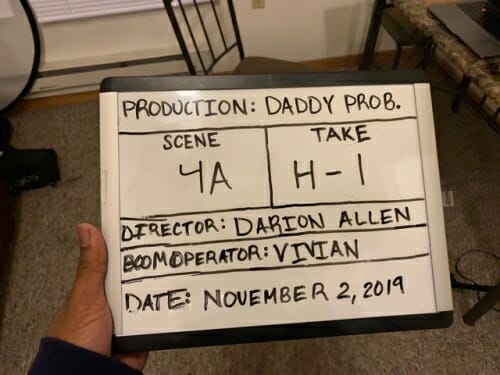 Darion Allen fondly remembers the short film that he produced, directed and edited for a class. Submitted photo

Darion Allen, a second-year student, said one of his favorite moments involved a class project from first semester.

“I had to produce a 10-15 minute long short film that was entirely produced, directed, and edited by myself. This was a semester-long project for my Comm Arts 350 class. After meeting every weekend for a little over a month and editing the film for over 30 hours by myself, the final product came out as something I am proud to call my first short film,” he said.

Another one of those memorable moments was when Allen won an award for his radio talk show, ClasXic Communication, on WSUM 91.7. He had submitted a tape of the show, and then attended the Annual Wisconsin Broadcasters Association Conference not knowing he’d won. He received first place in the best public affairs/talk show category. 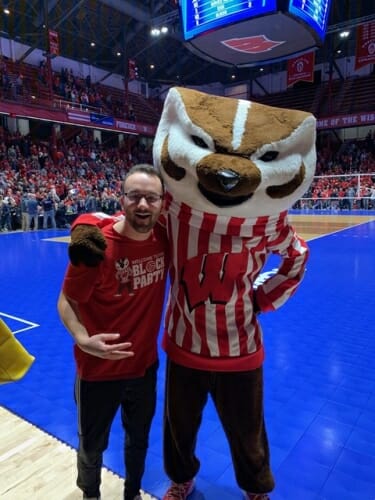 Matthew Piotrowski and Bucky Badger took a photo together at a volleyball game. Submitted photo

Piotrowski has gone to every home season volleyball game, and he’ll never forget the National Championship Game, which the Badgers lost to Stanford. “The regional final where we destroyed Nebraska for the third time this year was straight epic!” He was even lucky enough to snag a picture with Bucky.

Bruce enjoyed being able to encourage student involvement and attend UW sports events as part of the AreaRED group.  “Being on AreaRED and having the opportunity to go on the field to get footage of the student section was so much fun. And just being a part of the organization as a whole was fun,” she said.

“The first day of classes at the beginning of the spring semester, I was so excited in a bittersweet way. It was my last first day of school ever,” she said.