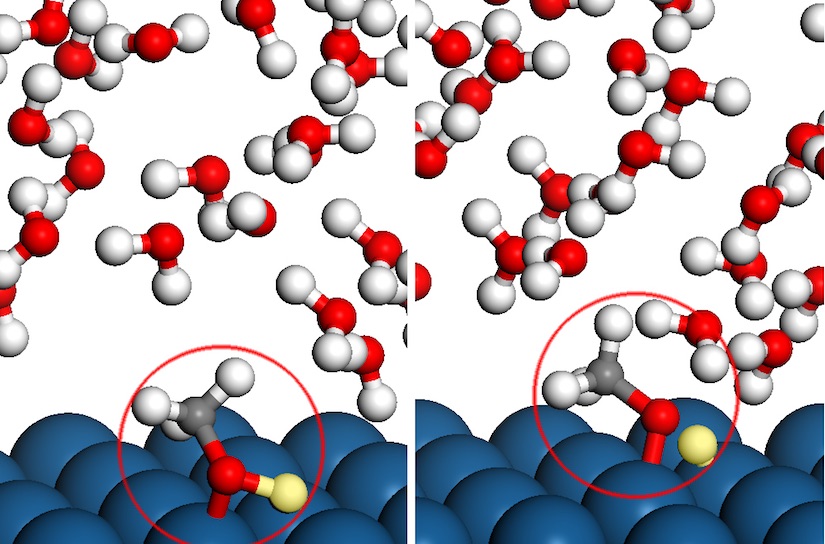 Modeling how methanol interacts with platinum catalysts inside fuel cells in realistic environments becomes even more complicated because distances between the atoms can change as molecules dance near the charged surface. Image courtesy of Manos Mavrikakis

Using a unique combination of advanced computational methods, University of Wisconsin–Madison chemical engineers have demystified some of the complex catalytic chemistry in fuel cells — an advance that brings cost-effective fuel cells closer to reality.

“Understanding reaction mechanisms is the first step toward eventually replacing expensive platinum in fuel cells with a cheaper material,” says Manos Mavrikakis, a UW–Madison professor of chemical and biological engineering.

Mavrikakis and colleagues at Osaka University in Japan published details of the advance Monday, Aug. 8, in the journal Proceedings of the National Academy of Sciences. 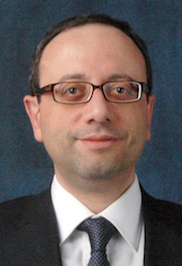 Fuel cells generate electricity by combining electrons and protons — provided by a chemical fuel such as methanol — with oxygen from the air. To make the reaction that generates protons faster, fuel cells typically contain catalysts. With the right catalyst and enough fuel and air, fuel cells could provide power very efficiently.

And finding a good catalyst is no trivial task.

“People arrived at using platinum for a catalyst largely by trial and error, without understanding how the reaction takes place,” says Mavrikakis. “Our efforts developed a big picture of how the reaction is happening, and we hope to do the same analysis with other materials to help find a cheaper alternative.”

At first glance, the chemistry sounds straightforward: Methanol molecules awash in a watery milieu settle down on a platinum surface and give up one of their four hydrogen atoms. The movement of those electrons from that hydrogen atom make an electric current.

In reality, the situation is not so simple.

“All of these molecules, the water and the methanol, are actually dancing around the surface of the catalyst and fluctuating continuously,” says Mavrikakis. “Following the dynamics of these fluctuating motions all the time, and in the presence of an externally applied electric potential, is really very complicated.”

The water molecules are not wallflowers, sitting on the sidelines of the methanol molecules reacting with platinum; rather, they occasionally cut in to the chemical dance. And varying voltage on the electrified surface of the platinum catalyst tangles the reaction’s tempo even further.

Previously, chemists only simulated simplified scenarios — fuel cells without any water in the mix, or catalytic surfaces that didn’t crackle with electricity. Unsurprisingly, conclusions based on such oversimplifications failed to fully capture the enormous complexity of real-world reactions.

Mavrikakis and colleagues combined their expertise in two powerful computational techniques to create a more accurate description of a very complex real environment.

“The world needs fuel cells, but without understanding how the reaction takes place, there is no rational way to improve.”

They first used density functional theory to solve for quantum mechanical forces and energies between individual atoms, then built a scheme upon those results using molecular dynamics methods to simulate large ensembles of water and methanol molecules interacting among themselves and with the platinum surface.

The detailed simulations revealed that the presence of water in a fuel cell plays a huge role in dictating which hydrogen atom breaks free from methanol first — a result that simpler methods could never have captured. Electric charge also determined the order in which methanol breaks down, surprisingly switching the preferred first step at the positive electrode.

This type of information enables scientists to predict which byproducts might accumulate in a reaction mixture, and select better ingredients for future fuel cells. 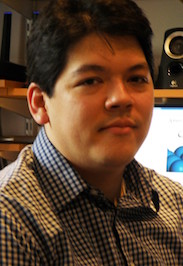 “Modeling enables you to come up with an informed materials design,” says Mavrikakis, whose work was supported by the Department of Energy and the National Science Foundation. “We plan to investigate alternative fuels, and a range of promising and cheaper catalytic materials.”

The results represent the culmination of six years of effort across two continents. Jeffrey Herron, the first author on the paper, started developing the methodologies during a summer visit to work under the paper’s second author, Professor Yoshitada Morikawa in the Division of Precision Science & Technology and Applied Physics at Osaka University.

Herron, who completed his doctorate in 2015 and is now a senior engineer for The Dow Chemical Company, further refined these approaches under Mavrikakis’ guidance over several subsequent years in Madison.

“A lot of work over many years went into this paper,” says Mavrikakis. “The world needs fuel cells, but without understanding how the reaction takes place, there is no rational way to improve.”