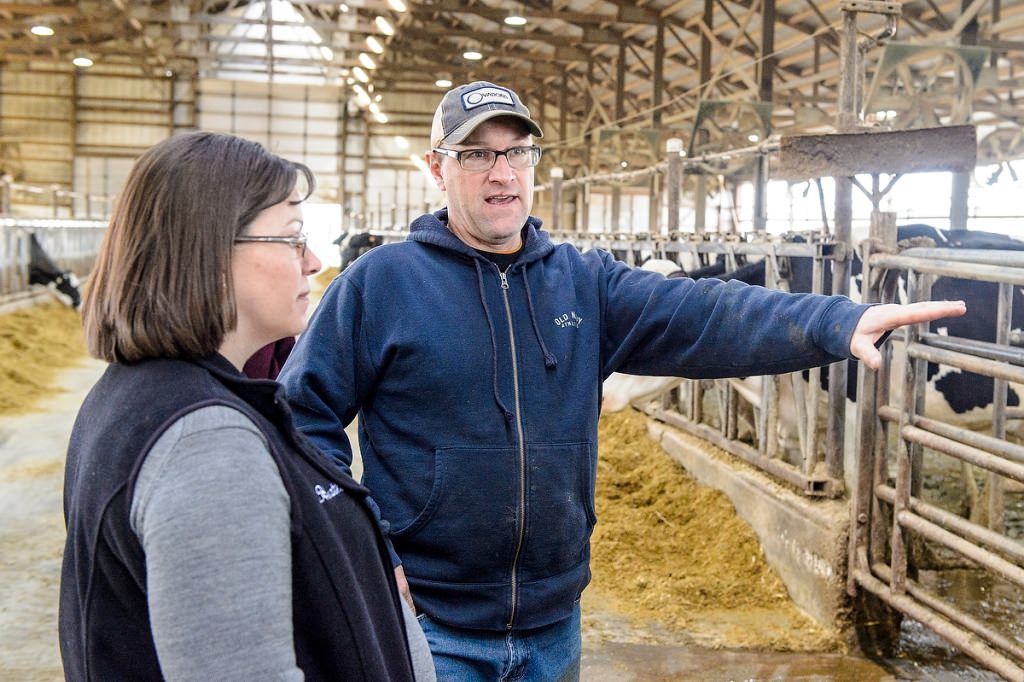 Mitch Breunig has been around dairy cows long enough — all his life, to be exact – to suspect something was amiss with two of his Holsteins.

He’s been around UW–Madison dairy science department long enough – he graduated in 1998 and his 450-cow farm in Roxbury is practically a field research station for the department – to suspect ketosis.

This “silent killer” is caused by excessive toxic particles released by the liver, usually when a cow starts to produce milk after giving birth.

And so it was fortuitous that Heather White, an assistant professor of dairy science at UW–Madison and one of the world’s experts on detecting ketosis, was visiting Breunig’s Mystic Valley Dairy, within sight of the St. Norbert’s church steeple in Northwest Dane County, on that day in March.

The start of lactation is the moment of maximum metabolic stress for a dairy cow, when her over-worked liver can crank out molecules called ketones that provide energy to other tissues in the body but, if excessive, can reduce milk output, set the stage for disease, and even cause the cow to be culled from the herd.

Milk output from the cows in question had dropped, which could have many causes. Ketosis, however, appears in 40 percent to 60 percent of lactating American dairy cows. 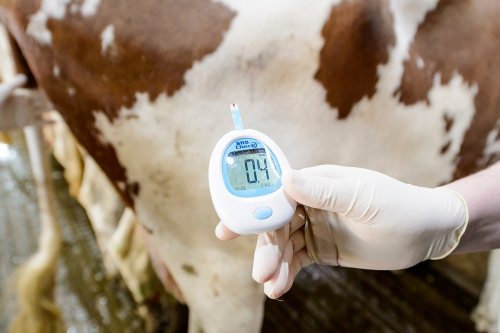 A result of a blood sample from dairy cows, used to detect ketosis. Photo: Bryce Richter

Even though ketosis costs an average of $290 per cow, it’s often undiagnosed, as the blood tests are laborious and expensive. Far better would be a test for tell-tale molecules in the milk, which is exactly what White has been working on, in collaboration with department chair Kent Weigel, and Gary Oetzel, a professor of veterinary medicine.

The result of their labor, called KetoMonitor, is now incorporated in the AgSource system used by dairy farmers across the state to track their herds and milk output in an average of 100,307 cows over the last 12 months, predominantly in Wisconsin. AgSource relies on a sophisticated spectrometer to look for two milk-borne compounds that signal ketosis, and then uses sophisticated computer analysis to refine the prediction.

When Ryan Pralle and Rafael Caputo Oliveira, both graduate students with White, sampled blood from the two cows, Bruenig’s hunch proved correct. The cows had a silent, or “sub-clinical,” ketosis. Armed with that knowledge, Bruenig began corrective measures that usually tame ketosis, such dietary supplements.

Blood tests are the old-fashioned way – but still the gold standard –for detecting ketosis. But KetoMonitor’s milk tests and computation have become the first line of defense.

By testing milk from “fresh” cows every week or so, KetoMonitor first estimates the prevalence of ketosis in the fresh cows. Then, by analyzing the data on milk production, reproductive history and other matters, on each fresh cow, it identifies cows that might need a blood test for ketosis.

KetoMonitor already catches 85 percent of cows with the condition, which is almost enough to avoid blood tests entirely. Once they reach 90 percent accuracy, blood tests for every fresh cow would no longer make economic sense, White says. 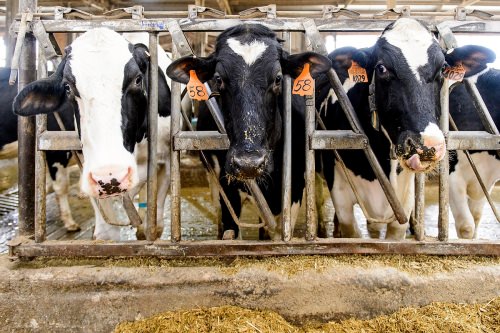 To reach that magic number, Pralle is using computational tactic called “machine learning” (think digital self-help class). When the software makes a mistake, it combs through the data, looking to do better next time around. The accuracy is improving, he says. “When we compare it to some other non-blood tests, I think our tools are very competitive.”

When White and her collaborators began tackling the problem about 10 years ago, “We recognized there is a lot of money lost in sub-clinical ketosis,” she says. “A cow is having negative outcomes — she’s making less milk and is not going to re-breed as easily, but she can’t walk up and tell you she’s sick.”

Due to the efforts of White and others at UW–Madison and beyond, that has changed. “Ketosis has become something that producers really want to manage because they recognize the cost of the disorder,” says Pralle.

None of this is lost on Bruenig, who sees a future with more constraints as a prime reason to focus on efficiency. “We will be in a position where we will need to grow more food on less land with fewer cows.”

Ketomonitor can help in unexpected ways, Bruenig says. “When we adapted to the market by eliminating BST [the hormone bovine somatotropin], we had to change nutrition and management, and we used Ketomonitor to assess the impact of those changes.”

“Advances like KetoMonitor help us keep the herd healthy, and allow us to stay competitive,” he says. “That’s the kind of help we really need.”