Research shows backup plans may keep you from achieving your goal

MADISON — When it comes to setting organizational and personal goals, making a backup plan has been seen as a sensible way to deal with uncertainty — to be prepared if things don’t go as expected.

However, new research from the Wisconsin School of Business at the University of Wisconsin–Madison challenges that conventional wisdom and finds that merely thinking through a backup plan can reduce goal performance and actually hurt the chances of successfully achieving your goal.

Jihae Shin, assistant professor of management and human resources at the school, together with Katherine L. Milkman of the Wharton School at the University of Pennsylvania, conducted a series of experiments that showed making a backup plan can cause people not to work as hard and to be less successful at attaining their primary goal.

“I was talking with Katy about how sometimes I was hesitant to make a backup plan, because somehow I thought it might hurt my chances of success in my primary goal,” Shin says. “Katy thought it was an interesting idea and we decided to test it.” 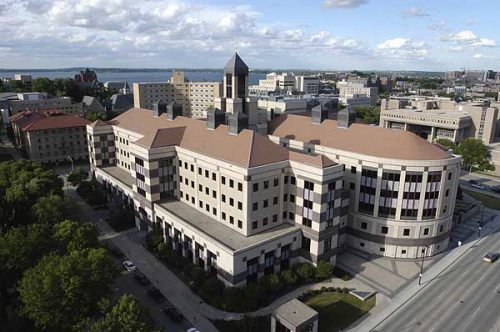 Shin and Milkman set out to test the idea with a series of laboratory experiments. Participants were given a sentence-unscrambling task and told that if they showed high performance on the task they would be given a free snack or the chance to leave the study early.

Some groups were then instructed to come up with other ways they could get free food on campus or save time later in the day in case they didn’t do well enough to earn the snack or the early dismissal in their current study. Those in the groups making backup plans showed lower performance on the task, and a follow-up experiment revealed a key factor driving this effect was a diminished desire for goal success.

While there are important benefits of making a backup plan, such as reducing perceived uncertainty and making people feel more comfortable about the future, there may also be potential costs that have been less well known. The researchers suggest that understanding those costs can be important, especially in those cases where goals can be achieved through effort. In instances where they can be achieved by luck or innate skill, on the other hand, making a backup plan is not expected to reduce goal performance.

While there are important benefits of making a backup plan, such as reducing perceived uncertainty and making people feel more comfortable about the future, there may also be potential costs that have been less well known.

The researchers suggest that while they find potential costs to making a backup plan, it does not mean that people should go through life without ever having them. They say you could explore ways to mitigate these costs — such as being more strategic about when you make a backup plan.

“You might want to wait until you have done everything you can to achieve your primary goal first,” Shin says.

The paper, “How backup plans can harm goal pursuit: The unexpected downside of being prepared for failure,” was recently published in the journal Organizational Behavior and Human Decision Processes.