The UW System Board of Regents on Thursday approved a 2017-18 operating budget that sets nonresident and graduate and professional school tuition rates for the coming academic year as well as rates for housing and student fees. The operating budget shows increased revenues for UW–Madison across all funds of approximately 2.5 percent.

However, the approved budget also shifts to other system schools a percentage of returned lapse funding that would traditionally go to UW–Madison. The shift came after UW System leaders stressed that all campuses continue to face financial challenges heading into the new biennium. 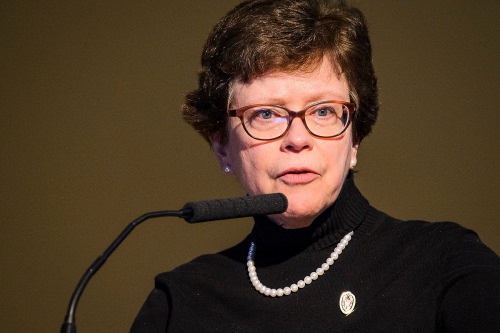 UW-Madison Chancellor Rebecca Blanks speaks during a UW System Board of Regents meeting at Union South in 2016. Photo: Jeff Miller

While UW–Madison leaders agreed, as a one-time measure, to share some portion of the normal allocation for the $50 million in returned lapse funding, Chancellor Rebecca Blank raised concerns about the size of the reduction prior to the vote. UW–Madison will receive approximately $13 million less over the biennium under the recalculated allocation of the lapsed dollars. The allocation formula for the other state dollars received by the UW System remains unchanged.

“I recognize that like UW–Madison, all UW System campuses continue to face financial challenges as we head into the new biennium,” Blank said. “But a redirection of this size is concerning and will make it more difficult for UW–Madison to make the kinds of investments needed to maintain its excellence.”

UW-Madison has always received a larger percentage of state funding allocated to UW System campuses because of the size of its student body and the unique role the campus plays for the entire state. The considerable public service activities provided by faculty and staff have historically been fully funded with state dollars. UW–Madison is also the only public institution in Wisconsin that maintains medical, veterinary, pharmacy and law schools — high cost programs that serve a vital role for the state.

The state budget does give UW–Madison added revenue flexibilities, such as the ability to increase tuition on nonresident undergraduates and in graduate and professional school programs. Blank also noted that overall, the state budget contains important investments and shows a renewed commitment from the state to reinvest in the UW System.

“We’re appreciative of the investments in UW–Madison and UW System contained in the new biennial budget. We shared our message with audiences around the state and are grateful it was heard by Governor Walker and the state Legislature,” Blank concluded.