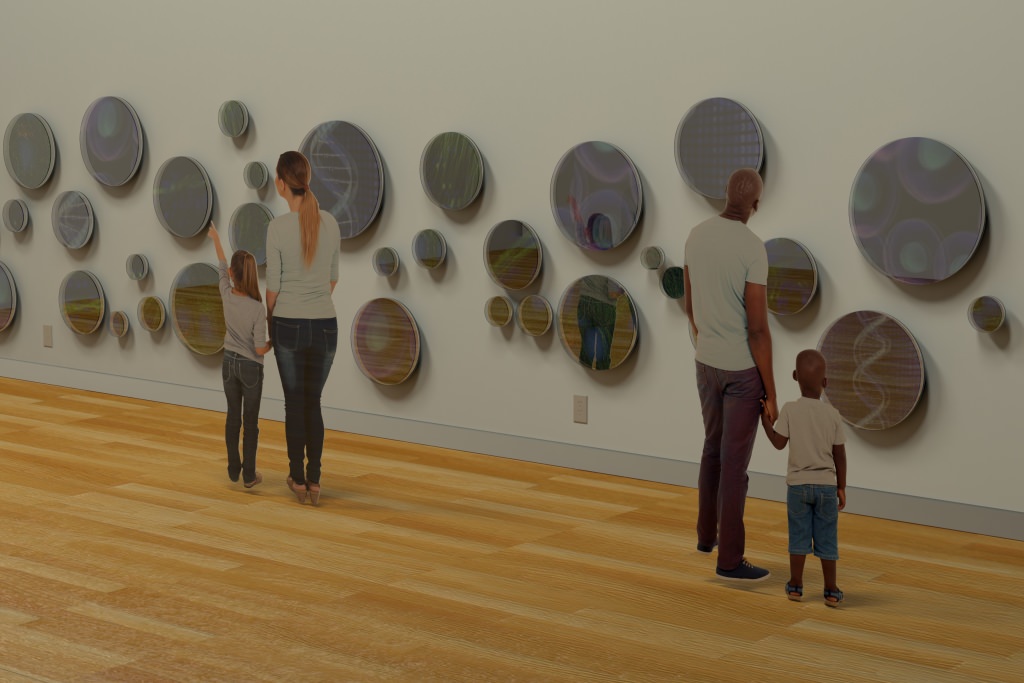 A rendering of the art installation “Genetic Reflections,” a project from the lab of UW–Madison genetics Professor Ahna Skop that will debut in the UW–Madison Biotechnology Center in the spring of 2018 and then travel to the Wisconsin Science Museum and other venues. Damien Skop

Typically, the images generated in the course of scientific research are seen only by a select few: the scientists who consume the studies published in scholarly journals.

That exclusive model, however, will not apply to a project just underway in the lab of University of Wisconsin–Madison genetics Professor Ahna Skop. Pictures obtained from her exploration of the cell — as well as striking images from other UW–Madison research projects — will serve as a basis for a traveling art exhibit, “Genetic Reflections,” an installation that will celebrate the imagery used in support of genetic and genomic research.

“The idea is you can see yourself and you can see what’s inside you” at the same time, says Skop of the installation, which will be a 40-foot grouping of dozens of circle mirrors of various sizes with biological images etched into the glass. The pieces will be arranged randomly but at heights that make viewing easy for both adults and children. 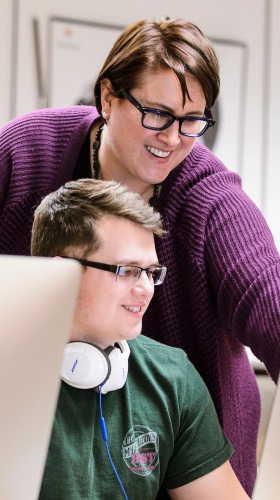 Ahna Skop works with a student as part of a Genomics and Proteomics class she was teaching in the Animal Sciences Building. Photo: Jeff Miller

The work will be produced by recent UW–Madison master of fine arts graduate Angela Johnson, with support from the National Science Foundation (NSF) as part of a larger award funding Skop’s research on how RNA is regulated during the course of cell division.

The circle theme, Skop says, is intended to evoke the petri dish, the shallow crucible used to culture the cells and model organisms that power modern biology. The images will be of things like stem cells, genomic sequences and cellular structures, and proteins. Some of the subjects, she says, will be drawn from the research project that encompasses the $35,000 NSF broader impacts award for the installation.

The work will first be installed next spring at the UW–Madison Biotechnology Center, 425 Henry Mall. After the show runs its course there, the installation will be moved to the Wisconsin Science Museum at 211 N. Carroll St. in Madison. Eventually, Skop says, the exhibit will travel around Wisconsin and beyond, including a venue in Texas.

Skop sees the project as far more than an art installation. The work itself will be beautiful, of course, she says, but will also serve as a catalyst for engaging artists in the scientific process, providing vivid undergraduate and classroom experiences, and strengthening connections with institutions such as the Wisconsin Science Museum, where Skop serves on the board.

“One of the main goals is to try to get the public excited about science and learn about genetics and genomics,”says Skop. “It’s an opportunity to impact the community, the state and the nation with what Wisconsin scientists have discovered and how they have impacted human health.”