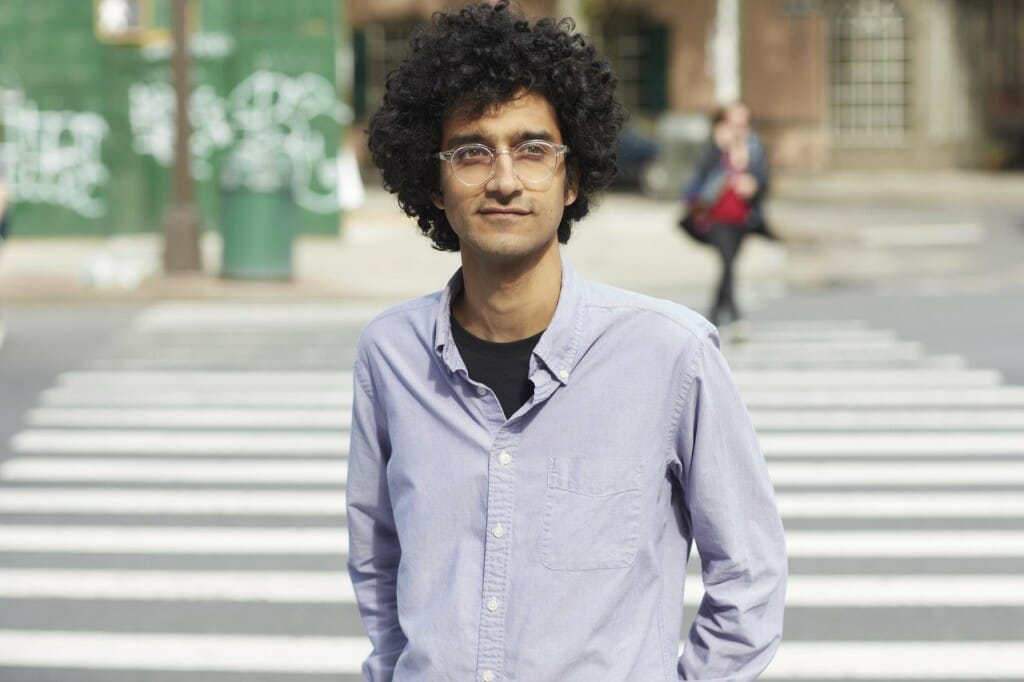 Radiolab co-host Latif Nasser will share experiences and insights on how to tell science stories that engage and inspire during his tenure as UW–Madison Science Journalist in Residence.

Latif Nasser is the co-host of New York Public Radio’s Peabody Award-winning Radiolab and the host and executive producer of the science documentary Netflix series Connected. And this fall, he will also be the University of Wisconsin–Madison’s Science Journalist in Residence.

Nasser will spend Oct. 12 through 14 at UW–Madison, marking the long-running campus program’s first in-person science journalist visit since fall 2019. While in Madison, he will participate in classes; meet with students, faculty and staff; tour one of the largest university fusion experiments in the country; and spend time getting to know the campus — while also sharing his career stories and perspectives.

On Oct. 13, as a special Wisconsin Science Festival offering of the Crossroads of Ideas series, he will also join Soren Wheeler, Radiolab’s executive editor and a previous UW–Madison Science Journalist in Residence, for a presentation called “How to Hunt for Stories, and Not Kill Them in the Telling.”

Nasser says that one of the questions he and colleagues are asked most often is “how do you find your stories?” As part of the event, he will spend time sharing a few of his best tricks “to ferret out original and surprising stories that others look right past.”

Radiolab was founded two decades ago by Jad Abumrad and Robert Krulwich and is known for innovative sound design. It spans a spectrum of scientific, philosophical and social topics — including the question of whether human immune dysfunction can be traced to our Neanderthal ancestors; the 60 words authored in 2011 that led to the U.S.’s longest war; and how chaos may have charted a path toward the unique set of complexities we associate with life today.

Nasser joined the show after earning a PhD in the History of Science from Harvard University in 2014. He was named Radiolab co-host alongside Lulu Miller following Krulwich’s retirement in 2020 and Abumrad’s in 2022.

His personal story standouts on Radiolab include everything from professional badminton to the nuclear button to a polar bear that took a special liking to grizzly bears. Nasser also hosted a miniseries called “The Other Latif” in which he explored the circumstances by which a man who shared his name came to be at the Guantanamo Bay detention center.

In his Netflix series, which picks apart surprising connections in the world, Nasser highlighted the mathematical formula underpinning everything from tax fraud to the integrity of elections; the unlikely household annoyance that feeds rainforests; and the unexpected consequences of nuclear bombs.

Nasser has also written for the Boston Globe Ideas section and given TED talks focused on the head-scratching giant arctic camel and the wrestler-doctor who wrote the Bible of Pain.

To learn more and to register for Nasser’s public talk at Crossroads of Ideas, supported by UW–Madison, the Morgridge Institute for Research and the Wisconsin Alumni Research Foundation, visit go.wisc.edu/uwsciencejournalist.