Radiation-resistant E. coli evolved in the lab give view into DNA repair 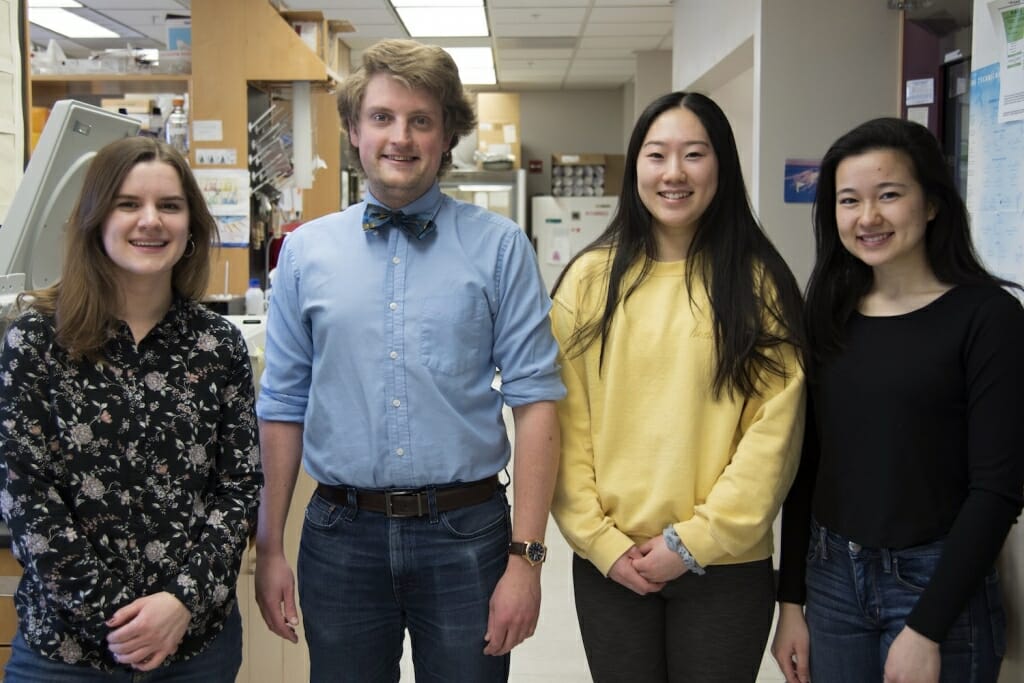 Left to right are Emma Steigerwald, Steven Bruckbauer, Jessica Liu, and Illissa (Jasmine) Lancaster. Steigerwald, Liu, and Lancaster are undergraduates in the lab who assisted Bruckbauer with his experiments. Photo by Robin Davies

Scientists in the University of Wisconsin–Madison Department of Biochemistry are watching evolution happen in real time.

In a recent study published online in the Journal of Bacteriology, biochemistry professor Michael Cox and his team describe blasting E. coli bacteria with ionizing radiation once a week, causing the bacteria to become radiation resistant. In doing so, they have uncovered genetic mutations and mechanisms underlying this resistance.

The findings reveal ways to possibly engineer radiation-resistant bacteria to use for various applications in the future, including environmental clean-up and to protect beneficial gut microbes during cancer radiation therapy.

This graph depicts mutations up to cycle 100. Courtesy the Mike Cox lab

Cox’s lab has long been interested in DNA repair, a cellular process by which all organisms are able to piece back together bits of DNA that are broken by stresses like ionizing radiation. This type of radiation is high energy in nature and is associated with nuclear radiation and elements like uranium and plutonium. Astronauts are also exposed to this form of radiation in space. It is encountered at lower doses in some cancer therapies and in some medical imaging, such as x-rays.

A few organisms, mostly bacteria, are naturally resistant to high levels of ionizing radiation. However, many are notoriously difficult to study and little is known about them, especially compared to E. coli. This led Cox’s team to turn to another way to study radiation-resistant bacteria — evolve their own.

Their experiment in “directed” evolution is simple. Lead author and postdoctoral researcher Steven Bruckbauer split a population of E. coli into four groups. Once a week, he and a team of undergraduate researchers use equipment in the Department of Medical Physics to hit each population with ionizing radiation until 99 percent of the cells are dead. They then grow the survivors — the one percent that best resisted the radiation — in culture. Most of the new bacteria that grow from these carry beneficial mutations for radiation resistance. 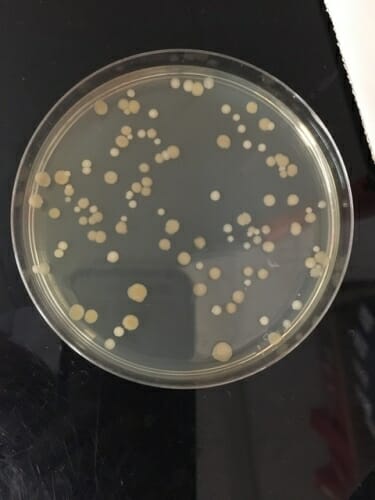 The mutations the bacteria have accumulated can have all kinds of effects. Some of the colonies in one population mysteriously turned yellow. The researchers don’t know why this is occurring or how or if it’s helping the bacteria in any way. Photo courtesy the Mike Cox lab

“There are many mutations that pop up that might not be relevant to conferring the resistance and are just along for the ride,” Cox explains. “We split the population into four so we could compare mutations across multiple populations and check for patterns and try to identify the main drivers of radiation resistance.”

Over time, as the bacteria have become resistant, the researchers have been able to increase the level of radiation to which they expose the bacteria. The study takes a deep dive into the mutations they have accumulated after 50 cycles (meaning the bacteria were irradiated 50 times).

Sequence analysis conducted by the UW–Madison team’s collaborators at the Joint Genome Institute, a facility at the U.S. Department of Energy, showed mutations in several genes that are responsible for more efficient DNA repair in E. coli, which can help confer resistance. Another mutation was in RNA polymerase, the enzyme responsible for transcribing RNA into DNA, which is ultimately used to make important proteins.

While the overall mechanisms, such as enhanced DNA repair, are the same as in naturally resistant bacteria, many of the mutations that caused those changes have never been seen before. Bruckbauer adds that beyond DNA repair and changes to RNA polymerase, there are entirely new ways of being resistant that could arise. 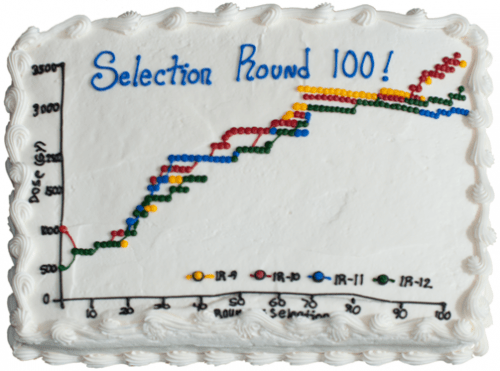 : The lab got a cake to celebrate the 100th cycle of irradiating the bacteria. The graph on it depicts how the amount of radiation required to kill 99% of the bacteria increased over time. Photo courtesy the Mike Cox lab

“These mechanisms for conferring resistance are just the ones we’ve seen,” he says. “It’s exciting to think about the novel possibilities we haven’t identified or that haven’t even evolved yet. There are some other mechanisms seen in nature that we expect to pop up eventually but then new ones might start evolving.”

The group is currently passing cycle 125 of selection and it plans to look at the genetics of future milestone cycles to see how resistant the bacteria can become.

Though radiation-resistant bacteria do exist in nature, their usefulness for a variety of applications may depend on the particular mutations they harbor. Cox explains that trying to engineer such a bacterium without knowing these mutations and how they function to enhance cells’ DNA repair systems would be extremely difficult. 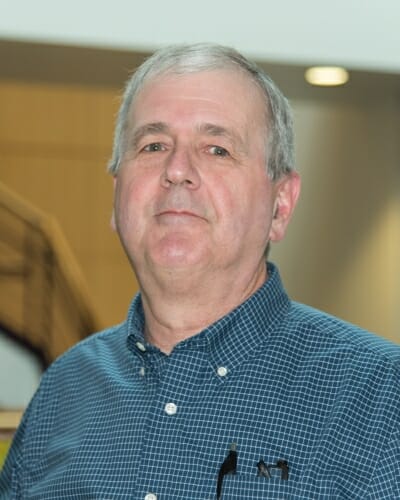 Radiation-resistant bacteria could potentially be administered as probiotics to help alleviate some of the side effects of cancer therapies and could aid clean up at nuclear waste sites. Additionally, NASA is concerned about astronauts’ exposure to radiation in space and Cox’s work might uncover a mechanism by which they could be better protected.

“We’ve found that E. coli and other radiation-sensitive organisms possess this latent ability to become highly radiation resistant with modifications to a few existing DNA repair proteins,” Bruckbauer says. “To our knowledge no one has made something this radiation resistant in the lab. It’s a great example of how life is adaptable.”

The work was funded by the National Institute of General Medical Science (grant GM112757) and Joint Genome Institute (grants 2817 and 502930).