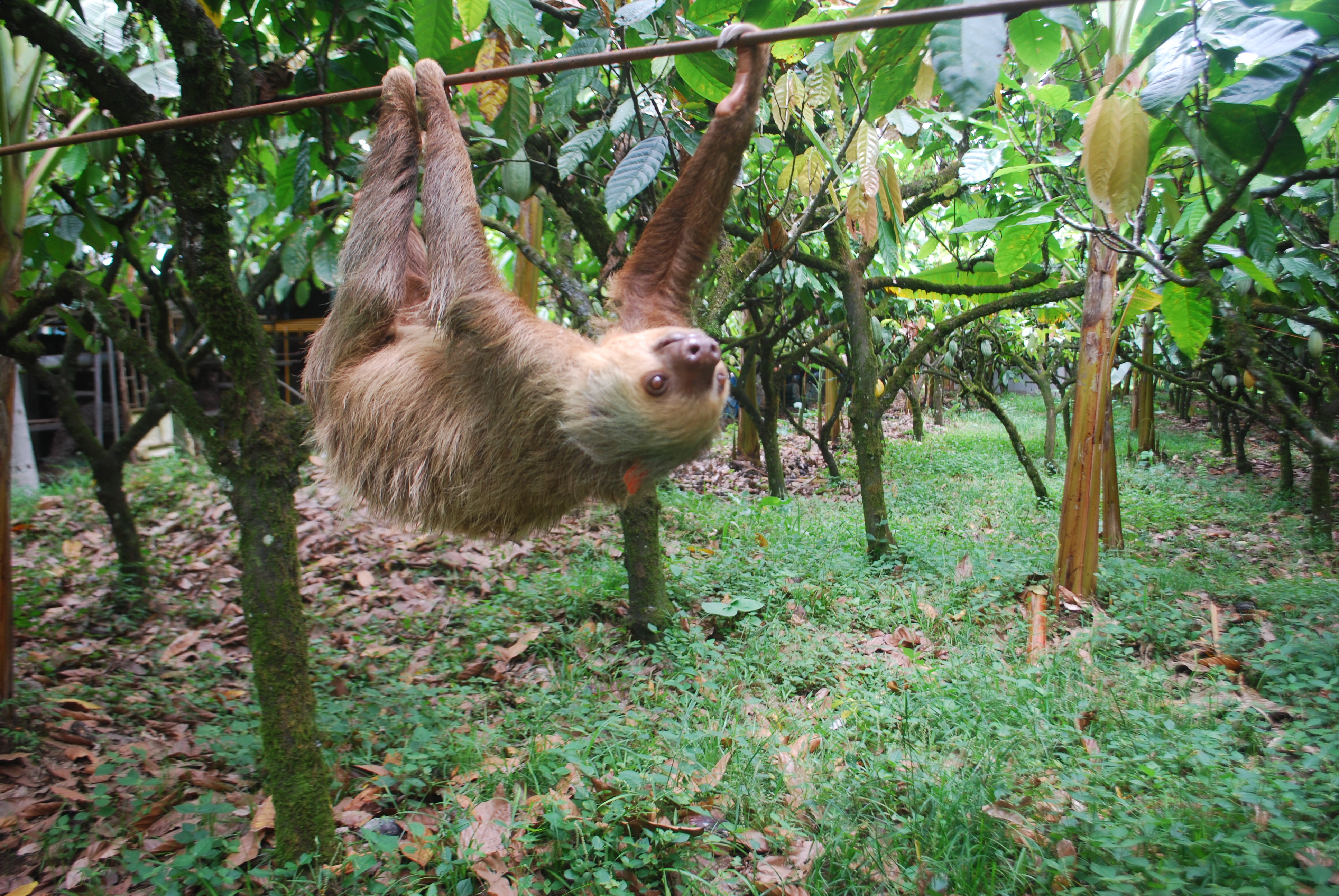 Although most of the terrestrial world is covered in trees, there are precious few vertebrates that make the canopy their home and subsist solely on a diet of leaves.

Tree sloths are among the most emblematic tree-dwelling mammals. However, they are best known for their pokey demeanor rather than the fact that they spend the majority of their lives in trees munching leaves. But the slow motion lifestyle of tree sloths, according to a new study, is the direct result of the animal’s adaption to its arboreal niche.

“Among vertebrates, this is the rarest of lifestyles,” says Jonathan Pauli, a University of Wisconsin–Madison professor of forest and wildlife ecology and the senior author of a report to appear in the August 2016 edition of the American Naturalist. “When you picture animals that live off plant leaves, they are almost all big — things like moose, elk and deer. What’s super interesting about arboreal folivores is that they can’t be big.”

Pauli and Wisconsin colleagues M. Zachariah Peery, Emily Fountain and William Karasov set out to measure the energetics of wild two- and three-toed sloths at a field site in in northeastern Costa Rica. The purpose of the study, Pauli says, was to help explain why arboreal folivores are indeed so rare and why more animals have not evolved to take advantage of a widespread ecological niche. 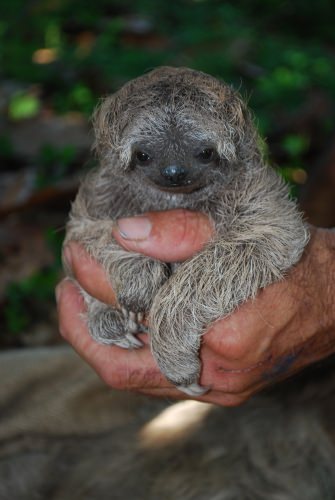 A baby three-toed sloth, part of ongoing studies of the animals at a site in northeastern Costa Rica. Researchers from the University of Wisconsin–Madison have published a new report on sloth energetics, helping explain why sloths live a slow-motion lifestyle. Zach Peery

“Most of the world is forested, but the energetic constraints of a leafy diet seem to prevent adaptive radiation,” Pauli notes, referencing the canon of evolutionary biology that helps explain the diversity of life on our planet: As organisms evolve and “radiate” from an ancestral group, they take on a variety of specialized forms that enable them to live a certain lifestyle or occupy a particular niche.

The evolutionary logic of living in trees on a diet solely of leaves, it seems, is less than robust.

“Think about it,” says Pauli. “The food sucks. It’s only plant leaves. You have to exploit a very constrained niche.”

To do so, tree sloths require specialized limb adaption, reduced body mass, a slow metabolic rate and claws that act like fulcrums — hooks to accommodate the animals’ need to hang in and traverse the treetops.

“This study explains why eating leaves in the canopies of trees leads to life in the slow lane, why fast-moving animals like birds tend not to eat leaves, and why animals like deer that eat a lot of leaves tend to be big and live on the ground,” says Doug Levey, program director in the National Science Foundation’s (NSF) Division of Environmental Biology, which funded the research.

The Wisconsin group, which began the NSF-supported study in 2009, used isotopically labeled water to measure the daily energy expenditure of both two- and three-toed sloths, animals that coexist in the tropical forest canopies of Central and South America.

“It takes a suite of extraordinary adaptations to survive in forest canopies, and this may help explain the lack of species diversification among arboreal folivores.”

Astonishingly, three-toed sloths, which are more specialized to their environment, expend as little as 460 kilojoules of energy a day, the equivalent of burning a mere 110 calories — roughly the same number of calories found in a baked potato. It is the lowest measured energetic output for any mammal.

“The measurement was intended to find out what it cost the sloth to live over a day,” says Pauli, who explains that a diet of plant leaves has little nutritional value and the animal’s gut size limits it to small amounts per day, so the animals need to find ways to make the most of their skimpy diet. For sloths, that means expending minimal amounts of energy through a reduced metabolic rate, dramatic regulation of body temperature and navigating the world in slow motion.

The group then compared its results with similar studies of wild arboreal folivores from other corners of the globe. The take-home message, says Pauli, is that the more specialized the tree-dwelling animal, the lower the daily energy expenditure.

“The findings reinforce the concept that arboreal folivores are tightly constrained by nutritional energetics,” Pauli notes. “It takes a suite of extraordinary adaptations to survive in forest canopies, and this may help explain the lack of species diversification among arboreal folivores.”