William J. Cronon, the Frederick Jackson Turner and Vilas Research Professor of History, Geography, and Environmental Studies at UW–Madison, has been elected to the newest cohort of Fellows of the British Academy.

Selected were 42 scholars and experts from the UK and 19 scholars from the U.S., France, Germany, Austria, the Netherlands, and Uganda, known as “Corresponding Fellows,” including Cronon.

Cronon is among the founding generation of scholars who developed the new field of environmental history. Since joining the faculty at UW–Madison in 1992 (he was previously a full professor at Yale University), he has studied, written and spoken widely on the interconnection between humans and nature. He is a founding faculty associate of the university’s Nelson Institute Center for Culture, History and Environment. His book, Nature’s Metropolis: Chicago and the Great West, explored how Midwestern landscapes shaped the growing city at the southwestern end of Lake Michigan, and vice versa. The book received the 1992 Bancroft Prize and was a finalist for the 1992 Pulitzer Prize in History. 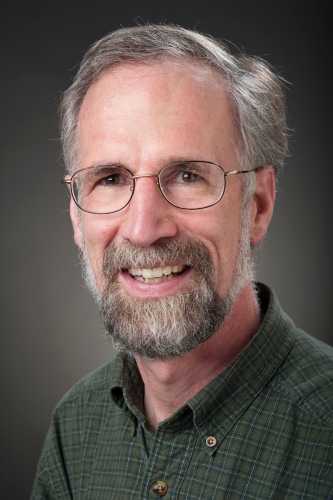 Fellows of the British Academy represent the very best of humanities and social sciences research, in the UK and globally.

“Now more than ever, we need research, scholarship and evidence from the humanities and social sciences to inform our understanding and decision-making on the most pressing challenges of our time, from identity and democracy, to sustainable development and overcoming poverty, and managing climate change,” says Lord (Nicholas) Stern of Brentford, outgoing president of the British Academy.

The British Academy invitation is the latest among many honors for Cronon, which include the Wilderness Society’s Robert Marshall Award — the organization’s highest civilian honor — for his contributions to the protection of America’s wild places; president of the American Historical Association from 2012-2013; elected Fellow to the Wisconsin Academy of Sciences, Arts and Letters in 2006; and elected Fellow to the American Academy of Arts and Sciences, also in 2006.

“This is a most unexpected and welcome honor,” says Cronon. “My interests in studying the mutual reshaping of landscapes and people was profoundly influenced by work I did at Oxford in the late 1970s, and British scholarship in this area has been important to me ever since. To be recognized by the British Academy in this way means a very great deal to me.”

Cronon won UW’s Distinguished Teaching Award in 2000. His most popular undergraduate course is “American Environmental History” (History/Geography/Environmental Studies 460).  The premise is that the familiar terrain of American history looks different when seen in an environmental context, and that one can learn a great deal about history, geography, and the environment by studying them together. The class tries to discover the value of integrating these different perspectives, and argue that the humanistic perspectives of historians and geographers are absolutely crucial if one hopes to understand contemporary environmental issues. On the final day of the course, Cronon delivers a highly-anticipated “last lecture.”