Young Mie Kim, a professor in the University of Wisconsin—Madison’s School of Journalism and Mass Communication, has been named a 2019 Andrew Carnegie Fellow by the Carnegie Corporation of New York for her research on how targeted ads influence elections. 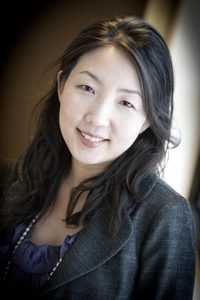 Kim’s research project, “Follow the Ad: Understanding Election Interference on Digital Platforms,” was among 32 chosen for this year’s fellowship from more than 300 nominations received across the country.

“Congratulations to Young Mie on the tremendous accomplishment of being named a Carnegie Fellow,” says UW–Madison Chancellor Rebecca Blank. “It is a distinct honor for her to be among the talented scholars selected by the jurors, and also for UW–Madison to have her receive this honor. It highlights the outstanding work she has done and the promise of her research plans.”

The fellows program was launched in 2015 to boost scholars in the social sciences and humanities as they research challenges to democracy and international order. Fellows receive up to $200,000 in funding to support them during a research sabbatical.

With her passion for policy solutions and public service, Kim testified at the Federal Election Commission‘s hearings on the rulemaking of internet communication disclaimers. She presented her research and provided expert opinions at the congressional briefings on foreign interference in elections. Kim also spoke at the European Parliament on her research on data-driven political advertising and inequality in political involvement.

Kim has taught 15 courses on a wide range of subjects including digital media, political communication, mass communication and strategic communication. As a steering committee member of the Data Science Hub at the Wisconsin Institute for Discovery, Kim helps facilitate campuswide multidisciplinary collaboration and develop ethical and professional training programs for graduate and undergraduate students who engage in data science of social inquiries.

“I am extremely honored to be chosen as a Carnegie Fellow, and am grateful for the opportunity to continue the research that I believe has vital importance to understanding how digital political campaigns, including foreign influence campaigns,  affect our elections and, ultimately, our democracy,” Kim says.

The award is for a period of up to two years and its anticipated result is a book or major study. Its overall objective is to offer fresh perspectives on the humanities and solutions to the urgent issues of today.

“Andrew Carnegie believed in education and understood its influence on the progress of society and mankind,” says Vartan Gregorian, president of Carnegie Corporation. “Over the past five years, we at Carnegie have been very impressed by the quality, range and reach of our fellows’ work. This year is no exception. We salute this year’s class and all of the applicants for demonstrating the vitality of American higher education and scholarship.”