A University of Wisconsin–Madison chemical and biological engineering professor known for his work in chemical process monitoring and control, a chemical engineering alumnus who is a leader in the pharmaceutical industry, an environmental engineer who has made significant contributions to water chemistry, and an engineering mechanics alumnus who gained international renown for his role in developing a Mars rover landing system have been elected to the National Academy of Engineering (NAE). 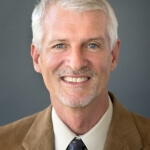 Academy members also chose alumni Brian Kelley, who has led efforts to develop bioprocess technology and cost-effective manufacturing processes for recombinant protein therapeutics, David Sedaka, who has made an impact in environmental aqueous chemistry in water reuse, contaminants and urban water infrastructure, and Adam Diedrich Steltzner, who developed the Mars Curiosity 2011 entry, descent and landing system and contributed to control of parachute dynamics.

Rawlings’ research has worldwide impact on fundamental understanding and industrial practice in the field of process monitoring and control. His research results on linear and nonlinear model-based process monitoring and control strategies in the presence of process constraints — such as limited controller power or temperature, pressure and composition limits — have led to deeper theoretical understanding of the problem, as well as new widely available plant control schemes and many process applications.

Rawlings also has been a leader in chemical engineering education through his use of technology and experiential learning in the classroom and development of textbooks for both undergraduate and graduate students. In recent years, he has co-authored “Modeling and Analysis Principles for Chemical and Biological Engineers,” “Model Predictive Control: Theory and Design” and the second edition of “Chemical Reactor Analysis and Design Fundamentals.”

Rawlings earned his bachelor’s degree in chemical engineering from the University of Texas at Austin and his doctorate in chemical engineering from UW–Madison. He was a postdoctoral fellow at the Institute for System Dynamics and Process Control at the University of Stuttgart, Germany. His research and teaching have garnered myriad honors – among them, a “Doctor technices honoris causa” from the Technical University of Denmark, the inaugural High-Impact Paper Award from the International Federation of Automatic Control, and the Ragazzini Education Award from the American Automatic Control Council, all in 2011. He also received the UW–Madison Chancellor’s Distinguished Teaching Award in 2013 and the Byron Bird Award for Excellence in a Research Publication from the UW–Madison College of Engineering. He is a fellow of the Institute of Electrical and Electronics Engineers and of the American Institute of Chemical Engineers.

Kelley is the vice president for bioprocess development with the U.S. Biologics Pharma Technical Development arm of Genentech. He oversees the unit responsible for development and tech transfer for fermentation, cell culture, chromatography and filtration operations for producing recombinant therapeutic proteins. He earned his bachelor’s degree in chemical engineering from UW–Madison in 1986 and he holds a Ph.D. from the Massachusetts Institute of Technology. Active in the American Chemical Society biotechnology division, Kelley is a fellow of the American Institute of Medical and Biological Engineering.

The Plato Malozemoff Professor in civil and environmental engineering at the University of California, Berkeley, Sedlak is co-director of the Berkeley Water Center and director of the Institute for Environmental Science and Engineering. He earned his Ph.D. in water chemistry from UW–Madison in 1992 and also holds a bachelor’s degree in environmental science from Cornell University. His research focuses on the fate of chemical contaminants in water, particularly at the local level. He developed methods for measuring steroid hormones in wastewater, and he and his students have studied the fate of hormones, as well as pharmaceuticals, toxic disinfection byproducts and other chemicals.

Steltzner earned his PhD in engineering mechanics in 1999 under Dan Kammer, a professor in the Department of Engineering Physics at UW–Madison. He is an engineer at the NASA Jet Propulsion Laboratory and, in addition to his work on Curiosity, also was the lead engineer of the Mars Science Laboratory and worked on projects that include the unmanned crafts Galileo and Cassini, the Mars Pathfinder and the Mars Exploration Rovers Spirit and Opportunity. With his rock-and-roll engineer image, he has been the subject of numerous human interest stories and has been highlighted in several TV documentaries. Steltzner holds a bachelor’s degree in mechanical engineering from the University of California at Davis and a master’s degree in applied mechanics from the California Institute of Technology.