University of Wisconsin–Madison scientists have discovered that a majority of people they tested who were taking opioid painkillers for chronic back pain produced antibodies against the drugs that may contribute to some of the negative side effects of long-term opioid use.

The findings add to a growing understanding of how the immune system can recognize drugs and influence their effects in the body, which may ultimately support the production and delivery of a vaccine that reduces the harm of opioid abuse. 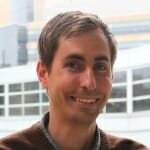 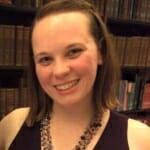 The researchers discovered antibodies against protein-bound opioids in 10 of 19 patients who took opioids to treat chronic lower back pain. Those who took higher doses of opioids had a stronger antibody response. A control group of three patients who did not take opioids for their back pain had only very low levels of anti-opioid antibodies.

For this initial study, Wenthur’s team could only identify three patients with chronic pain who had not previously taken opioids, even after a months-long radio and print recruiting campaign. This challenge was an indication of the ubiquity of these drugs, despite evidence that they are riskier options than non-opioid painkillers for treating chronic pain.

“Opioid use disorder and opioid overdoses continue to be a major epidemic in this country,” says Wenthur. “A relatively new therapeutic approach entering clinical trials is what in shorthand we call an opioid vaccine, where the immune system generates a response against the drugs. But for this approach to be successful, we need to identify the people who would benefit from that approach.”

For decades, researchers have understood that the immune system can produce antibodies against psychoactive drugs under the right conditions. While the chemicals themselves are too small for the immune system to recognize, they can permanently bind to large proteins in the blood, which can then trigger an immune response. 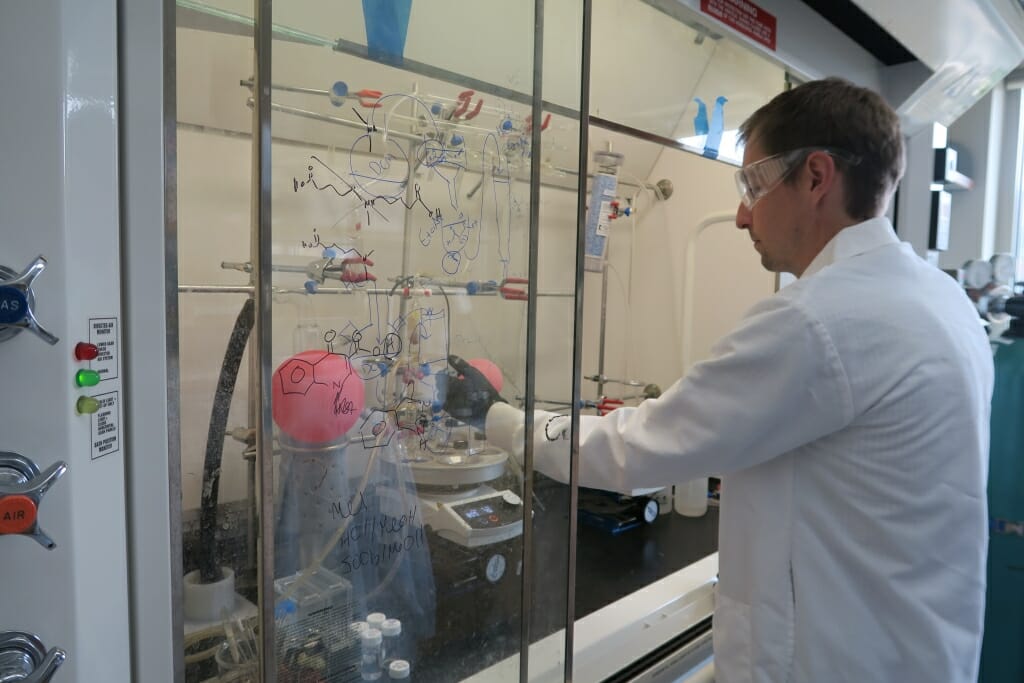 As part of their overall objective to improve the treatment of substance use disorders, the Wenthur lab is studying immune reactions to combat opioid abuse, which claims tens of thousands of lives each year in the U.S. Photo: School of Pharmacy

If a vaccine can produce antibodies capable of neutralizing the drugs, it could help people combat addiction by reducing the pleasurable feelings the drugs produce in the brain. Past trials of vaccines against nicotine or cocaine have had limited success, in part because of individual differences in how the immune system produces antibodies.

As part of their overall objective to improve the treatment of substance use disorders, the Wenthur lab is studying immune reactions to combat opioid abuse, which claims tens of thousands of lives each year in the U.S. Patients who take opioids for extended periods can develop serious side effects, including hyperalgesia, a sensitive, painful response to harmless touch. Wenthur’s team thought that the immune system’s response to the drugs might help explain these side effects.

To test that idea, they looked for antibodies against the drugs in people who took opioids. Kyzer worked with postdoctoral researchers Hyeri Park and Tyson Belz at the Scripps Research Institute to develop molecular traps for any potential antibodies. They linked the common opioids hydrocodone and oxycodone to a ubiquitous blood protein in the hopes that these drug-protein conjugates would bind to any opioid antibodies in patients’ blood.

“When we looked, we did see a correlation between recent opioid dose exposure and the amount of antibodies that we saw,” says Wenthur.

Counterintuitively, the patients who already produce a measurable antibody response to opioids may be the least likely to benefit from a potential anti-opioid vaccine. That’s because they produce a relatively weak type of antibody, known as IgM, which may reduce their ability to generate stronger, neutralizing IgG antibodies against the same drug target in the future.

As researchers advance toward a potential opioid vaccine, tests like this one proposed by the Wenthur lab might help identify the patients who are likely to benefit.

“In order to confirm these results and help us understand who might be good vaccine candidates, we need to find a larger cohort of individuals, track their opiate use history, and figure out if this is a useful biomarker for subsequent vaccine protection against overdose and for clinical outcomes like hyperalgesia,” says Wenthur.

This work was supported by the ALSAM foundation.