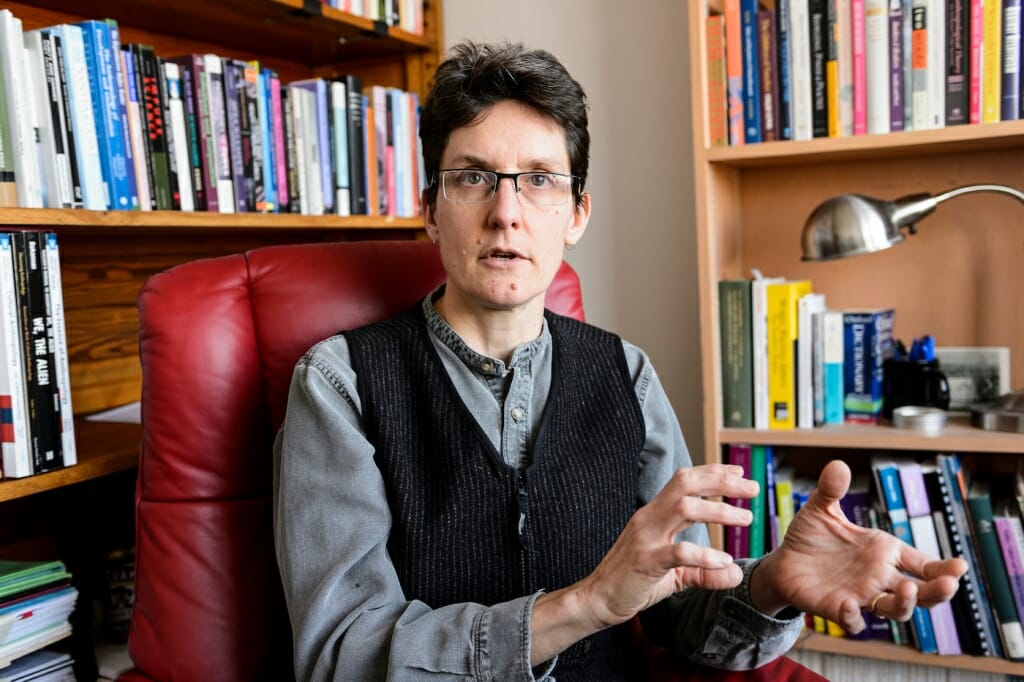 Claire Wendland, professor in the departments of Anthropology and in Obstetrics & Gynecology. Photo: Jeff Miller

Nandini Pandey, an associate professor of Classical and Near Eastern Studies, and Claire Wendland, a professor in the departments of Anthropology and in Obstetrics & Gynecology, are among the 81 winners of 2019 ACLS Fellowships. The fellowships, which range in value from $40,000-$70,000, are designed to support six to twelve months of full-time writing or research.

For Pandey, who studies ancient Roman culture and thought, the ACLS Fellowship will allow her to further work on her current project, Diversity and Difference in Imperial Rome. The book will use texts and artifacts from early imperial Rome to examine ethnic mingling in the ancient Mediterranean world as compared with today.

“What I’m trying to do is unwrite some of the dirty history that informs classical scholarship,” says Pandey. The Roman empire, she points out, was built by people, goods, gods and ideas from three continents. But in modern times, Greece and Rome have been falsely reimagined as white, European civilizations in ways that have served racist and colonialist agendas. 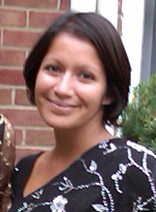 Pandey’s project “looks at the Roman sources on their own terms, where we have zero evidence of legal or economic discrimination based on race.” In contrast with trans-Atlantic slavery and its continuing legacy of inequity, Pandey observes, Roman slavery was colorblind – as were opportunities for advancement and citizenship.

“It’s fascinating how fluid you were as a member of a newly conquered group,” she says. “You had opportunities for class mobility in ways that might surprise.”

Her book hopes to explode Eurocentric myths about Rome by exploring the pragmatic and philosophical reasons why the Romans valued diversity in their political sphere, public spaces, even their dinner parties.

Wendland, who spent her early career as an obstetrician/gynecologist before entering academia, will use her ACLS fellowship to write Partial Stories: Maternal Death in a Changing African World.  Wendland’s research has focused on the ways in which people learn and practice Western-style medicine in places with scarce resources, like the tiny country of Malawi, Africa. Her current project examines the ways Malawians explain the country’s maternal mortality rate, which has fallen from once-staggering levels but remains higher than other countries in the region.

‘I’ve been listening to how people talk about maternal mortality,” says Wendland, who spent years talking to medical professionals working in Malawi as well as healers and herbalists in local communities.  “In the absence of a generally accepted explanation, people were constructing stories that provided a path forward.”

For example, in Southeast Africa, fertility—both in terms of healthy births and agricultural yields–has often been linked to the legitimacy of political leadership. In some rural villages, Malawi’s higher maternal mortality rates have been used to attack the country’s burgeoning multiparty democratic system.

But as Wendland’s book will show, the issue is far greater than politics.

“Maternal mortality is viewed as the canary in the coal mine when it comes to assessing the health of a system as a whole,” she says. “It’s not amenable to quick fixes.”

ACLS is a nonprofit federation of 75 scholarly organizations that promotes the circulation of humanistic knowledge throughout society. The ACLS Fellowship Program, currently their longest-running fellowship and grant program, is primarily supported by the ACLS endowment, along with contributions from institutions and individuals.