Online dating study shows too many choices can lead to dissatisfaction

Could there be too many fish in the sea? When it comes to online dating, that might be the case, according to researchers at the University of Wisconsin–Madison.

Jonathan D’Angelo, doctoral candidate in Communication Science, and Catalina Toma, assistant professor in the Department of Communication Arts, recently had their findings published in the print edition of Media Psychology.

“Online dating is very popular but the sheer popularity of it is creating some issues,” Toma says. “Sifting through choices is potentially problematic in that it can create the perception that the grass is always greener.” 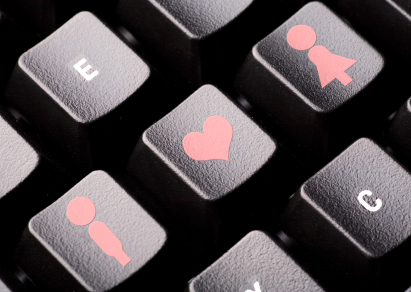 Too many choices may not be good when it comes to online dating, a new study says.

Toma and D’Angelo conducted an experiment with 152 undergraduate students to find out how the number of choices online daters are given, and whether these choices are reversible, affects romantic outcomes. What they found was that a week after making their selection, online daters who chose from a large set of potential partners (i.e., 24) were less satisfied with their choice than those who selected from a small set (i.e., 6), and were more likely to change their selection. Those who selected from a large pool and had the ability to reverse their choice were the least satisfied with their selected partner after one week.

“There can be more regret when they know there are other options,” D’Angelo says.

It’s a bit of choice overload, a theory economists use when talking about people buying products such as chocolate or pens. With relationships, the stakes – and the potential regret – are higher.

“Sifting through choices is potentially problematic in that it can create the perception that the grass is always greener.”

Researchers point to the role of counterfactual thinking: Having more choices allows people to generate counterfactuals, or evaluative thoughts about the merits of the discarded alternatives (i.e., “what might have been”), which, in turn, lower satisfaction.

And that’s when people head back online.

“When the cost of the investment of meeting someone is really low and there are tons of options you’ll explore those options,” Toma says.

Unlike objects such as pens and chocolates, their study shows, online dating is an experience, and one that unfolds over time. With pens or chocolates, one gets to sample them immediately after selecting them. With online dating, it takes time to actually experience the date. That gives time to think about whether that other grass might be greener.

So more isn’t always better. But both Toma and D’Angelo still say the benefits of online dating outweigh the drawbacks.

“You can meet people who are similar to you like you never could before,” D’Angelo says. “This research suggests that even though you’re meeting people who are potentially similar, there can be downside to having that much access.”

Studies continue to show that more and more long-term relationships start online – and the stigma that once existed against online dating has diminished. If you’re shy or have limited time, online dating can be a great option. Or if you’d like to find out if your potential date is a smoker or has kids before you actually go out on a date.

Toma started researching online dating in 2004. The landscape has changed greatly, Toma says, with the emergence of many niche dating site as well as mobile dating apps.

While the technology may keep changing, one thing won’t.

“Our human need for connection is fundamental,” Toma says. “I don’t think online dating will decrease or diminish anytime soon.”