Russia’s invasion of Ukraine has given the specter of nuclear war renewed weight as a global threat, and a new study of the environmental impact of a nuclear conflict describes dire consequences for the world’s oceans. 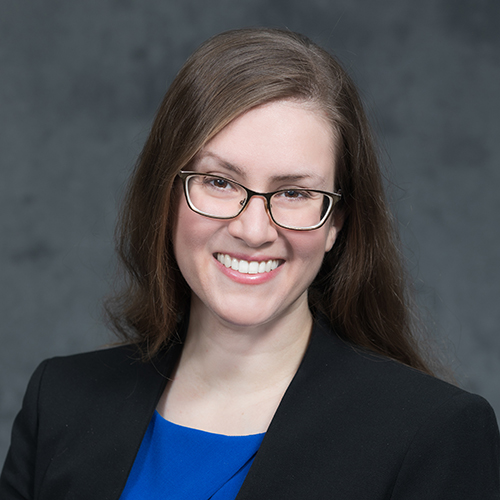 “If there were a nuclear war, these huge explosions and the firestorms they cause could throw so much soot — teragrams, or millions of tons — into the atmosphere, it would block out enough sunlight to cool the atmosphere significantly,” says Elizabeth Maroon, a professor of atmospheric and oceanic sciences at the University of Wisconsin–Madison.

In just one month after a nuclear exchange between Russia and the United States or India and Pakistan, average global temperatures would drop by 13 degrees Fahrenheit — a larger temperature change than in the last ice age — according to climate modeling by Maroon and collaborators from around the world. The research team, led by Louisiana State University professor of oceanography and coast sciences Cheryl Harrison, published their findings July 7 in the journal AGU Advances.

Even setting aside radioactive fallout, the consequences on land would be dire, including widespread crop failures. But in just a year, the planet’s interconnected oceans would enter a state unfamiliar to scientists like Maroon who study the way oceans have changed on much longer time scales. And, unlike effects on the atmosphere and on land, oceans would not fully recover within the 30-year time period covered by the researchers’ simulations of nuclear conflicts.

“Changes in the ocean take longer than in the atmosphere or on land, but our modeling shows that even in the first year after a nuclear war the ocean circulation would have started changing drastically,” says Maroon, an expert on the interplay between the Atlantic Ocean’s complex circulation patterns and Earth’s climate.

The Atlantic’s major circulation turn-around in the northern latitudes — in which warm surface water streaming north to Greenland, Iceland and Norway cools and sinks into middle depths to be drawn south again — comes unhinged.

“Within the first year or two, water in the North Atlantic sinks all the way to the bottom of the ocean, which we think has not happened even in the ice ages,” says Maroon. “In today’s ocean, only near Antarctica does water sink all the way to the seafloor.”

That unprecedented mixing and ocean circulation speed-up — which would last for about two decades — would move nutrients in the ocean vital for supporting the smallest and most numerous marine organisms, like plankton, into entirely unfamiliar conditions around the world.

It would also result in cooling so strong it would extend sea ice and render impassable major seaports that are now open year-round, and would likely cause significant damage to much of the ocean food web.

“It’s no secret that nuclear winter would be terrible,” Maroon says. “What this study shows are the lasting extent of effects we hadn’t really addressed before on ocean circulation and ecosystems and the very base of the food web.”

To read more about the study and its findings, visit: https://www.lsu.edu/mediacenter/news/2022/07/07docs_harrison_aguadvances.php