Novelist James Patterson to give commencement keynote; John Felder will be alumni speaker

Update: Due to the COVID-19 pandemic, the in-person spring commencement ceremonies at Camp Randall and the Kohl Center are being postponed. James Patterson will still be offering video remarks to graduates in May. John Felder has accepted an invitation to be the alumni speaker at the 2020 winter commencement ceremony.

James Patterson, the world’s top-selling author of the past 20 years, will give the charge to graduates as keynote speaker for spring commencement at the University of Wisconsin–Madison. 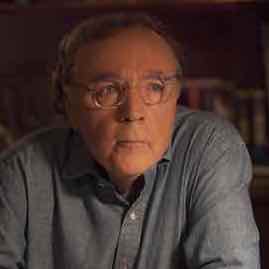 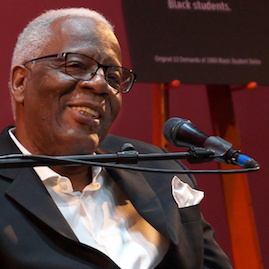 Joining him on stage will be this year’s alumni speaker, John Felder, a retired labor union administrator and one of the primary organizers of the Black Student Strike of 1969 at UW–Madison. The spring commencement ceremony will celebrate the 50th anniversary of the Department of Afro-American Studies, which was established in 1970 as a leading outcome of the strike.

Patterson, the creator of the Alex Cross and Women’s Murder Club series of novels, is considered the most successful author today of adult fiction, with sales of 400 million. He has had 96 titles reach No. 1 on the New York Times Best Sellers List and is featured in the “Guinness Book of World Records” as the first author to sell 1 million e-books.

Along with his wife Susan, a UW–Madison alumna, Patterson has become a prominent advocate for college affordability and youth literacy. The couple has given more than 3 million books to schoolkids and the military, donated more than $70 million to support education, and endowed more than 5,000 college scholarships for teachers. At UW–Madison, the Pattersons provide financial support to more than 150 students each year across multiple disciplines and through various scholarship funds, including the Chancellor’s Scholarship Program.

“We are thrilled that someone of James Patterson’s stature, international acclaim, and generosity has agreed to share his insights with our graduates,” Chancellor Rebecca Blank says. “Very few people have reached Mr. Patterson’s level of success or had such a profound impact on education and the lives of students.”

Susan (Solie) Patterson earned bachelor’s and master’s degrees in art from UW–Madison and was an All-American swimmer during her time on campus in the late 1970s. The couple met as co-workers at an ad agency and have co-authored children’s picture books together, including the New York Times bestseller, “Big Words for Little Geniuses.”

James Patterson’s works include many books for young-adult readers, such as the Max Einstein series, intended to inspire an interest in science in middle-school girls. He founded ReadKiddoRead to get young people excited about reading.

Patterson’s impact on pop culture goes deep. The 1997 thriller “Kiss the Girls,” starring Morgan Freeman and Ashley Judd, is based on his bestseller by the same name, as is the 2001 sequel, “Along Came a Spider.” In 2012, Tyler Perry played the lead character in the film “Alex Cross.”  The television series “Zoo,” based on Patterson’s bestseller by the same name, aired for three seasons on CBS.

James Patterson has been the world’s top-selling author of the past 20 years.

John Felder was one of the primary organizers of the Black Student Strike of 1969.

As this year’s alumni speaker, Felder will represent the many students who participated in the Black Student Strike of 1969 at UW–Madison. The strike unfolded over two weeks in February of that year and involved black students and thousands of their allies protesting what they considered meager progress by the university’s administration on race-related campus goals. The students held rallies, boycotted classes, marched to the state Capitol, took over lecture halls, and blocked building entrances.

“There was such resistance, such a refusal to do anything, that we thought that it was necessary for us to go on strike,” says Felder, who served as a spokesperson for the striking students.

Along with the creation of the Afro-American Studies Department in 1970, the strike is credited with renewing the administration’s commitment to hire and promote more faculty and staff of color.

“As we continue to work on making UW–Madison more welcoming and inclusive, it is important to acknowledge where we’ve been and to recognize those alumni whose efforts and activism brought real change to our campus,” Blank says. “They raised important issues, and we remain in their debt.”

Felder earned a bachelor’s degree in economics history from UW–Madison in 1974. Early in his career, he taught freshman orientation classes at Hunter College in Manhattan. He spent 23 years as an administrator with Teamsters Union Local 237 in New York, retiring in 2008 as director of membership. He resides in Brooklyn, New York.