The Medical College of Wisconsin (MCW) and the University of Wisconsin–Madison have received a four-year, $5 million grant from the National Institutes of Health’s (NIH) National Institute of Neurological Disorders and Stroke to study brain networks in people with epilepsy. This clinical study, called the Epilepsy Connectome Project, will use state-of-the-art noninvasive brain imaging methods to understand how communication between brain areas changes as a result of epilepsy, and how these changes contribute to seizure recurrence and other health problems associated with epilepsy.

Jeffrey Binder, professor of neurology and biophysics at MCW, and Elizabeth Meyerand, professor and chair, Department of Biomedical Engineering at UW–Madison, are the principal investigators on the project, which also involves 14 other key team members from both institutions. Teams at Froedtert Hospital, Aurora Health Care and Marshfield Clinic are also involved. 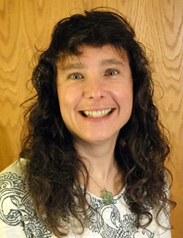 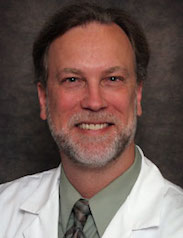 The term “connectome” refers to the complex network of fiber connections that link brain regions, and the relative strength of these connections. Beginning in January 2016, the Epilepsy Connectome Project will be the first effort to describe these complex networks in a large group of individuals with a well-defined neurological condition. Researchers will collect detailed connectome measurements in 200 adults with temporal-lobe epilepsy from across the state of Wisconsin. These results will be compared against healthy control data from the NIH’s Human Connectome Project to determine whether systematic changes occur in people with epilepsy. Variations in the connectome will be examined to determine relationships with clinical outcomes such as frequency of seizures, responsiveness to seizure medication, and changes in cognitive abilities.

“Through this collaboration, we are hopeful that our findings from the Epilepsy Connectome Project will lead to new tools allowing optimal diagnosis and individualized treatment for people with epilepsy,” says Binder. “The expertise at MCW and UW–Madison in physics and functional MRI technologies, as well as in functional connectivity studies, make this collaborative group an ideal one to conduct this study.”

“Cutting-edge imaging technology and methods will allow us to generate a much more comprehensive picture of brain changes due to epilepsy than has ever before been possible.”

According to the Centers for Disease Control and Prevention, when counting both children and adults, about 2.9 million people in the United States have active epilepsy. The study will focus on temporal-lobe epilepsy, the most common form of epilepsy in adults.

In 2009, the NIH launched a large-scale effort, called the Human Connectome Project, to measure connectomes in a large set of healthy people and detect variations that relate to individual differences in brain function and ability. The size and strength of the connections can be measured with advanced MRI methods such as diffusion tensor imaging (DTI) and functional MRI (fMRI), as well as with magnetoencephalography (MEG), a technique that measures tiny magnetic fields produced by brain activity. The resulting set of connection measurements constitutes a detailed map of the brain’s functional networks.

“Cutting-edge imaging technology and methods will allow us to generate a much more comprehensive picture of brain changes due to epilepsy than has ever before been possible,’’ says Meyerand, who also holds a faculty appointment in medical physics. “We are excited at the prospect that this close collaboration between two stellar Wisconsin institutions will yield impactful advances in patient care.”

Study participants, adults between the ages of 18 and 60, will be studied in an outpatient setting where they will undergo MRI and MEG imaging and participate in mental ability tests.