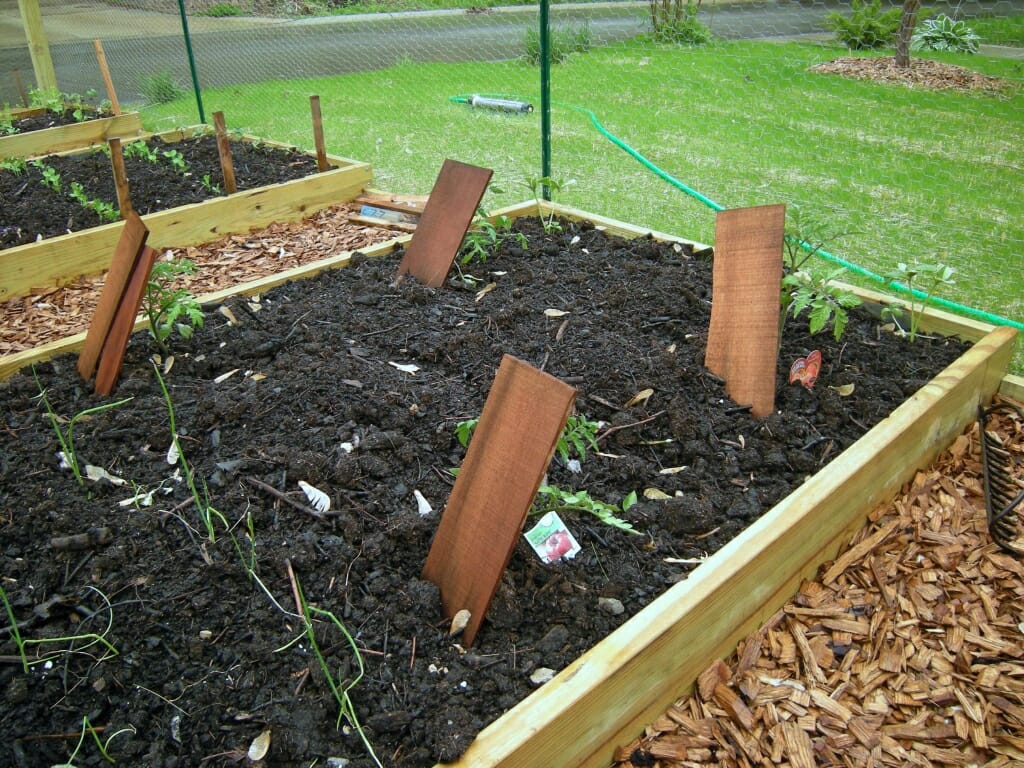 Vegetable gardens located close to buildings painted before 1978 may contain lead. The new soil placed in these raised beds should reduce any lead exposure. Photo by David Tenenbaum

As Milwaukee, Flint, Michigan and other cities grapple with the toxic impact of lead water pipes, another lead-contamination hazard lurks in soil.

The nervous-system damage of lead is irreversible and intolerable, and so preventing exposure is the only real defense.

Not all lead compounds are created equal, in terms of how easily they move from the soil, both inside and outside the lab. Yet standard tests for lead in soil do not give a full picture of bioaccessibility. 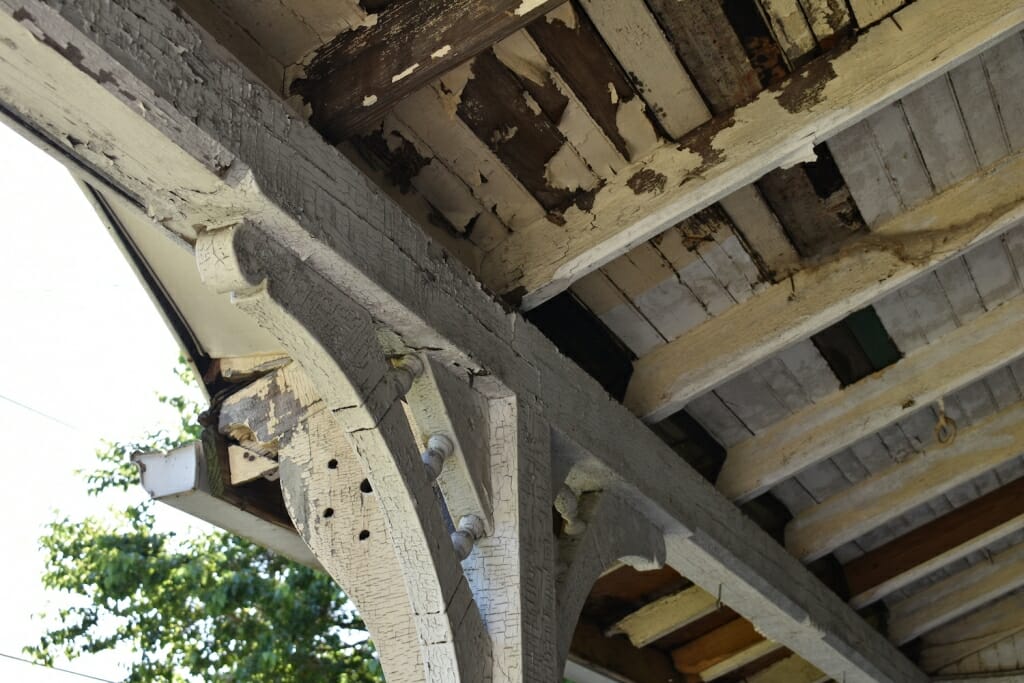 Lead paint is not always as obvious as this. Paint flaking from walls can contaminate soil within 20 feet of a building. Creative Commons

In a study published Oct. 12 in Environmental Science and Technology, University of Wisconsin–Madison researchers describe a way to use a common, low-cost soil test to determine how much of the lead is bioaccessible, and therefore dangerous.

A second factor in determining the hazard of lead in soil, called bioavailability, measures how easily it can move from the gastrointestinal tract into the bloodstream.

Although the terminology is confusing, Douglas Soldat, a lead expert and professor of soil science at the University of Wisconsin–Madison, says they tend to be related: A bioaccessible lead compound is usually bioavailable as well. Because lead is extremely toxic, immobilizing it in soil and reducing its uptake in the gastrointestinal tract both benefit public health.

The test described by Soldat and his former graduate student Shannon Plunkett focuses on lead phosphate, which is relatively insoluble soil. Lead carbonate, a pigment historically used in paint, binds less tightly and therefore is more mobile in the soil. “If our goal is to keep lead out of the body, the less soluble forms are more desirable,” says Soldat.

The new testing approach uses the Mehlich 3, an existing and affordable soil-nutrient test, to evaluate lead bioaccessibility. By simultaneously measuring total lead and Mehlich-3 lead, it’s possible to estimate what percentage is immobile.

Lead was found in house paint until 1978 and frequently remains in soil near foundations, posing a threat to vegetable gardeners and playful children.

In Southwest Wisconsin, more than a century of lead mining has left ground-level hot spots where lead ore was extracted, processed or shipped.

The analytical tactic explained in the new study could be used by homeowners or tenants concerned about lead in soil, or by landowners in areas of known or suspect lead contamination.

The new analysis based on Mehlich 3 could also be used to evaluate a growing tactic for immobilizing lead: adding phosphorus to soil to increase the formation of low-mobility lead phosphate. The strategy, called in situ (on site) remediation, has been applied to broadly polluted areas where soil removal or “capping” is not feasible.

Phosphorus addition has shown promise in hundreds of studies, notes Plunkett, but the results depend on many factors, including the type of phosphorus used and soil properties like acidity. Until now, measuring how much lead-phosphate remediation affects mobility using EPA-approved tests, which cost about $200 per sample, has been a difficult and expensive proposition.

The Mehlich 3 results that Soldat and Plunkett reported closely paralleled the Environmental Protection Agency’s “1340” test, which is the accepted way to assess lead bioaccessibility, but at a much lower cost.

The Mehlich 3 test and total lead tests are offered at the University of Wisconsin Soil and Forage Laboratory and the Milwaukee Health Department Laboratory.