Mild-mannered Dr. Jekyll and malicious Mr. Hyde were opposite aspects of the same man, and their story ended in tragedy because the two couldn’t peacefully coexist.

Most materials, too, are capable of being only one thing at a time, but a team of engineers and physicists at the University of Wisconsin–Madison have created an entirely new material in which completely contradictory properties can coexist. 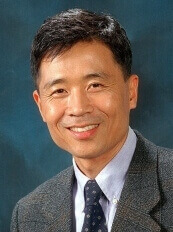 The compound, which the researchers described in a study published April 20 by the journal Nature, is a polar metal.

“Polar metals should not be possible,” says Chang-Beom Eom, the Theodore H. Geballe Professor and Harvey D. Spangler Distinguished Professor of materials science and engineering, who led the research.

Undeterred by the laws of the universe, Eom and colleagues created a compound that is a scientific oxymoron. Through a new synthesis approach supported by computational modeling, the group made a crystal with multiple personalities: part polar, part metallic.

Metals conduct electricity because electrons flow freely throughout them. Polar materials, by contrast, impede the free flow of electrons and work as electrical insulators.

Eom’s team needed to find something that can demonstrate both insulating and conducting properties. First, they separated the polar and metallic parts of the crystal. Some electrons gave rise to the metallic nature, moving within the material to conduct electricity. Other electrons contributed to the polar properties.

Undeterred by the laws of the universe, Eom and colleagues created a compound that is a scientific oxymoron.

However, because the natural molecular structure of the material is symmetrical, even after separating the two components, the material as a whole would not act polar. Equal and opposite arrangements of electrons canceled each other out. To overcome this obstacle, the researchers synthesized the substance with slightly off-kilter atoms, which threw off the internal symmetry enough to make the material polar.

“The initial calculations that the theory suggested did not show the polar nature so we experimentally tested the materials, then went back and improved the models,” says Eom. “We looped between theory and experiments, but most importantly, we actually created the material, demonstrated its polar and metallic properties, and developed an understanding of how this is happening.”

Ultimately, Eom and colleagues made the polar metal by painstakingly growing thin films of material one atom at a time. Crucially, they grew the substance on top of a supporting lattice with a slightly offset molecular organization. Tightly clamping the growing film to this support skewed the internal arrangement of their material, stabilizing its internal geometry in the asymmetrical orientation necessary to maintain polarity.

Their approach is an attempt to accelerate the discovery of multifunctional materials with unusual coexisting properties, paving the way to devices with the ability to perform simultaneous electrical, magnetic and optical functions.

Synthesizing and characterizing this first-of-its-kind material required patience and precision. The researchers counted every atom deposited on the surface, as the substance slowly grew one layer at a time. They then used multiple complex optical and electronic and structural measurements to determine its properties.

Their approach is an attempt to accelerate the discovery of multifunctional materials with unusual coexisting properties, paving the way to devices with the ability to perform simultaneous electrical, magnetic and optical functions.

“This has been a complex effort, and theoretical and experimental contributions from all collaboration members has been essential. The project would not succeed otherwise,” says Eom.

EMBARGOED BY THE JOURNAL NATURE UNTIL NOON CENTRAL DAYLIGHT TIME ON APRIL 20, 2016