The service derives and genetically engineers pluripotent stem cell lines for stem cell researchers at UW–Madison. It operates in conjunction with the iPS (induced pluripotent stem cell) Core at the Waisman Center, and together, both campus resources are called the UW–Madison iPSC Reprogramming and Human Stem Cell Gene Editing Service (iPSC). 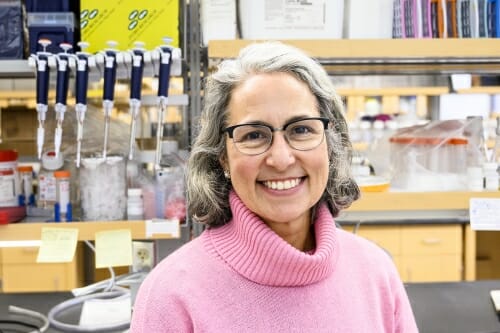 With 12 or more projects underway at any time, the service is approaching resource capacity and will need to expand if it is to also offer services off campus, explains Anita Bhattacharyya, Waisman Center investigator and assistant professor of cell and regenerative biology. Bhattacharyya co-directs the iPSC service with Su-Chun Zhang, professor of neuroscience and neurology at the Waisman Center.

“Our goal is to provide the technology — we make the human stem cell lines that people want — so that the labs can focus on addressing the underlying scientific questions,” Bhattacharyya says. It can take three to six months, on average, to produce a human stem cell line.

The service is one of a half-dozen CRISPR-related research and infrastructure projects jump-started by the UW2020 Initiative, which funds projects that have the potential to fundamentally transform a field of study.

UW2020 also supports projects that require significant development prior to securing external funding, and is administered by the Office of the Vice Chancellor for Research and Graduate Education with financial support from the Wisconsin Alumni Research Foundation. 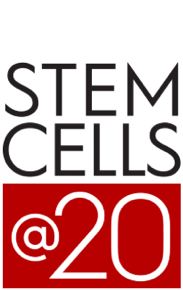 “Our goal is to provide the technology — we make the human stem cell lines that people want — so that the labs can focus on addressing the underlying scientific questions.”

CRISPR-Cas9 is short for clustered regularly interspaced short palindromic repeats, which describes particular types of DNA sequences, and the CRISPR-associated protein 9, which is an enzyme that cuts foreign DNA.

A CRISPR-Cas9 system can be programmed to target specific stretches of genetic code and edit DNA at precise locations. With it, researchers can permanently modify genes in living cells and organisms, making it possible to correct mutations in the human genome, tag proteins for biochemical analysis for drug screening, and much more. 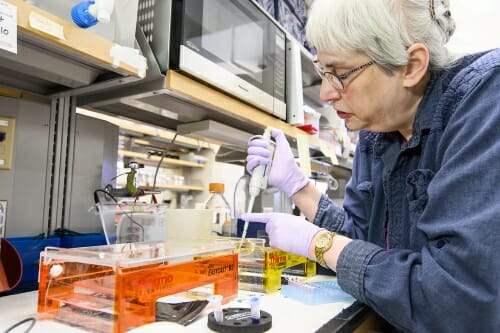 While there are other CRISPR services on campus, only the iPSC service handles CRISPR for human stem cells.

“One advantage of the CRISPR core being housed in the human iPS core at Waisman is that we can simultaneously obtain a patient sample, make iPS cells from that sample and then gene edit them right away, which saves time,” Bhattacharyya says. “For graduate students on a specific time frame for a project, this is a critical time-saving resource. It also can be very helpful to young investigators who may have start-up resources but lack the staff they need in their labs.”

She has used the service for her own research into fragile X syndrome and Down syndrome. The iPSC service has also made stem cell lines for cardiology labs and others across campus.

“These kinds of lines are becoming very important for reproducibility and generating robust results that are due to specific mutations and not just to human variability,” Bhattacharyya says.

“The explosion of CRISPR-Cas9 and gene editing in human pluripotent cells has changed the types of questions that these cell types can address and I think will help drive many advances in the coming years.”

The service also creates reporter lines — stem cells that are engineered so that when they differentiate into a specific cell type (cardiac muscle cell, for example), they display a detectable change. Certain cell types can now be “tagged” with specific fluorescent colors.

Professor of Pediatrics, Internal Medicine, and Medical Microbiology and Immunology Bruce Klein and his graduate student Richard Merkhofer are using the iPSC’s services to help them track down immune-system-related genetic mutations specific to people of Hmong descent. They’ve enabled the researchers to do this more efficiently than older methods, says Andy Petersen, a gene-editing service scientist at the core. 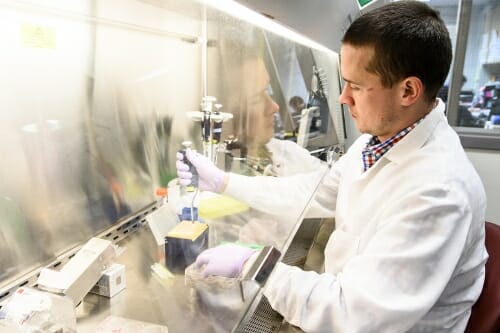 “The explosion of CRISPR-Cas9 and gene editing in human pluripotent cells has changed the types of questions that these cell types can address and I think will help drive many advances in the coming years,” he says.

For instance, in October 2018, the National Institutes of Health’s Somatic Cell Genome Editing Consortium announced it is funding a project led by Shaoqin Gong, professor of biomedical engineering at the Wisconsin Institute for Discovery, and her collaborators, including Professor of Biomedical Engineering Krishanu Saha, Professor of Pathology Subhojit Roy, and Wisconsin National Primate Research Center researchers Marina Emborg and Jon Levine.

Their goal is to develop nanoparticles capable of delivering CRISPR to neurons in the brain to treat neurodegenerative diseases like Alzheimer’s. It builds upon UW2020-funded work out of Roy’s lab to use CRISPR to “cut and silence” the aberrant proteins that lead to Alzheimer’s disease and its progression.

According to the feedback he has received, Petersen says the cell lines the service has generated are leading to better publications and grant submissions.

Their goal is to develop nanoparticles capable of delivering CRISPR to neurons in the brain to treat neurodegenerative diseases like Alzheimer’s.

For instance, teams led by Saha and David Gamm, professor of ophthalmology and visual sciences, were recently granted a major award from the NIH to improve genome-editing therapies in the eye.

It builds on another UW2020 project and award granted to Saha, and on studies by Gamm, who nine years ago grew in the lab the first early retinal structures from human induced pluripotent stem cells. Today, Gamm also uses multiple cell lines developed by the iPSC service to optimize and improve his efforts.

Petersen says the active community of stem cell researchers at UW–Madison largely drives the service’s success. He originally worked in Zhang’s lab and brought with him to the iPSC service expertise that enabled him to take advantage of the collaborative work environment at the Waisman Center.

“The primary techniques that we use for the majority of our projects were designed and optimized in other labs at the UW,” Petersen says, noting specifically Zhang and Saha’s labs and the labs of the Waisman Center’s Xinyu Zhao, professor of neuroscience at the Waisman Center, and Qiang Chang, professor of medical genetics and neurology. “While we were adopting them, we would regularly consult with the labs that developed the techniques to help overcome some of the bottlenecks and troubleshoot our issues.”

Though simple in concept, the tools offered and developed by the iPSC service must also be sophisticated to meet the expanding needs of researchers.

To scientists: “Theoretically, CRISPR is easy,” Bhattacharyya says. “For the general public, it is easy to understand, and for many labs it’s just easy to do — it works almost every time. You can do it on almost any cell. It’s ubiquitous. It can be used on everything from crops to human stem cells and mosquitoes.”

But though simple in concept, the tools offered and developed by the iPSC service must also be sophisticated to meet the expanding needs of researchers. Bhattacharyya and the team are confident they can continue to innovate.

The UW–Madison Human Stem Cell Gene Editing Service is also supported in part by a core grant to the Waisman Center from the National Institute of Child Health and Human Development (U54 HD090256). Gong’s project is funded by NIH Grant 1UG3NS111688-01. One of Saha’s projects is funded by NIH Grant U01HL145792-01 and another by the Gund-Harrington Scholar Award.