New carnivorous plant must balance trapping prey and being pollinated

Triantha occidentalis makes its home in wetlands and bogs from Alaska to California and inland to Montana. In the summer, it shoots up tall flowering stems coated with sticky hairs that trap small insects like gnats and midges. The scientists discovered that the plant acquires more than half of its nitrogen by digesting these ensnared insects, a welcome treat in its nutrient-poor habitat. 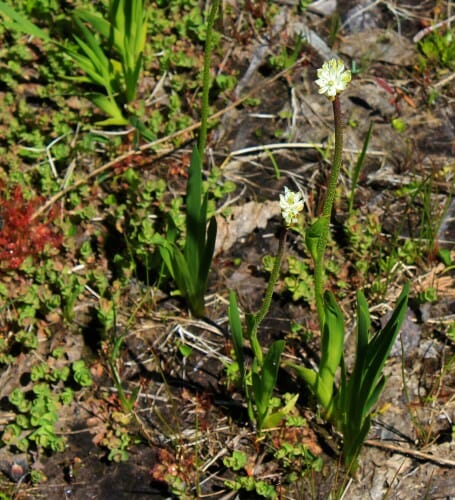 “What’s particularly unique about this carnivorous plant is that it traps insects near its insect-pollinated flowers,” says lead author Qianshi Lin, who was a doctoral student at UBC at the time of the study. “On the surface, this seems like a conflict between carnivory and pollination because you don’t want to kill the insects that are helping you reproduce.”

However, the plant appears to be capable of sorting out friend from food.

“We believe that Triantha occidentalis is able to do this because its glandular hairs are not very sticky, and can only entrap midges and other small insects, so that the much larger and stronger bees and butterflies that act as its pollinators are not captured,” says Tom Givnish, a UW–Madison professor of botany and co-author of the report.

The discovery was led by Lin and Sean Graham of UBC, who collaborated with Givnish and Cecile Ané, a UW–Madison professor of botany and statistics. The researchers reported their findings Aug. 9 in the Proceedings of the National Academy of Sciences.

Graham had previously led an analysis of Alismatales genomes when his team noticed that Triantha had lost a gene that is often missing in carnivores. Combined with its penchant for trapping insects and its proximity to other known carnivorous plants, Triantha looked like an excellent candidate for being the next carnivore in the plant kingdom. 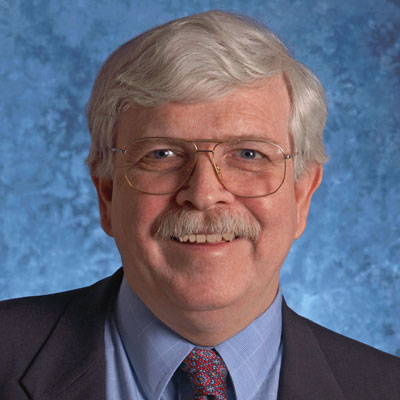 Triantha’s environment also seemed conducive to carnivory. The carnivorous lifestyle is so energy intensive for plants that plenty of water and light seem necessary to allow it to evolve.

“Only in habitats in which nutrients and nutrients alone are limiting would you expect carnivory to be an advantage,” says Givnish, who has previously studied the conditions that give rise to carnivory and discovered other carnivorous plants unrelated to Triantha. Insects can be excellent sources of nutrients the soil lacks, especially nitrogen and phosphorus.

In field experiments, Lin fed Triantha with fruit flies labeled with the stable isotope nitrogen-15, which allowed him to track the nutrient as it entered the plant. Ané helped Lin analyze the outcome of the experiments.

With the help of models Givnish developed, the researchers calculated that the plant acquired up to 64% of its nitrogen from insects, similar to known carnivorous plants and far above the level absorbed incidentally by non-carnivorous plants.

Lin also found that Triantha belongs to the group of carnivorous plants capable of directly digesting their prey. It produces an enzyme called a phosphatase, which can break down phosphorous-bearing nutrients in its prey. Some carnivores instead rely on microbes to initially digest prey in pools of water before the plant can soak up the leftovers.

Some other Triantha species, including Triantha glutinosa in Wisconsin, also have sticky hairs that trap insects, while others don’t. In the future, the researchers plan to study more species to see how widespread carnivory might be among the Triantha genus.

“It seems likely that there are other members of this group that will turn out to be carnivorous,” says Givnish.

The fact that Triantha’s carnivorous lifestyle escaped notice for so long despite the plant’s abundance and its growth near large cities suggests that more carnivorous plants are waiting to be discovered off the beaten path.

This work was supported in part by the National Science Foundation (grant DEB 1557906).