New approach for breaking plastics down shows promise for ‘upcycling’ them 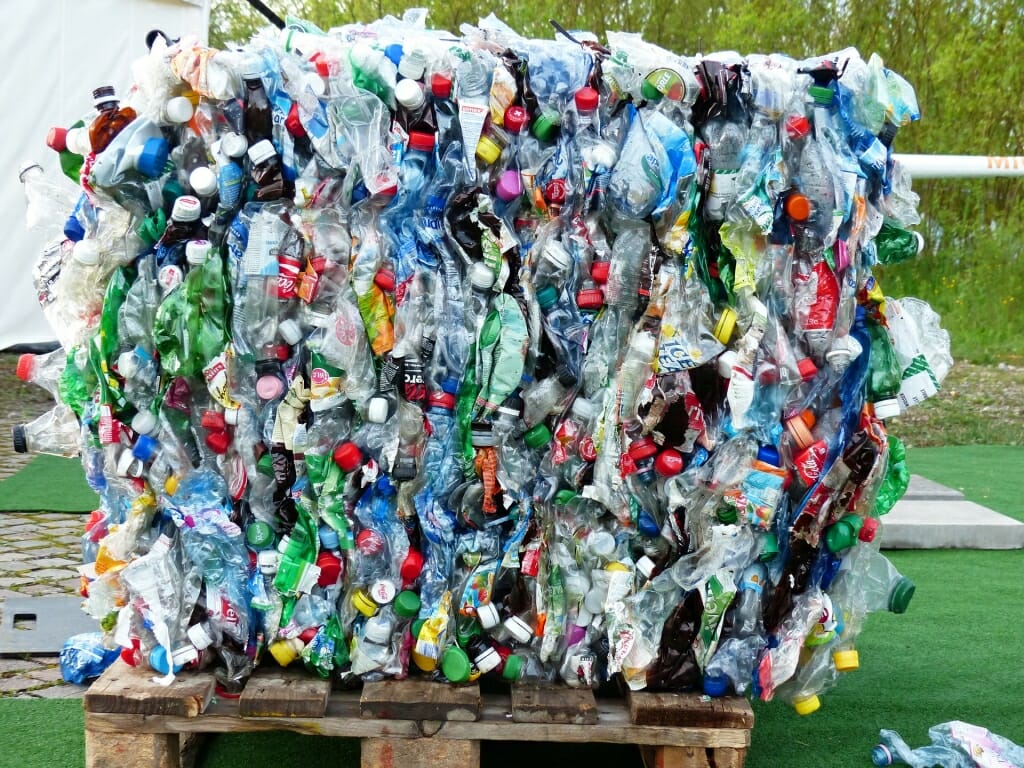 Plastic materials are difficult to recycle because of the wide variety of plastic types and the various pigments and additives mixed in with them. “The current plastic infrastructure is not sustainable right now,” says George Huber. Pixabay

Many of us fastidiously clean and sort our yogurt containers, milk jugs and mountains of other plastic waste each week, getting that packaging ready for the recycling bin. But of the billions of tons of plastics produced between 1950 and 2015, only 9 percent was actually recycled, according to a 2018 study.

“We don’t have the technology to really recycle plastic,” says George Huber, a University of Wisconsin–Madison  professor of chemical and biological engineering. “Thirty percent of our plastic is ending up in the environment. The current plastic infrastructure is not sustainable right now.”

Huber hopes to close the loop on plastics recycling through a new research venture that leverages his expertise in biofuels. For the last 15 years, he has focused primarily on biomass, leading efforts to turn wood wastes and other sources of plant biomass into sustainable liquid fuels. Much of that research involves pyrolysis, or heating up the biomass in a low-oxygen environment in the presence of a catalyst.

Motivated by reports of all of the plastics polluting our oceans in recent years, Huber began wondering if pyrolysis could help in recycling plastics, as well. Plastic materials are difficult to recycle because of the wide variety of plastic types and the various pigments and additives mixed in with them. Most recycled plastic is mechanically ground up and “downcycled” into lower quality, nonrecyclable products like carpet fiber or polyester thread. Pyrolysis, however, can break the plastic down into chemical “feedstocks,” which could then be recycled (upcycled) into fuel or even used to create new virgin plastic, a process that could be repeated dozens or even hundreds of times.

“We started thinking about whether we could pyrolyze those plastics and what we could make if we did that,” Huber says. “We literally took our reactor, where we were pyrolyzing biomass, and instead of adding wood into the feed, we added plastic and made a liquid oil. And then we analyzed the chemistry.”

The research team melted down polyethylene, the versatile plastic found in shampoo bottles and grocery bags, increasing its temperature from 500 to 600 degrees Celsius. Huber, along with his graduate student Dongting Zhao, then analyzed the liquid and gas products of that pyrolysis. The details of their research were published in the journal ChemSusChem.

“We’re trying to provide more molecular-level information about the chemicals that you can make from pyrolysis,” Huber says. “That gives us ideas about how we can more efficiently go back to the original plastics.”

Much of the pyrolyzed polyethylene breaks down into mono-olefins, which could act as a feedstock for producing new polyethylene. Huber and others are currently investigating two more steps, including more catalytic conversion and steam cracking, needed to transform the pyrolyzed liquids into virgin plastics. He and his collaborators are also pyrolyzing and conducting similar molecular analysis of other types of plastics to understand what chemical feedstocks they produce.

In the near future, he believes, pyrolysis could lead to true closed-loop plastic recycling. Eventually, it will be possible to pyrolyze large bales of mixed plastics and run the resulting liquid over catalyst beds to separate out their various chemical components. Those could then be reprocessed into various virgin plastic polymers.

The new process can’t come too soon. Recycling programs took a big hit in 2018 when China, the world’s largest recycler, tightened its rules and began turning away almost all of the plastics it previously accepted. The U.S. recycling industry is still struggling to adapt. Huber believes that pyrolysis-based recycling could lead to a domestic recycling industry with regional centers across the U.S. and around the world.

“It’s all a question of scale,” he says. “As long as you can get enough waste plastics in one central location, it can be economical.”

Huber and several colleagues recently proposed a new multi-university research project called the Center for Chemical Upcycling of Plastic Waste, which would study and refine the plastic recycling process.

“Plastics are the most common engineered material and have very tunable properties,” says Huber, who points out that because of their usefulness, plastics aren’t going away anytime soon. “But they last thousands of years and pollute our environment. So, we really need to develop the technology to learn how to reuse them more efficiently.”

This research was funded by the Wisconsin Alumni Research Foundation and the Chinese Science Foundation.