With only three minutes to give a “lightning round” presentation, Lynet Uttal and Fabiola Hamdan had to make their time count. So they acted out the phone calls that brought them together.

A simple question — “Fabi, can you come talk to my class?”— turned into a partnership that has lasted for over a decade. Uttal, a professor of counseling psychology at the University of Wisconsin–Madison, and Hamdan, a community senior social worker for Dane County, collaborate in academic and community workshops to help participants understand and work more effectively with the needs of Latino immigrant families.

UW-Madison researchers and community partners shared dozens of stories like this at “Progressing Together: Campus & Community Summit,” presented on Friday, Feb. 5, by the Morgridge Center for Public Service at the Discovery Building’s Town Center. 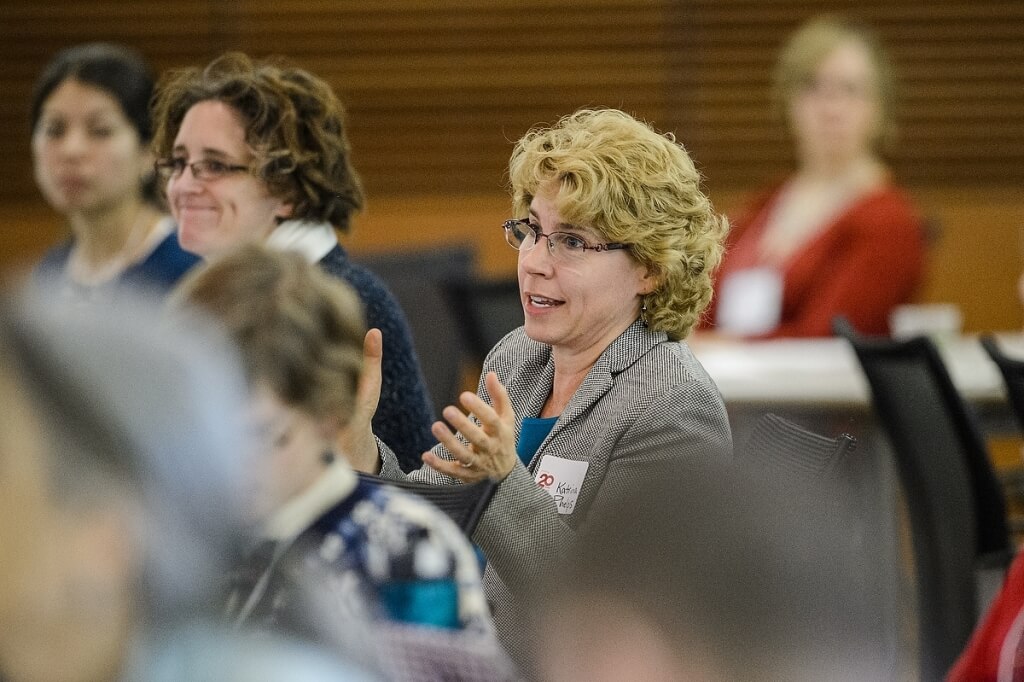 The event shared successful, academically rigorous research and reaffirmed the value of the connections that keep the doors open between the university and the community in and around it.

“The city depends on the university; there are thousands and thousands of students and staff who are the city,” said presenter Heather Allen, legislative analyst for the Madison Common Council and a community partner with Morgridge director Kathy Cramer’s First-Year Interest Group (FIG) on Citizenship, Democracy and Difference. “We are interdependent, but we don’t act that way.”

The event kicked off the Morgridge Center’s 20th anniversary celebration, taking place throughout 2016. Philanthropists John and Tashia Morgridge spoke about the “whys” that drove them to create the center. 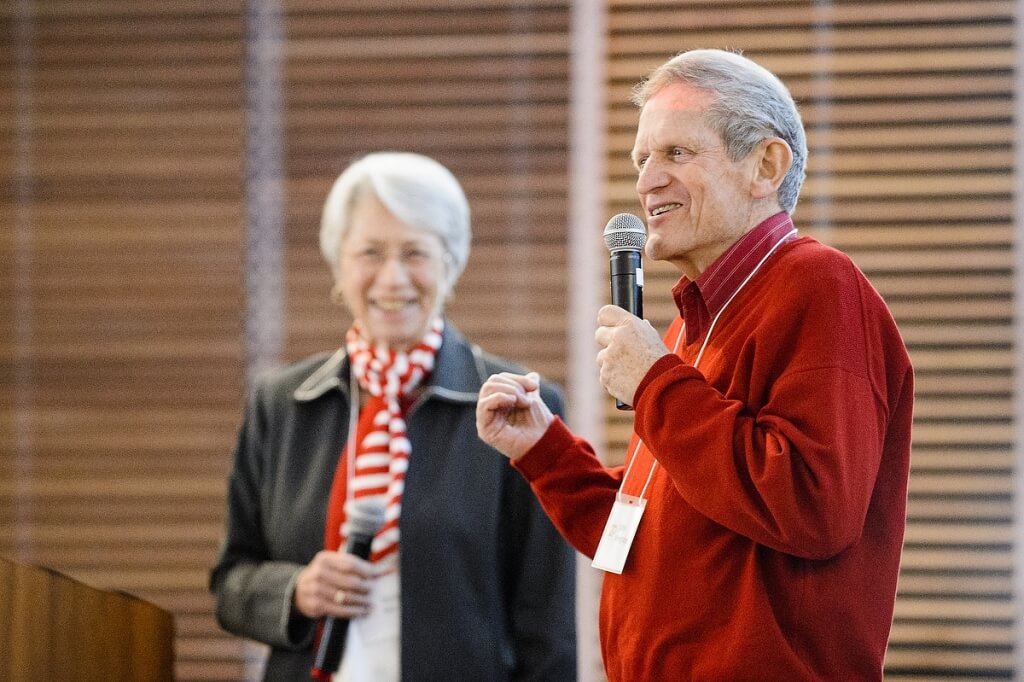 John and Tashia Morgridge spoke about the “whys” that drove them to create the center. Photo: Bryce Richter

“You’ve got this group of energetic, idealistic students at a university who have all this creative thought and energy that can be used in one way or another!” said John Morgridge, prompting a ripple of laughter. “There was a community and a culture of giving back, not just to the local community but on a broad basis.”

The Town Center bustled all day with discussion and the seeds of future collaboration. Faculty, staff and students gave dozens of lightning round presentations and showed off work in poster displays.

Small-scale connections have made a difference, too. When Margaret Nellis of University Health Services needed a cart to transport material for a community garden, she called on engineering students to build one. 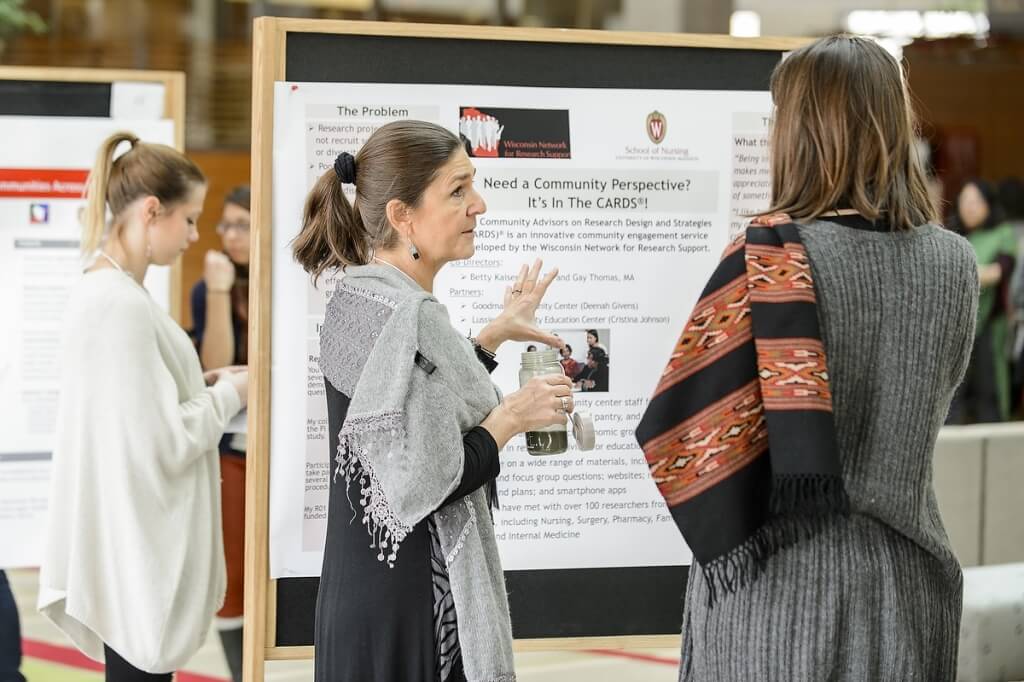 Presenters discuss details of their projects as the Town Center bustled with activity. Photo: Bryce Richter

“There’s something to be said for taking the time, being with one another, hearing from people in person what they’re working on,” said Cramer, a professor of political science in addition to her Morgridge leadership. “That’s not a surprise, but you forget how good that feels.”

Monica Schwartz shared her experiences with professors and staff as a colleague, not a student. Less than a year after an internship at Madison’s Neighborhood House Community Center and her 2015 graduation with a major in community and nonprofit leadership, Schwartz became the Neighborhood House program director.

With just four staff members, Neighborhood House couldn’t offer its current breadth of youth programs without the web of connections revealed through the Morgridge Center. Schwartz found her own interns through the professors she studied under, and one of the university’s Adult Role Models in Science (ARMS) clubs meets there.

“We don’t have expertise to teach all of these clubs in the depth that we can if we have someone else come in and teach it,” said Schwartz. “It’s really important to bring people together to have an effective collaboration and build a strong network, and that’s the best thing for our students. It’s invaluable.”