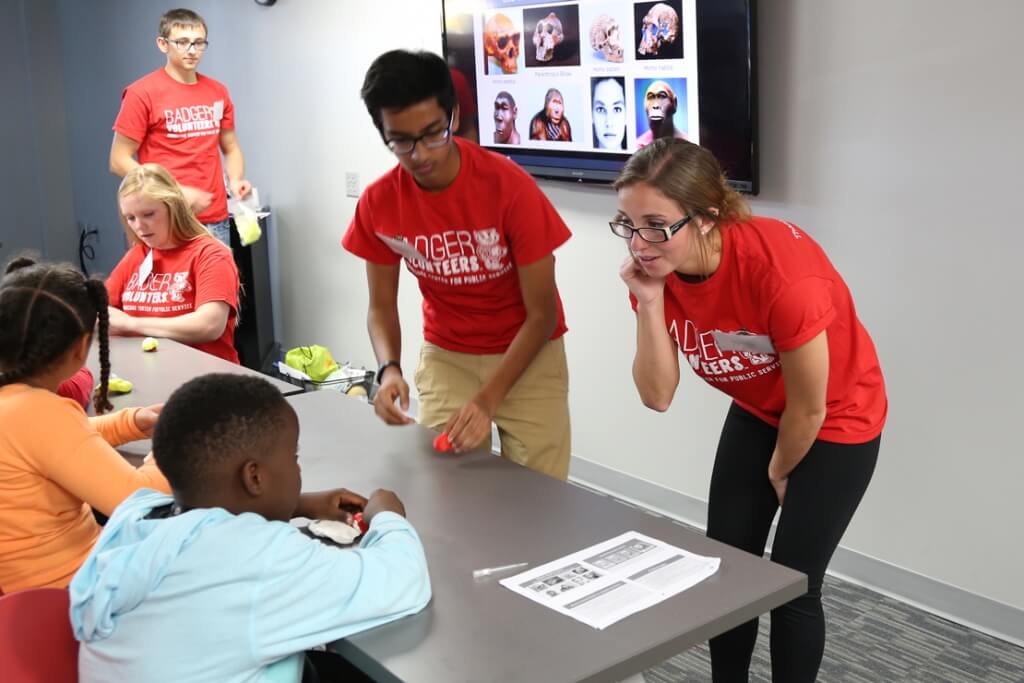 Afterschool Expeditions is a hands-on science outreach program for students in grades K-8. The program, which began at the Discovery Building on campus as a partnership between WARF and the Morgridge Institute for Research, now offers afternoon programs at the Partnership twice a month, led by university staff and student Badger Volunteers. Photo courtesy of Morgridge Institute for Research

Alder Sheri Carter, who represents South Madison on the Madison Common Council, remembers the University of Wisconsin–Madison’s outreach presence in South Madison about 10 years ago: a basement office with an administrative feel.

As an advisory board member for UW–Madison’s South Madison Partnership, Carter sees the difference that a bright, accessible space can make for its users.

“Being on street level is genius,” says Carter, past chair of the South Metropolitan Planning Council. “It gives the Partnership a window into the community, and the community a window in the space.” 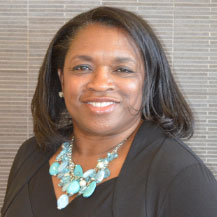 With one year of community collaboration complete, the UW South Madison Partnership has extended its reach to more people on all sides of the equation: community members of all ages, individual and group collaborations between UW–Madison professionals and citizens, and expanded versions of existing successes.

“One of the most exciting aspects of the Partnership has been the way community members see the space as part of the university,” says Everett Mitchell, UW–Madison’s director of community relations.

The Partnership will celebrate its first anniversary on Tuesday, Feb. 23. Mitchell, with Provost Sarah Mangelsdorf, will join university and community partners to reflect on the ways in which the Partnership has advanced their work and fostered mutually beneficial relationships in South Madison.

The celebration will also include presentation of the LaMarr Billups Community-University Engagement Award to Darrell Bazzell, vice chancellor for finance and administration, who is leaving to take a job at the University of Texas after many years of service bridging gaps between the university and community.

Much of the Partnership’s expansion is thanks to the welcoming environment. Julissa Ventura, the CUE South Madison graduate assistant through the Morgridge Center for Public Service, has managed nearly every aspect of the Partnership since its inception. 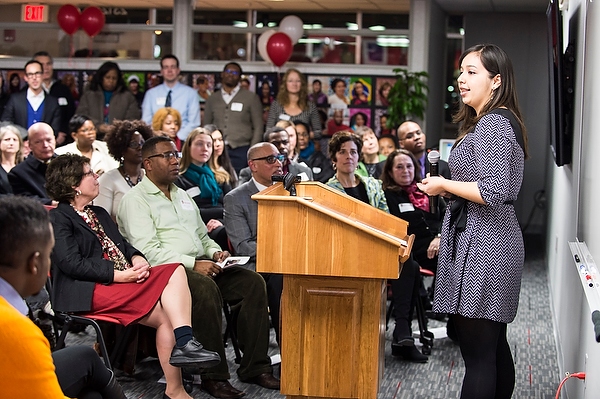 “Julissa has been key to influencing how people perceive the space as comforting and able to accommodate their activities, as well as educating people who are trying to get involved,” says Mitchell. “As a grad student, a Latina woman and a partner who understands the community, I couldn’t have asked for a greater asset.”

One example of the Partnership’s expansion is Afterschool Expeditions, a hands-on science outreach program for students in grades K-8. The program, which began at the Discovery Building on campus as a partnership between WARF and the Morgridge Institute for Research, now offers afternoon programs at the Partnership twice a month, led by university staff and student Badger Volunteers.

“When the Discovery outreach people contacted us, I thought they would say, ‘Come on down to campus,’” says Carter. “That’s a big leap. To bring that kind of talent to the Partnership was totally unexpected.”

Science and family programming have made their mark, including Family Science Night last December, offered by UW–Madison and the Urban League of Greater Madison. A Madison365 article called the event “a tremendous godsend to a community often lacking in science-related opportunities.” 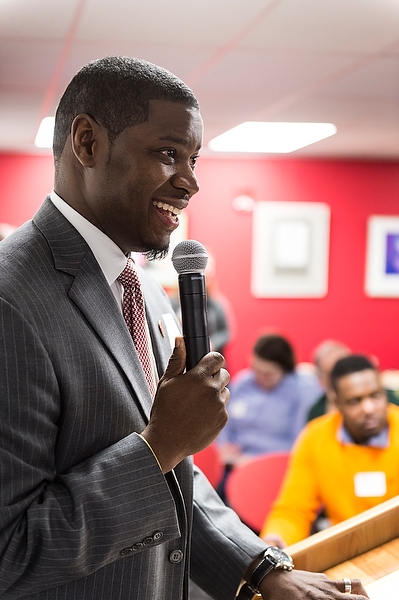 With ample parking and a location close to schools and community centers, the Partnership makes it easy to get involved. Even something as simple as a visible entrance with clearly posted hours makes a big difference to people such as Neighborhood Law Clinic clients, who no longer have to navigate basement hallways in search of appointments.

“Bob Wynn, in the Millionaires Club, teaches financial investments to young men and women that they’ll use for decades to come,” says Mitchell. “That kind of leadership and collaboration is possible because we’ve made space available for them on weekends. Members of the community can access opportunities that they may not be able to access in any other space.”

In addition to continuing partners such as the Odyssey Project and the Wisconsin Alzheimer’s Disease Research Center, other new partners have joined in.

rooted: South Madison is a space where people of color can explore self-care, emotional healing and stress management techniques.

Carter is most pleased with the Partnership’s presence: reminding everyone who sees it that the university’s offerings are within reach.

“It helps make young people comfortable with the word ‘university,’” she says. “The university was a foreign land; it could have been France. Having it there makes it more comfortable and more attainable, to make them want to go to the university.“

For constituents of all ages, with diverse needs and interests, the barriers to being part of the university community have been lowered.