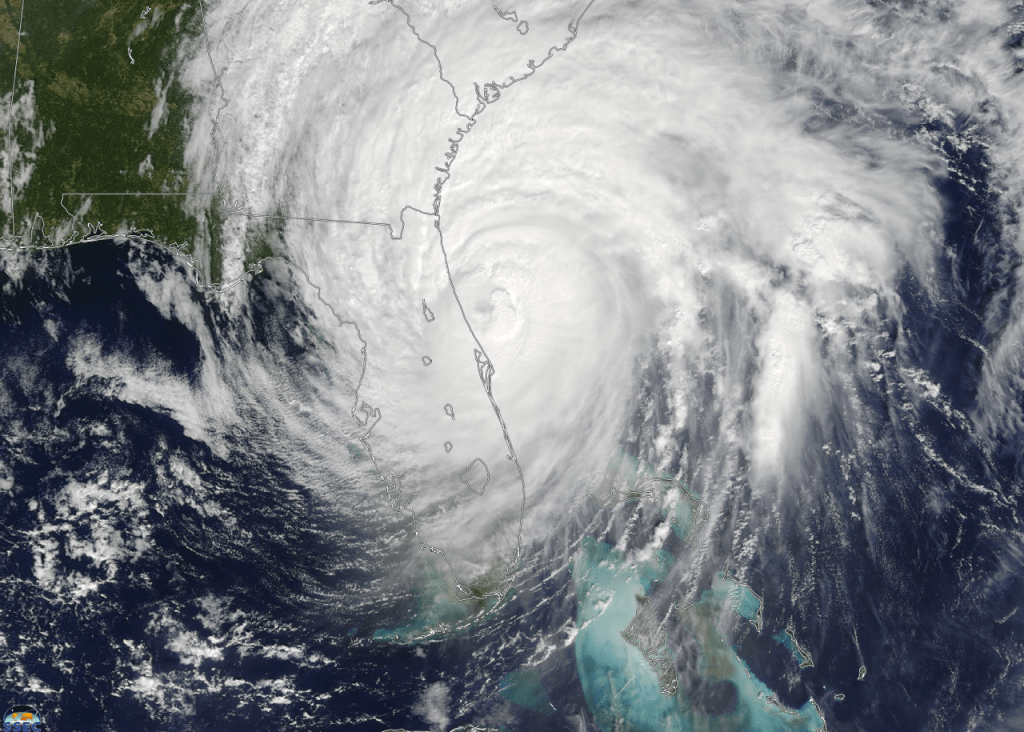 Active Atlantic hurricane periods, like the one we are in now, are not necessarily a harbinger of more, rapidly intensifying hurricanes along the U.S. coast, according to new research performed at the University of Wisconsin–Madison.

In fact, the research — published Wednesday (Jan. 4, 2017) in the journal Nature by James Kossin, a federal atmospheric research scientist based at the UW — indicates that hurricanes approaching the U.S. are more likely to intensify during less active Atlantic periods. During more active periods, they are more likely to weaken.

Historically, notes Kossin, researchers (including himself) have focused primarily on the tropical Atlantic — the main hurricane development region —without distinguishing how hurricane-producing conditions may vary outside of it.

Scientists also knew that environmental conditions, primarily ocean temperatures and wind shear, determine whether Atlantic hurricanes intensify or weaken as their natural track pushes them northwesterly toward the U.S. coast.

Pattern showing how sea surface temperature (SST) varies in the Atlantic. When SST is abnormally warm in the tropics, it is much less so along the U.S. coast. James Kossin

But Kossin, a National Oceanic and Atmospheric Administration National Centers for Environmental Information scientist working out of UW–Madison’s NOAA Cooperative Institute, wondered “what other patterns there might be.” His study took a step back and looked for related patterns over the entire basin.

“They have to track through a gauntlet of high shear to reach the coast and many of them stop intensifying,” Kossin says. “It is a natural mechanism for killing off hurricanes that threaten the U.S. coast.”

What are the implications for U.S. coastal regions? “It is good news,” says Kossin. “Greater activity produces more threats, but at the same time, we increase our protective barrier. It’s pretty amazing that it happens to work that way.”

The data suggest we may be moving into another quieter period in the basin, however, where less activity works hand in hand with lower wind shears along the coast, eradicating the protective barrier. As a result, says Kossin, while there may be fewer hurricanes approaching the coast, those that do may be much stronger, in the range of Category 3 to Category 5.

The threat of rapid strengthening is highly relevant to society, in particular to those who live along densely populated coastlines where the warning times for evacuation may already be short.

“Knowing the relationship between tropical activity and coastal conditions that either protect the coast or make it more vulnerable may help us better prepare for future landfalls,” Kossin says.

Like any research study, the results raise more questions. For instance, how might climate change affect this relationship? Other studies, says Kossin, have documented a rise in sea surface temperatures — a shift attributed to anthropogenic climate change. But the sea surface trend does not seem to be having a large effect on hurricane activity in the coastal region, at least over the past 70 years or so.

Kossin says this could fall under the heading of a “climate surprise” if the environmental conditions responsible for the protective barrier during active periods are compromised by climate change.

“There is no reason to think that this is a stationary mechanism,” says Kossin. “It’s entirely possible that changes in climate could affect the natural barrier and thus significantly increase coastal hazard and risk.”