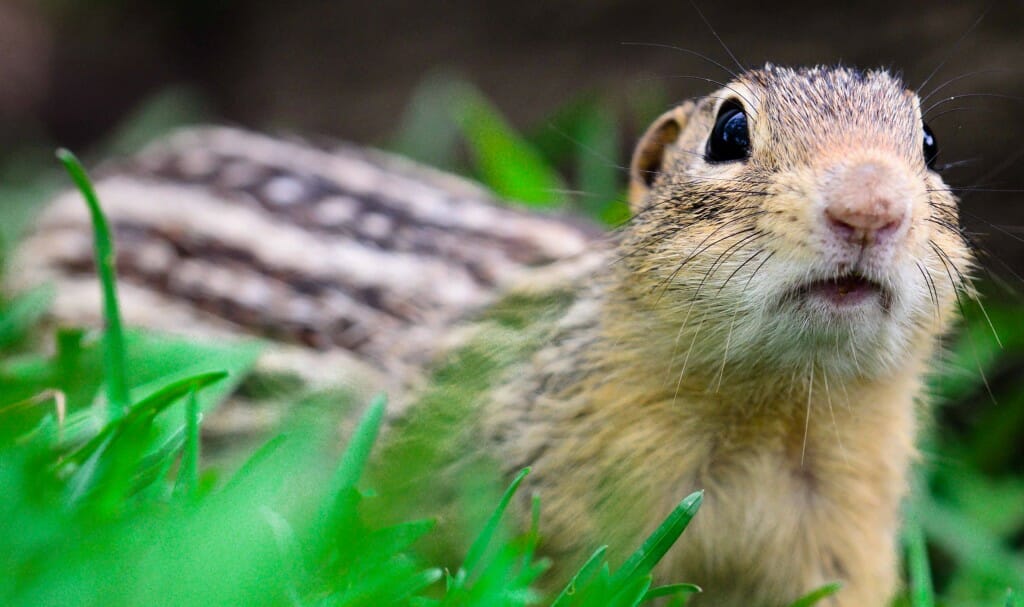 Like many hibernators, thirteen-lined ground squirrels retain muscle tone and healthy gut microbiomes through hibernation even though they aren’t eating or moving around. Their success at rest may help humans make long space voyages. Photo by Rob Streiffer

To get through a long winter without food, hibernating animals — like the 13-lined ground squirrel — can slow their metabolism by as much as 99 percent, but they still need important nutrients like proteins to maintain muscles while they hibernate. A new study from the University of Wisconsin–Madison shows that hibernating ground squirrels get help from microbes in their guts.

The discovery could help people with muscle-wasting disorders and even astronauts on extended space voyages.

“The longer any animal doesn’t exercise, bones and muscles start to atrophy and lose mass and function,” says Hannah Carey, an emeritus professor in the UW–Madison School of Veterinary Medicine and co-author of the new study, published today (Jan. 27) in the journal Science. “Without any dietary protein coming in, hibernators need another way to get what their muscles need.”

One source of nitrogen, a vital building block for amino acids and proteins, accumulates in the bodies of all animals (including humans) as urea, a component of urine. The researchers knew that urea that moved into the squirrels’ digestive tract could be broken down by some gut microbes, which also need nitrogen for their own proteins. But the researchers wanted to see if some of that urea nitrogen freed up by the microbes was also being incorporated into the squirrels’ bodies.

They injected urea made with trackable isotopes of carbon and nitrogen into the blood of squirrels at three stages — during the active days of summer, early in winter hibernation and late in winter. Some of the squirrels had also been treated with antibiotics to kill off the majority of the microbes in their intestines. As predicted, isotope-containing nitrogen was released by some of the gut microbes that degraded the injected urea. 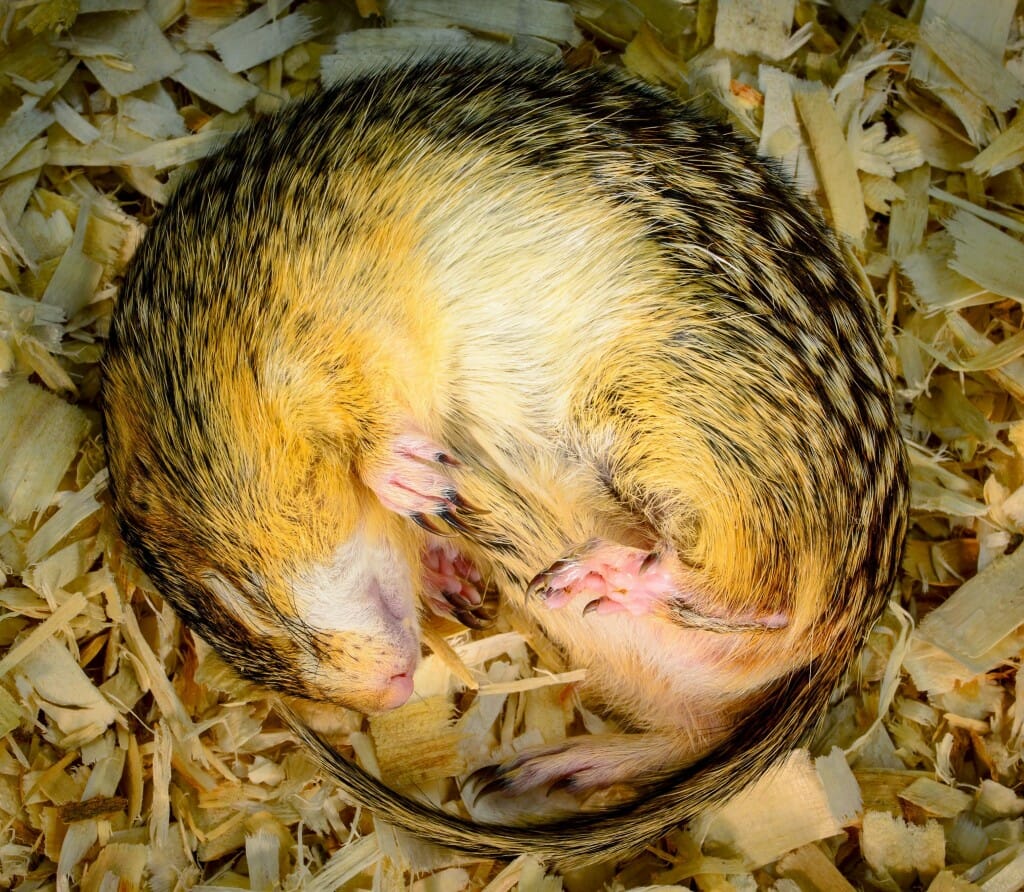 Thirteen-lined ground squirrels curled up for seasonal hibernation can slow their metabolic rates to as little as 1 percent of their waking activity. Courtesy of Rob Streiffer

“We followed that nitrogen to (the) livers (of the squirrels), primarily — where it is used to make many proteins — and some to muscles,” says study co-investigator Fariba Assadi-Porter, an UW–Madison emeritus biochemist who specializes in tracking the isotopes. She is also a scientist in Integrative Biology and the university’s Nuclear Magnetic Resonance Facility. “We believe we’re seeing the isotope-labeled nitrogen molecules go from the host to the microbiome, then converted to usable molecules by the microbes before coming back to the host again, essentially being ‘recycled’ in the hibernating animal.”

The researchers observed two differences that support this microbial path. The squirrels whose gut microbes were largely depleted by antibiotics had far less of the trackable nitrogen in their liver and muscles. And when the researchers sequenced the genomes of microbes found in the squirrels’ guts, they found that as winter hibernation dragged on there was an increase in the presence of genes related to production of an enzyme called urease.

“Urease is not made by animals. Only microbes that express urease are able to split the urea molecule and release its nitrogen,” says Carey, whose work is supported by the National Science Foundation. “As long as the right microbes are present, it’s a transaction between them and the host — each get some of the nitrogen released to tide them over until hibernation ends.”

Describing the keys to survival over the duration of hibernation could help people on low-nitrogen diets or with disorders that cause muscles to atrophy. It could also make it possible for humans to make lengthy trips to distant planets.

Putting space travelers into a hibernation-like state means they wouldn’t need to take as much food, water and oxygen, and would produce less waste and carbon dioxide, saving vast amounts of weight and fuel.

“This process could theoretically reduce rates of muscle loss in space, where microgravity exposure invariably leads to muscle atrophy,” says Matthew Regan, a study co-author and former UW–Madison postdoctoral researcher who is now a professor of animal physiology at the University of Montreal. “And because characteristics of hibernation beyond this gut microbe-dependent process confer protection against other hazards of space flight such as ionizing radiation, it is theoretically possible that, if translated to humans, hibernation-like states could solve numerous challenges of human spaceflight simultaneously.”