After decades of trapping, the last known American marten was spotted on Isle Royale in 1917. Fifty years later, in 1966, the National Park Service planned to reintroduce martens to the national park situated in Lake Superior, but nobody knows if the agency ever followed through. Then, in 1993, martens were confirmed on the island for the first time in 76 years.

Whether these small, forest-dwelling carnivores — valued historically for their fur — had been hiding there the whole time, found their way back, or were introduced in the 1960s without any records has remained a mystery for the last quarter century.

But in new research published today (Aug. 23, 2018) in the journal Scientific Reports, University of Wisconsin–Madison researchers in the Department of Forest and Wildlife Ecology, collaborating with the National Park Service, traced the recolonization to martens likely arriving in the 1990s, shortly before they were spotted.

A collared marten scampers back into the woods of Isle Royale in March 2018. Phil Manlick

Genetic studies of martens from Isle Royale and nearby populations in America and Canada showed that the contemporary population came from nearby Ontario, Canada. The animals likely wandered over on an ice bridge in the winter, the researchers speculate.

The results provide much-needed context about the natural history of an island long considered an unspoiled wilderness, but one with a long history of ecological disruptions and recoveries. The island park may be best known for the ebb and flow of its wolf and moose populations, which have been tracked for 60 years.

With additional wolves set to be relocated to Isle Royale in the coming months, the new research provides ecologists and land managers with a fuller picture of how dynamic even seemingly isolated island ecosystems can be.

After all, say the researchers, if the house-cat-sized marten can find its way over, islands like Isle Royale may be less isolated and static than we think.

Jonathan Pauli, a professor of forest and wildlife ecology at UW–Madison, has studied martens for years as part of efforts to understand how communities of wild animals respond to human disturbance. In 2015, his group provided evidence that martens had long escaped detection on islands in southeastern Alaska prior to deliberate reintroduction efforts in the 20th century. And in work published in 2016 with graduate student Phil Manlick, Pauli called into question the effectiveness of periodic augmentations of reintroduced marten populations in Wisconsin, where the once-extirpated carnivore remains an endangered species. 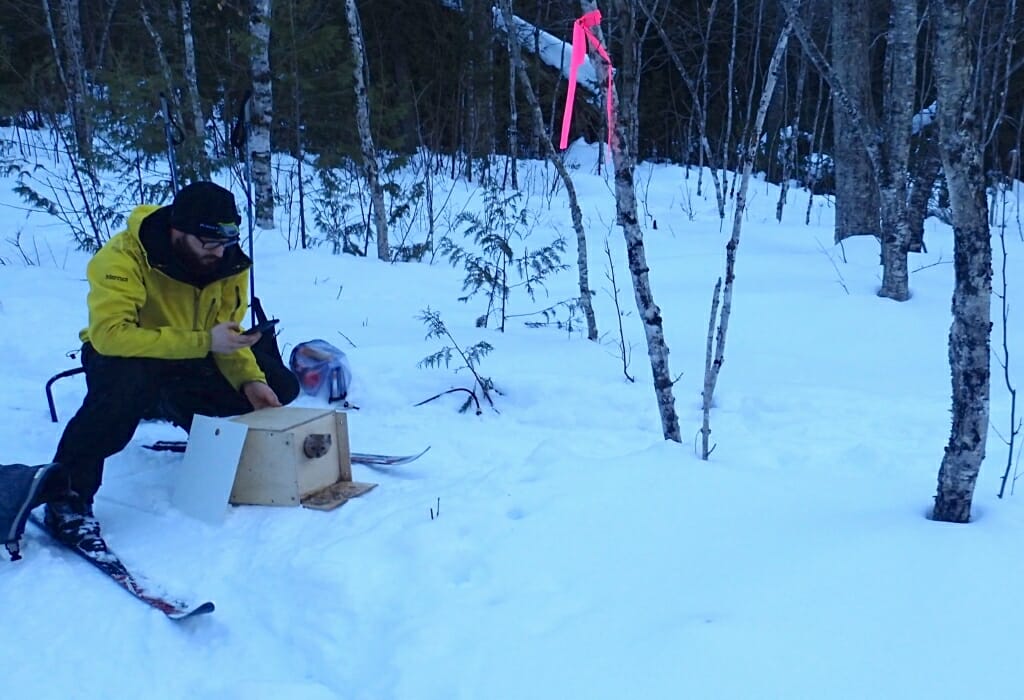 Part of the problem in studying martens: They’re hard as heck to spot in the wild.

Manlick, Pauli and co-author Mark Romanski of the National Park Service collected marten scat samples on the island from 2006 to 2008 and again from 2012 to 2013. They gathered additional samples from nearby marten populations in Canada, Minnesota, Wisconsin and Michigan’s Upper Peninsula. Samples from a different species, the Pacific marten, located in Colorado, served as a comparison. In total, the researchers collected samples from 230 individuals.

They analyzed DNA extracted from the samples to get a genetic fingerprint of the different populations. The team then evaluated three possible colonization scenarios: that an ancient population of martens had escaped detection after presumed extirpation, that the planned 1966 reintroduction actually occurred and was successful, or that a more recent reintroduction took place.

An initial analysis of the martens’ DNA showed that the Isle Royale population was related to martens from Ontario. But the island population’s DNA fingerprint was different, unique enough to suggest that they might have been isolated from the mainland for sufficient time to diverge into their own subpopulation. This distinct pattern supported the idea that a hidden population of martens had escaped detection during the 20th century. 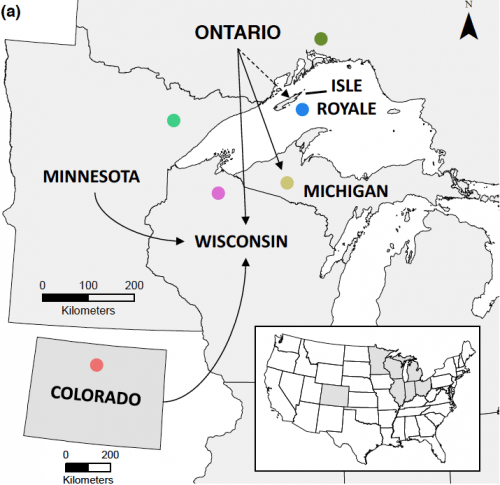 The populations of martens surveyed for this study surrounded the Lake Superior basin. Colorado martens from a different species served as a comparison. Jonathan Pauli, Phil Manlick

“If something’s been isolated out there for thousands of years, there’s going to be some (genetic) mutations that build up in that population, where they’re going to look distinct from everybody else around them,” says Manlick, explaining how, over generations, genomes slowly accumulate mutations. “And that’s what we anticipated seeing. But we didn’t.”

A closer look at DNA from the mitochondria — the energy-generating part of the cell has its own, tiny genome — revealed that the Isle Royale martens were part of one larger, common population around Lake Superior.

“They actually look just like all the other martens in the region who have come from Ontario and Minnesota and Michigan, and all these groups of martens all kind of look the same” genetically, says Manlick.

The low genetic diversity of the Isle Royale martens indicated that their population had experienced a severe genetic bottleneck. Analysis of the bottleneck estimated that the island’s population began with just two individuals — or even one pregnant female — and that they migrated to the island less than a generation before samples were first collected in the early 2000s.

In other words, Isle Royale’s martens repopulated the island just before they were spotted again, in 1993, after a 76-year absence. Though it’s impossible to prove, the researchers venture that the martens walked 16 miles over an ice bridge from Ontario, a known pathway for other animals. Such connections to land are becoming less common in a warming climate. 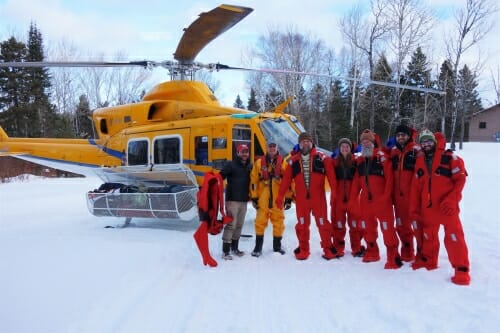 The Isle Royale winter field crew arrives on the island by helicopter, the only way in during the winter. Coutesy of Phil Manlick

“Much of what we understand about the island and its ecosystem evolves as we develop new techniques for analysis. At the onset of the project I was pulling for a remnant population, but to find out that martens just arrived blew my mind,” says Romanski. “I am used to being wrong, but in this instance I certainly don’t mind, as the story is richer.”

“If they naturally colonized the island, it has implications for the management of Isle Royale in general,” says Pauli.

That’s because ongoing management decisions, such as the relocation of more wolves to the island slated for this fall, are based in part on assumptions that the island ecosystem won’t recover from disturbances without human help. But the small marten found its way back. So might other species. The take-home lesson, say the researchers, is that even protected, isolated ecosystems can be resilient and are rarely static.

“This does suggest that these islands are maybe not as insulated as we think,” says Pauli, “and that they are indeed way more dynamic than we give them credit for.”

This research was supported by the National Park Service and in partnership with the Grand Portage Band of Lake Superior Chippewa, a Grant-in-Aid of Research from the American Society of Mammalogists, and by the National Science Foundation’s Integrated Graduate Education, Research, and Training (IGERT) program (DGE-1144752).