Badger Band superfans come in all ages and sizes — including the toddler variety. Thursday evening, 2½-year-old Ila Hellgren from Madison got a sneak peek of this weekend’s UW Varsity Band Spring Concert during a rehearsal at the Kohl Center. The special moment was made possible by Make-A-Wish Wisconsin, which learned of Ila’s enthusiasm for the UW Marching Band and reached out to director Corey Pompey, who eagerly made it happen. Ila is a liver transplant recipient who loves to “play marching band,” according to her parents, Jadon Scullion and Dana Hellgren. During Ila’s medical treatments, her father would take her for morning bike rides. They would park and watch the band practice —and Ila would pretend to march along. Thursday’s sneak peek of the band rehearsal is what Make-A-Wish calls a “Make-A-Wish boost” while Ila awaits her wish for a pontoon boat to come true. 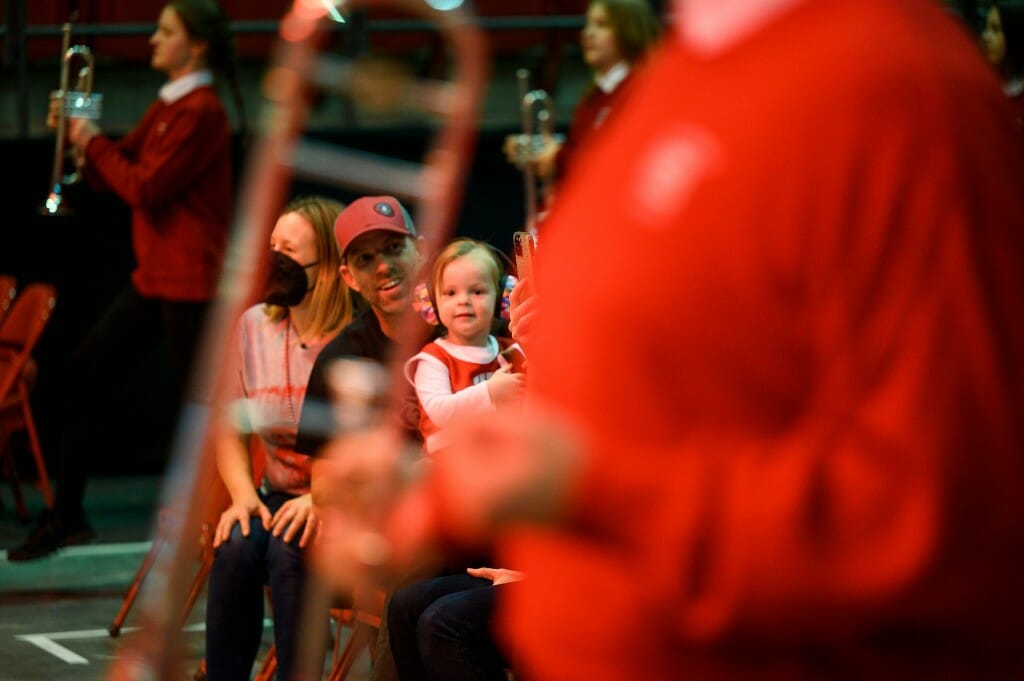 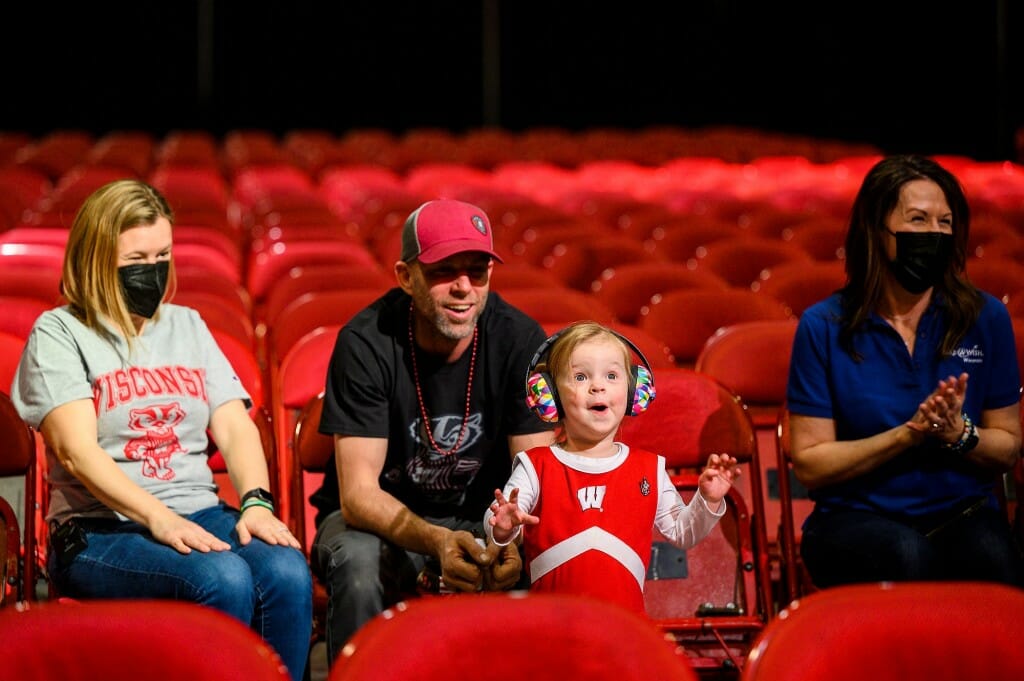 2 Ila is a big fan of the marching band. Photo by: Althea Dotzour 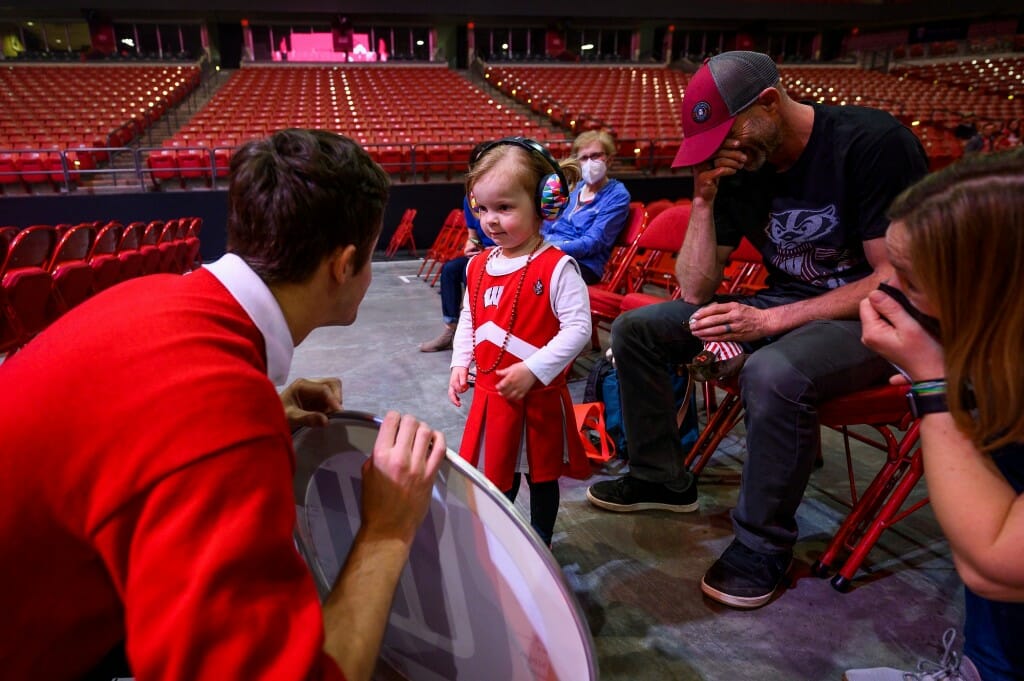 3 At left, Josh Richlen, drum major and tuba player, offers Ila a drum cover signed by all the members of the tuba section while Ila’s parents Jadon Scullion and Dana Hellgren look on. Photo by: Althea Dotzour 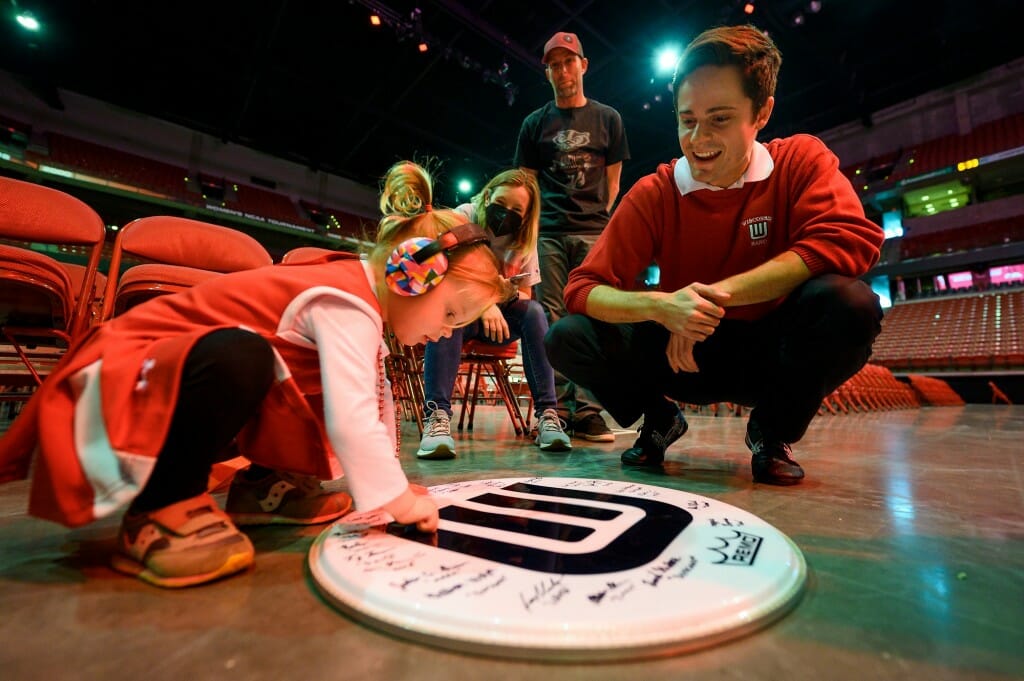 4 The drum cover gifted to Ila was signed by members of the drum section. Photo by: Althea Dotzour 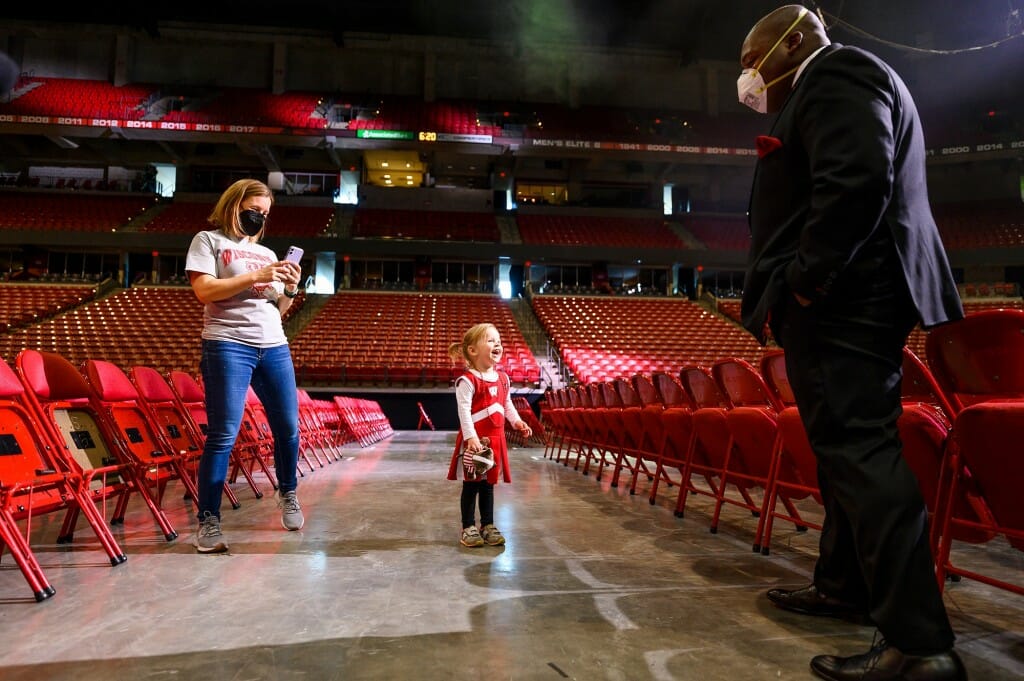 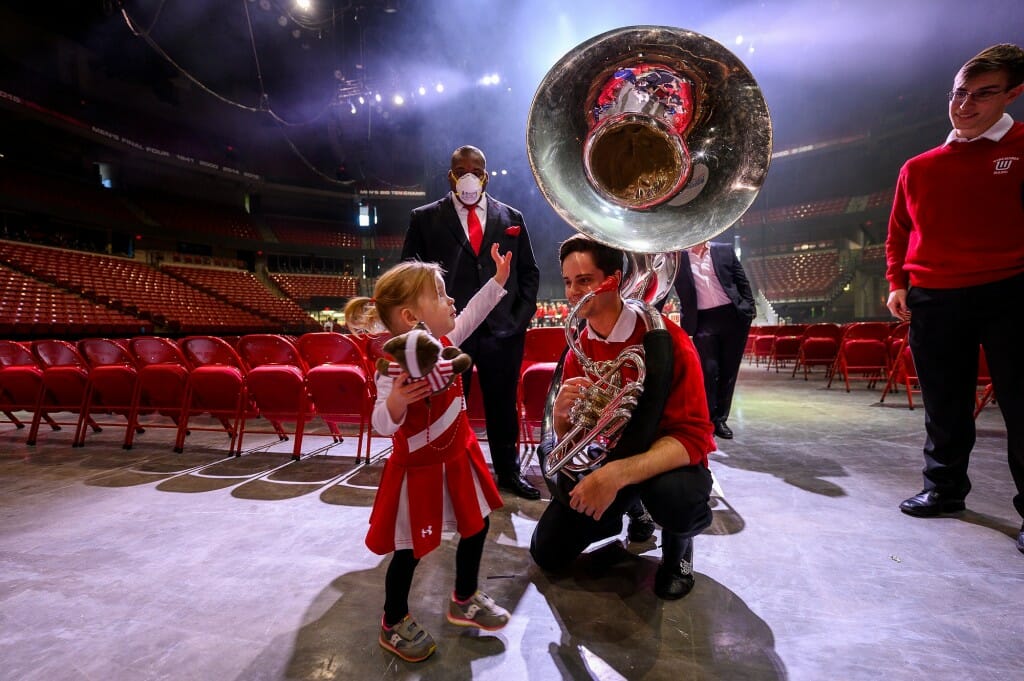 6 Ila wonders if her stuffed toy Bucky would fit in the sousaphone’s bell of Josh Richlen, drum major and tuba player. Photo by: Althea Dotzour 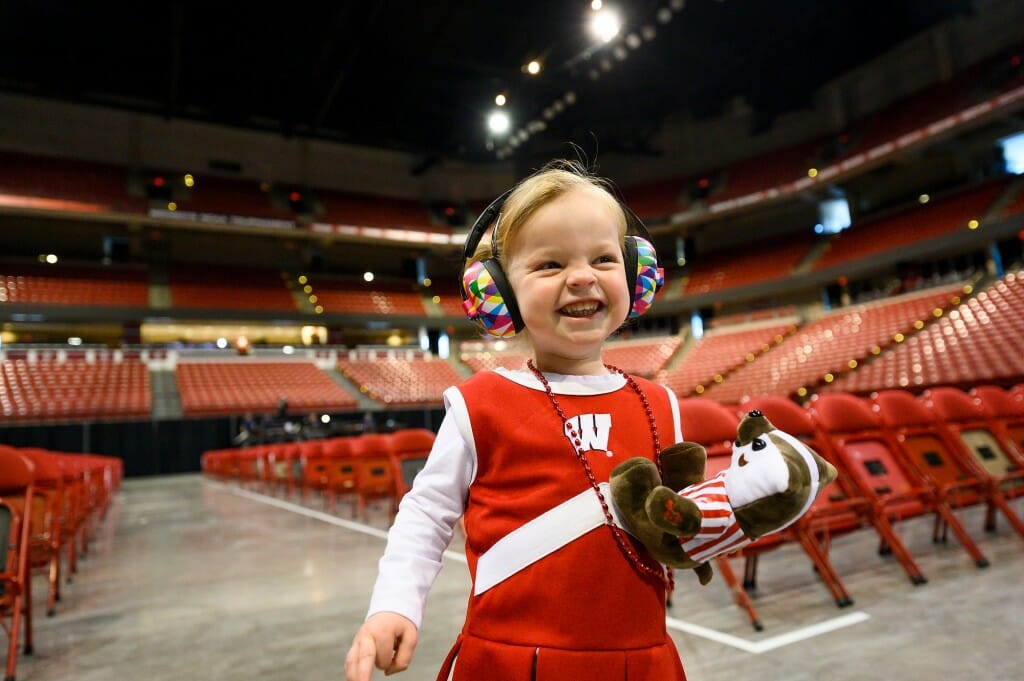