Berkowitz joined the faculty at the University of Wisconsin–Madison in 1955 and retired in 1989. But his work never ended, and in November he completed and submitted a chapter for a soon-to-be-published book. 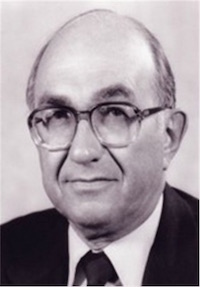 “He was still intellectually active,” says Charles Snowdon, an emeritus UW–Madison psychology professor who was hired in 1969 while Berkowitz served as department chair. “That’s the sort of thing I admire in colleagues, and Len was a model of a person who always took an intellectual interest in everything going on in the world.”

And he was not shy about sharing it.

“He was interested in politics and world events. He was in the world, not just in an ivory tower,” says his daughter Marti Ellermann. “And he was very opinionated, and always taught us to think for ourselves.”

Berkowitz was born Aug. 11, 1926, in the Bronx, and stayed in New York City to complete his bachelor’s degree from New York University. After serving as an Army meteorologist during World War II, he earned his doctorate at the University of Michigan. Madison, however, agreed with him.

“He loved Wisconsin,” Ellermann says. “He was a Badgers fan with season tickets to the football games for many years.”

Berkowitz had two daughters — Ellermann and Phyllis Hathaway — with his late wife Nettie, who died in 1975. He is also survived by Norma Berkowitz, his wife of 40 years and an emeritus professor of social work; a pair of stepsons, Warren and David Nesbitt; seven grandchildren; and a brother, Samuel Berkowitz.

“He studied the role of aggression in media — that people were influenced to be more aggressive by movies and TV programs that represented violence, including news coverage of violence,” Snowdon says.

Berkowitz’s most significant research dealt with situational influences on aggression, showing that external influences — pain, frustration and threatening behavior modeled by authority figures —may have just as much sway over aggressive tendencies as internal motives.

“He studied the role of aggression in media — that people were influenced to be more aggressive by movies and TV programs that represented violence, including news coverage of violence,” Snowdon says.

Particularly relevant to issues still at the forefront of debate in the United States is his work on the “weapons effect,” in which he showed through experimental studies that people would be more combative and cruel in the presence of a gun.

“If there was a gun simply lying unused on a table in the corner of a room, his study subjects would be much more aggressive toward one another,” Snowdon says.

“Guns not only permit violence, they can stimulate it as well,” Berkowitz wrote. “The finger pulls the trigger, but the trigger may also pull the finger.”

While studies on aggression make up a substantial portion of his more than 170 articles and books, Berkowitz is also credited with being one of the first social psychologists to take an experimental approach to altruism, exploring the circumstances that motivate people to help others.

“Guns not only permit violence, they can stimulate it as well,” Berkowitz wrote. “The finger pulls the trigger, but the trigger may also pull the finger.”

Berkowitz was elected a fellow of the American Academy of Arts and Sciences, and was one of UW–Madison’s first Vilas Research Professors. He was devoted to his graduate students in particular, according to Ellermann, forming lifelong relationships.

“One of them (University of California, Berkeley professor Charlan Nemeth) just dedicated a book she has just published to Dad,” she says. “A copy of the acknowledgements she wrote arrived in the mail a day after he passed away.”

The family is establishing a memorial fund in Berkowitz’s honor to benefit graduate students in UW–Madison’s Psychology Department. Donations referencing the Berkowitz Memorial can be made online or by mail.

Travel was a passion Berkowitz indulged often. While he had seen much of the world, “he loved England,” says Norma. “He spent several years of his career there and had an appointment for a year at Oxford and another at Cambridge.”

His family and friends remember him as a collector of modern art, an opera-goer and book club member, not just a scientist.

His resume may make him seem like “a strict, out-of-it researcher,” Norma Berkowitz says, “but he was a great person. He was approachable. He liked people.”