Raymond Taffora, vice chancellor for legal affairs, has announced that he plans to retire later this summer. A national search will begin later this spring to choose a successor.

Taffora, a former general counsel to then-Governor Tommy Thompson and former Deputy Attorney General at the Wisconsin Department of Justice, received both his undergraduate and law degrees at UW. He was appointed by Chancellor Blank in September 2013. 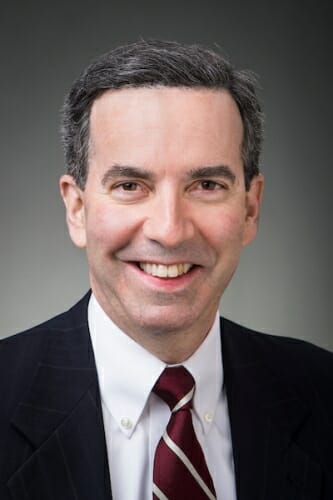 “It’s been a great honor to serve my alma mater as the university’s general counsel,” Taffora says. “The great variety of legal issues that arise at one of the foremost public  universities has made this job both challenging and fascinating.”

Among the areas that Taffora worked on during his tenure were the establishment of the Office of Compliance, integration of the University of Wisconsin Medical Foundation, School of Medicine and Public Health and UW Hospital, creation of new faculty tenure policies in light of the removal of statutory tenure, creation of a new Title IX program and work on public records and First Amendment issues.

The vice chancellor for legal affairs oversees the Office of Legal Affairs and the Office of Compliance. Legal Affairs provides comprehensive legal services, including advice and counsel, risk and liability evaluation and prevention and representation in legal matters to the UW–Madison campus. It represents the university, including individual officials acting in their official capacities.

The Office of Compliance (OC) provides program oversight for the Americans with Disabilities Act (ADA), the Health Insurance Portability and Accountability Act (HIPAA Privacy), Title IX of the Education Amendments, the Wisconsin Public Records Law, and for providing fair and impartial employment and education discrimination complaint investigations (Title VI of the Civil Rights Act). The OC collaborates with campus partners to mitigate compliance risk and promote ethical conduct throughout the university community.