Associate Justice Elena Kagan of the U.S. Supreme Court will appear on the University of Wisconsin–Madison campus Friday, Sept. 8, to share insights on her life in the law. 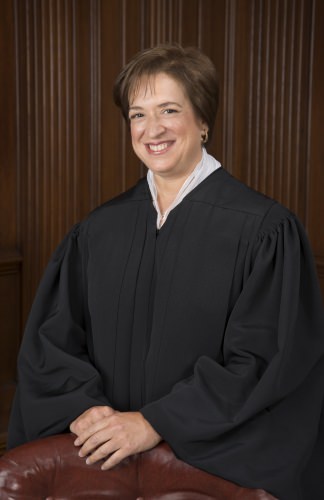 Justice Elena Kagan is the fourth woman to serve on the U.S. Supreme Court. Photo: The Collection of the Supreme Court of the United States

Her visit is sponsored by UW Law School and its dean, Margaret Raymond.

Kagan was nominated to the Supreme Court by President Barack Obama in 2010. Following her Senate confirmation, she became the fourth woman to sit on the nation’s high court.

The previous year, Obama had appointed her as his solicitor general; she remains the only woman to have held that position. She also served the Clinton White House as associate counsel and policy adviser.

Kagan was Harvard Law School’s dean from 2003 to 2009. She is herself a Harvard Law graduate, who went on to clerk for Supreme Court Justice Thurgood Marshall and Judge Abner Mikva of the U.S. Court of Appeals for the D.C. Circuit.

“The opportunity to hear Justice Kagan discuss her experiences on the bench, her judicial philosophy and her commitment to upholding the rule of law is one our students will never forget,” says Raymond. “I’m honored to have her as the guest of our Law School.”

Raymond will lead the question-and-answer presentation, scheduled for 4 p.m. in the Memorial Union’s Shannon Hall. A limited number of tickets are available to the general public on a first-come, first-served basis. Registration is required.

DOWNLOAD PHOTO: https://uwmadison.box.com/v/kagan (credit The Collection of the Supreme Court of the United States)