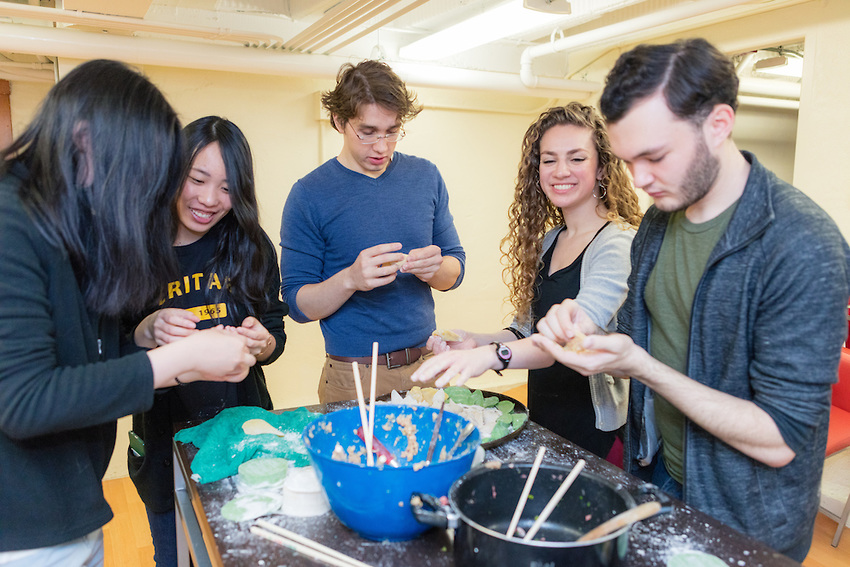 Heather Brevard had no idea where she would live when she was accepted into the University of Wisconsin–Madison in 2014. By May 1, she still needed an answer.

“I was tooling around on the University Housing website, and I noticed ‘Spanish Language House’,” Brevard says. “I thought about how I had quite a few years of learning Spanish in grade school, and I always wanted to learn Spanish to proficiency. That’s as good of a place as any.”

Three years later, Brevard is a junior, studying economics and computer science, as well as acting as a House Fellow for Adams Residence Hall, where she actively participates in the International Learning Community and the immersion language houses it provides.

Brevard believes that, regardless of your field of study, learning more about languages and cultures helps build relationships with people from different cultures as well as provide cognitive benefits.

“Computer science isn’t the first thing you think of when you think of natural language learning, but my passions around language have always been very strong, as well as I believe it’s important, no matter what field of study you’re in, to be proficient in a language other than your native tongue,” she says.

The International Learning Community (ILC) is located in Adams Residence Hall, and its main purpose is to “provide a unique living and learning environment for domestic and international students, where they can pursue an immersion into diverse language, critical knowledge of international cultures and global citizenship,” according to Rubén Medina, faculty director for the ILC.

“The study of language in traditional departments has created a segregated approach to learning languages, so in our community there is a constant cultural and linguistic interaction.” Medina says. “It provides a more natural environment for language and cultural learning.” 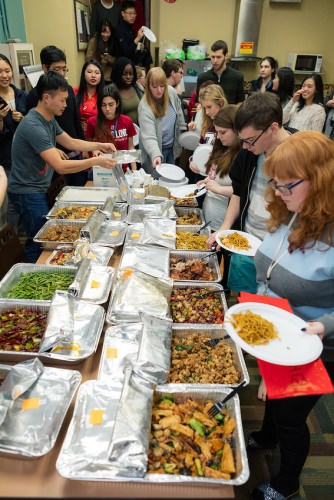 The learning community includes several clusters of rooms, referred to as houses, devoted to different languages that can include German, Spanish, Japanese, Arabic, Italian, Russian, Portuguese, Nordic or Chinese. The language programs offer experiences associated with the language, and a graduate student works with residents to improve language skills and programming.

The program’s goals include meeting people from across the world, building interest in learning about other cultures, seeking out and exploring cultural values of widely divergent belief systems and bringing enthusiasm and curiosity for living and learning in an international community.

To fulfill those goals, ILC offers a diverse set of programs where students can participate in field trips, film series, talent shows, cultural celebrations, roundtable dinners with speakers from campus and a one-credit seminar focused on global topics.

Dr. Sonja Klocke, an associate professor of German and faculty advisor for Stockwerk Deutsch house in the ILC, teaches one of the one-credit seminars each semester. This semester, she taught a seminar focusing on German spy films from the Cold War period and East Germany’s response to the success of James Bond.

Klocke emphasizes that the ILC offers students a wonderful opportunity to immerse themselves in the language of their choice, while meeting students who share their interests.

“It’s a bit like going abroad while staying in Madison – which is perfect!” Klocke says. “And it’s a great way to prepare for a year abroad, or to overcome reverse culture shock when you return from a year abroad.”

The community is ideal for students studying foreign languages or interested in world affairs, as well as students in exchange programs and those who are returning from or unable to go abroad during their college careers. Keerthana Sreenivasan, a freshman resident in Adams Residence Hall from India, says that the ILC is also a great place for international students to smoothly transition into college.

“To me, it’s the perfect place because if I didn’t live in the International Learning Community, I probably wouldn’t have transitioned as smoothly as I did,” Sreenivasan says. “I found my proper friend group here, where people think like me and understand the international struggle in America.”

Sophomore resident Anansha Upadhyaya says that ILC residents can use the special events to not only explore new cultures but to reconnect from the cultures they come from.

Upadhyaya’s favorite event was Holi, the festival of colors, since it gave her a chance to celebrate a holiday that her family celebrated each year in India.

“Imagine if you’re somewhere where there is no Thanksgiving or no Christmas, it’s just seems weird and that’s what it felt like for me,” Upadhyaya says. “But to have a little Christmas or Thanksgiving for yourself was like experiencing Holi, right here in Madison, for me.”

An important aspect to most ILC students is the ability to build relationships and make friends that span across the globe. Upadhyaya says that “at this point in time, I can visit 17 countries, and I’m ensured a couch or a bed in all of those countries… simply because I have friends now from all over the world.”

Medina recognizes the fundamental role University Housing plays in the development and sustainability of the learning communities, and their impact on academics.

“Students’ learning experience at the ILC is a considerable factor in their overall academic performance. Our students get higher GPA, play a role in student leadership, and have fun,” Medina says. “Very early on, [Housing] came to see these residence halls as a place for collaborative learning.”

The ILC is one of ten learning communities in University Residence Halls, each designed around a different area of focus, ranging from social justice, sustainability, science, entrepreneurship, and the arts. To learn more, visit the Residential Learning Communities website. University Housing is also hosting a live web chat titled “Exploring Residential Learning Communities” from 5 to 6 p.m. March 1, in which students and families can ask questions about these programs.