People living with mental health disorders who benefit from medication may try several types before finding a solution that helps manage their symptoms. But what if a simple blood test could help doctors understand what medication might work best for patients at the start of their treatment?

That’s an idea gaining traction and the focus of new scientific findings from a University of Wisconsin–Madison collaboration featured in the journal Brain Behavior and Immunity, where researchers have discovered a relationship between the levels of an immune system protein in blood and people’s response to a drug for the treatment of patients with bipolar disorder who are struggling with an episode of depression. 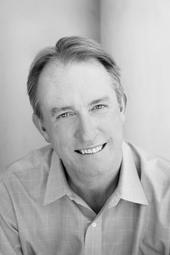 “This is unique because mental health treatments, especially in the area of bipolar depression, have been challenging to identify,” says Charles Raison, a professor of human ecology and psychiatry at UW–Madison, who led the analysis. “One of the great holy grails in addition to finding new treatments, is to discover new ways of identifying which of the available treatments is most likely to benefit any given patient.”

The biomarker studied, called c-reactive protein (CRP), has been traditionally used to measure levels of inflammation in the body to better understand chronic medical diseases and autoimmune disorders. However, new research continues to deepen scientists’ understanding that mental conditions such as bipolar disorder and major depression are also often associated with immune abnormalities that may be relevant for their treatment. For instance, previous work suggests that CRP levels may predict whether patients with non-bipolar major depression will respond to other types of medicine-based or behavioral interventions, such as serotonin-selective reuptake inhibitors (SSRIs) or psychotherapy.

Participants in the six-week study were randomly assigned to take lurasidone (some taking 20-60 milligrams per day and others 80-120 milligrams) or a placebo pill. At the time of the study, neither participants nor the scientists leading the research knew who was receiving the active drug versus the placebo.

As a group, participants who received lurasidone during the six week study period showed reduced depression compared to participants who received placebo. However, when researchers took pre-treatment CRP levels into account, a striking pattern emerged. In participants with higher levels of pretreatment CRP, lurasidone produced a large antidepressant benefit when compared to a placebo, whereas in participants with low levels of CRP, lurasidone showed no advantage over the placebo. If confirmed in future studies, these findings suggest that clinicians may be able to use a simple, inexpensive and widely available CRP blood test to determine which patients with bipolar depression could potentially benefit from the drug.

“This is part of a larger scientific story that’s emerging,”

The fact that a person’s immune system may shape mental health reflects a more systemic understanding of the body compared to typical approaches in mental health practice and research.

“This is part of a larger scientific story that’s emerging,” Raison says. “Inflammation affects brain functioning in ways that make us less available for social connection, which makes sense because we all tend to retreat when we feel sick. So when the body’s alarm system is telling us we’re sick, we tend to withdraw even if the threat is psychological instead of physical.”

One limitation of the study, Raison says, is that it was not designed to see if CRP would predict people’s responses; rather the larger goal was to understand if the drug in question helped treat bipolar depression. However, there were several strengths to the design, including a focus on a large patient sample and adherence to the rigorous standards required for studies designed to obtain Food and Drug Administration approval for medication use.

In the future, Raison and colleagues hope to design studies that can more specifically predict the effectiveness of interventions based on CRP levels. Raison and others hope to lead research to better understand this connection and whether CRP or other biomarkers may be predictive of how people respond not just to medications, but to other interventions as well, including mind-body approaches such as mindfulness meditation.

This research was conducted in collaboration with Sunovion Pharmaceuticals, Inc., which manufactures lurasidone. Dr. Raison reports that in the prior 12 months he has served as a consultant for Novartis, Alkermes, Shire, Usona Institute, Emory Healthcare and North American Center for Continuing Medical Education.