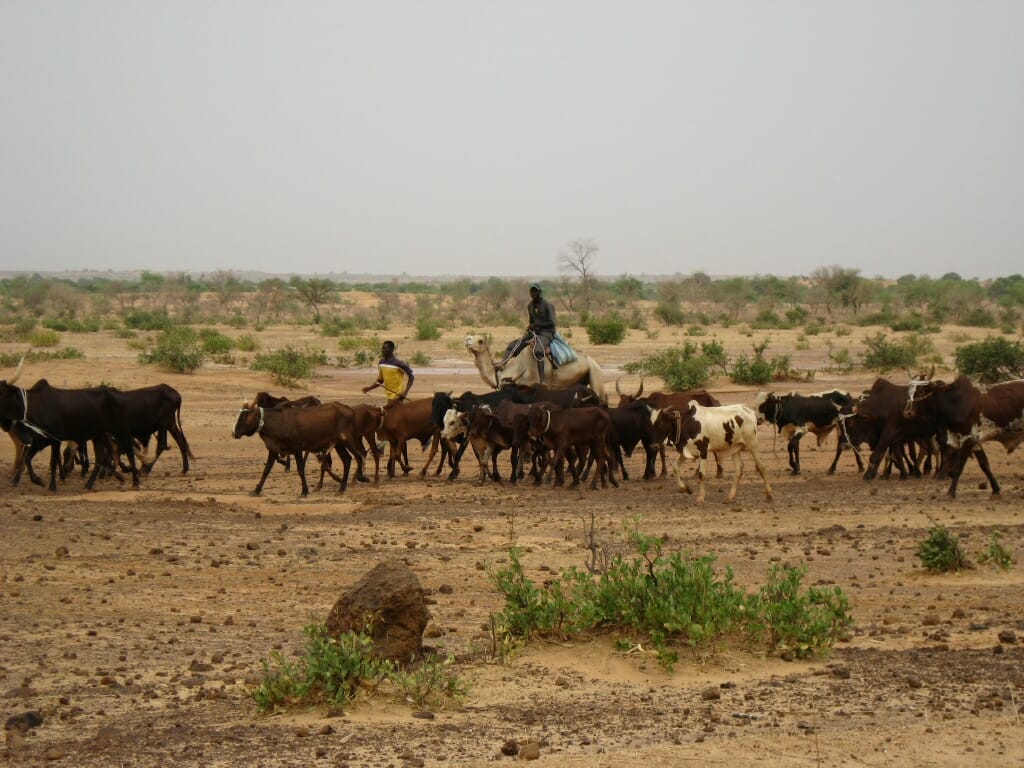 Herders on camelback moving cattle in Niger. Livestock is an important economic resource in much of the Sahel, but limitations on water and pasturage provide constant challenges to herders. Photo: Leonardo A. Villalón

Droughts can grip the vast Sahel region of Africa for decades, dramatically altering the border where forest and savannahs give way to the Sahara Desert. Predicting those droughts is vital, but hard.

Trying to improve those predictions, University of Wisconsin–Madison climate scientists used data from satellites, rainfall gauges and other sources to test models of the link between rainfall and vegetation in the dry region. They found that more vegetation encourages more precipitation by drawing moisture out of the ground and recycling it into the atmosphere, where it can fall as rain again. The research can help refine climate models to improve their short- and long-term predictions for the Sahel and other regions. 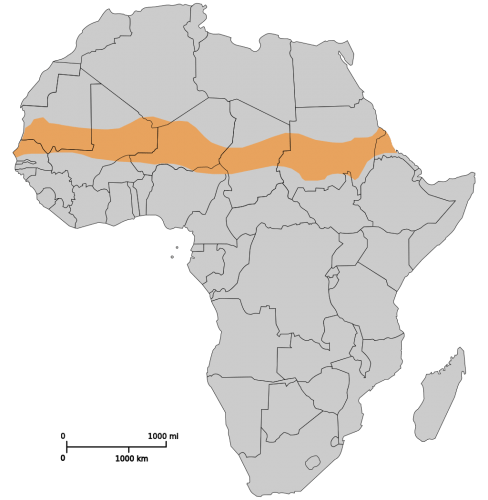 The Sahel is a large, semiarid region of Africa just south of the Sahara Desert. Map by Pechristener via Wikimedia Commons

“The Sahel has a lot of socioeconomic challenges and is very vulnerable to drought. Changes in climate have large impacts in this region in particular,” says Notaro, the associate director of the Nelson Institute for Environmental Studies’ Center for Climatic Research. “Global climate models generally have no clear consensus on how precipitation is going to change this century in the Sahel. One of our goals with this work was to understand which models are most reliable for this region.”

The Sahel, a large, semiarid region just south of the Sahara, routinely experiences pronounced droughts that can last decades, threatening food security in the area. Climate researchers have sought explanations for why these droughts begin and end when they do, and they have done this in part by turning to climate models that predict how environmental factors influence rainfall in the region. More rainfall naturally increases vegetation, and most climate models also predict that more vegetation in turn leads to more precipitation in a positive-feedback loop. But models differed in the causes behind this virtuous cycle, a disagreement that could only be addressed with observational data.

Notaro’s group turned to satellite data that helped measure the amount of vegetation in the area from 1982 to 2011, during which severe droughts and relative wet periods occurred. Combined with on-the-ground records of rainfall and other measurements of temperature, humidity and wind, the scientists were able to correlate precipitation patterns with environmental conditions. 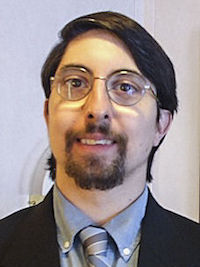 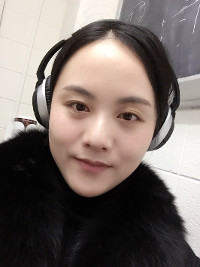 The researchers confirmed that increased vegetation can boost rainfall, as many models predicted. In contrast to the dominant model, which focused on the landscape’s absorption of solar energy, the scientists found evidence of a moisture recycling effect on precipitation. As plants draw up moisture from the ground, they release it into the atmosphere. That increases the water available to fall again as rain in another part of the Sahel, leading to yet more vegetation and more rainfall.

“We’ve demonstrated an elusive feedback mechanism that’s been hypothesized for the Sahel for decades,” says Notaro. This positive feedback loop helps explain why both wet and dry periods can last for so many years in the region, he says.

Notaro says their work testing and verifying predictive climate models with observations will help improve those models. For a region like the Sahel that is especially subject to the whim of droughts and anxious about a changing climate, those improved models may help residents prepare for the future.