Humans may be reversing the climate clock, by 50 million years

Our future on Earth may also be our past.

In a study published Monday (Dec. 10, 2018) in the Proceedings of the National Academy of Sciences, researchers show that humans are reversing a long-term cooling trend tracing back at least 50 million years. And it’s taken just two centuries.

By 2030, Earth’s climate is expected to resemble that of the mid-Pliocene, going back more than 3 million years in geologic time. Without reductions in our greenhouse gas emissions, our climates by 2150 could compare to the warm and mostly ice-free Eocene, an epoch that characterized the globe 50 million years ago. 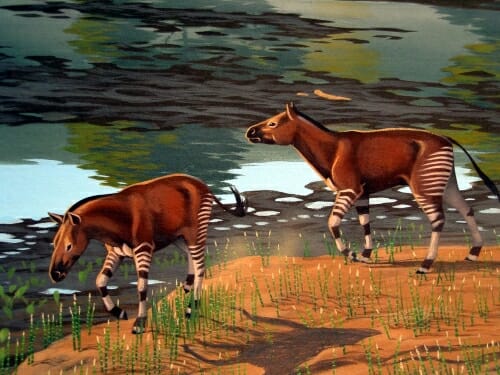 Epihippus gracilis, one of the many early horses found in the Hancock Mammal Quarry in Oregon, depicted around 30 million years ago. Their ancestors would have gotten their start in the Eocene. Illustration: National Park Service

“If we think about the future in terms of the past, where we are going is uncharted territory for human society,” says the study’s lead author, Kevin Burke, a graduate student in the lab of paleoecologist John “Jack” Williams, professor of geography at the University of Wisconsin–Madison. “We are moving toward very dramatic changes over an extremely rapid time frame, reversing a planetary cooling trend in a matter of centuries.”

All of the species on Earth today had an ancestor that survived the Eocene and the Pliocene, but whether humans and the flora and fauna we are familiar with can adapt to these rapid changes remains to be seen. The accelerated rate of change appears to be faster than anything life on the planet has experienced before.

Future climate analogs for the years 2020, 2050, 2100 and 2200 according to three well-established models. If greenhouse gas emissions are not curbed, the study says, the climate will continue to warm until it begins to resemble the Eocene in 2100. Courtesy of the authors

The new study builds upon work Williams and colleagues first published in 2007, which compared future climate projections to historical climate data from the early 20th century. The new study relies on extensive data about climate conditions to probe much deeper in Earth’s geologic past and expand those comparisons.

“We can use the past as a yardstick to understand the future, which is so different from anything we have experienced in our lifetimes,” says Williams. “People have a hard time projecting what the world will be like five or 10 years from now. This is a tool for predicting that — how we head down those paths, and using deep geologic analogs from Earth’s history to think about changes in time.”

During the Eocene, Earth’s continents were packed more closely together and global temperatures averaged 13 degrees Celsius warmer than they are today. Dinosaurs had recently gone extinct and the first mammals, like ancestral whales and horses, were spreading across the globe. The Arctic was occupied by swampy forests like those found today in the southern U.S.

The Arctic was a warm, wet, swampy, forested place 50 million years ago. Video from the Canadian Museum of Nature

In the Pliocene, North and South America joined tectonically, the climate was arid, land bridges allowed animals to spread across continents and the Himalayas formed. Temperatures were between 1.8 and 3.6 degrees Celsius warmer than they are today.

For the study, Burke and Williams — along with colleagues at the University of Bristol, Columbia University, University of Leeds, NASA Goddard Institute for Space Studies and the National Center for Atmospheric Research — examined the similarities between future climate projections as set forth by the Intergovernmental Panel on Climate Change Fifth Assessment Report and several periods of geologic history. 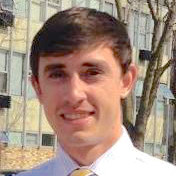 They used Representative Concentration Pathway 8.5 (RCP8.5), which represents a future climate scenario in which we do not mitigate greenhouse gas emissions, and RCP4.5, a scenario in which we moderately reduce greenhouse gas emissions, and climate simulations using three different but well-established models: the Hadley Centre Coupled Model version 3, the Goddard Institute for Space Studies ModelE2-R and the Community Climate System Model.

While not without their flaws, each of these models represents the best available data and state-of-the-art techniques.

Under both scenarios and across each model, compared to previous eras, the Earth’s climate most closely resembled the mid-Pliocene by 2030 (under RCP8.5) or 2040 (under RCP4.5). Under the greenhouse gas stabilization scenario of RCP4.5, the climate then stabilizes at mid-Pliocene-like conditions, but under the higher greenhouse gas emissions of RCP8.5, the climate continues to warm until it begins to resemble the Eocene in 2100, achieving Eocene-like conditions more broadly by 2150.

The models showed these deep-geological climates emerging first from the center of continents and then expanding outward over time. Temperatures rise, precipitation increases, ice caps melt and climates become temperate near the Earth’s poles. 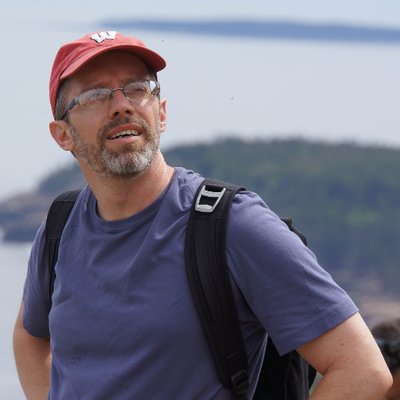 “Madison (Wisconsin) warms up more than Seattle (Washington) does, even though they’re at the same latitude,” Williams explains. “When you read that the world is expected to warm by 3 degrees Celsius this century, in Madison we should expect to roughly double the global average.”

The study also showed that under RCP8.5, “novel” climates emerge across nearly 9 percent of the planet. These are conditions that do not have known geologic or historical precedent and they concentrate in eastern and southeastern Asia, northern Australia and the coastal Americas.

“Based on observational data, we are tracking on the high end of the emissions scenarios, but it’s too soon to tell,” says Burke. “We may be somewhere between RCP4.5 and RCP8.5, though if we increase our climate mitigation efforts — like switching to renewable energy — we could find ourselves closer to the low end.”

About a decade ago, Swedish scientist Johan Rockström and colleagues introduced the idea of “safe operating space,” referring to the climate conditions under which modern agricultural societies developed. By comparing to the deep past, Williams and Burke say, we are able to better understand the planetary boundaries and thresholds that delineate this space.

“The further we move from the Holocene, the greater the potential that we move out of safe operating space,” says Williams, a faculty affiliate with the UW–Madison Nelson Institute Center for Climatic Research. “In the roughly 20 to 25 years I have been working in the field, we have gone from expecting climate change to happen, to detecting the effects, and now, we are seeing that it’s causing harm. People are dying, property is being damaged, we’re seeing intensified fires and intensified storms that can be attributed to climate change. There is more energy in the climate system, leading to more intense events.”

“People have a hard time projecting what the world will be like five or 10 years from now. This is a tool for predicting that …”

In their paper, the researchers try to strike a balance between alarm and optimism. On the one hand, Earth is headed into the unknown in our children’s and grandchildren’s lifetimes. On the other, life has long proven to be resilient. And, Williams says, in many places we are moving away from fossil fuels toward more sustainable and carbon-free energy sources. But more needs to be done.

“We’ve seen big things happen in Earth’s history — new species evolved, life persists and species survive. But many species will be lost, and we live on this planet,” says Williams. “These are things to be concerned about, so this work points us to how we can use our history and Earth’s history to understand changes today and how we can best adapt.”

The study was funded by the National Science Foundation (DEB-1353896) and the Wisconsin Alumni Research Foundation.