Hundreds gathered for an employee appreciation ice cream social on Bascom Hill on June 1, with campus leaders handing out free Babcock ice cream and alternatives as a way to show thanks and mark the end of the academic year. A second event, timed for the convenience of second- and third-shift workers, is scheduled for 10:30 p.m. on June 29 at Gordon Dining and Event Center and Dejope Residence Hall. 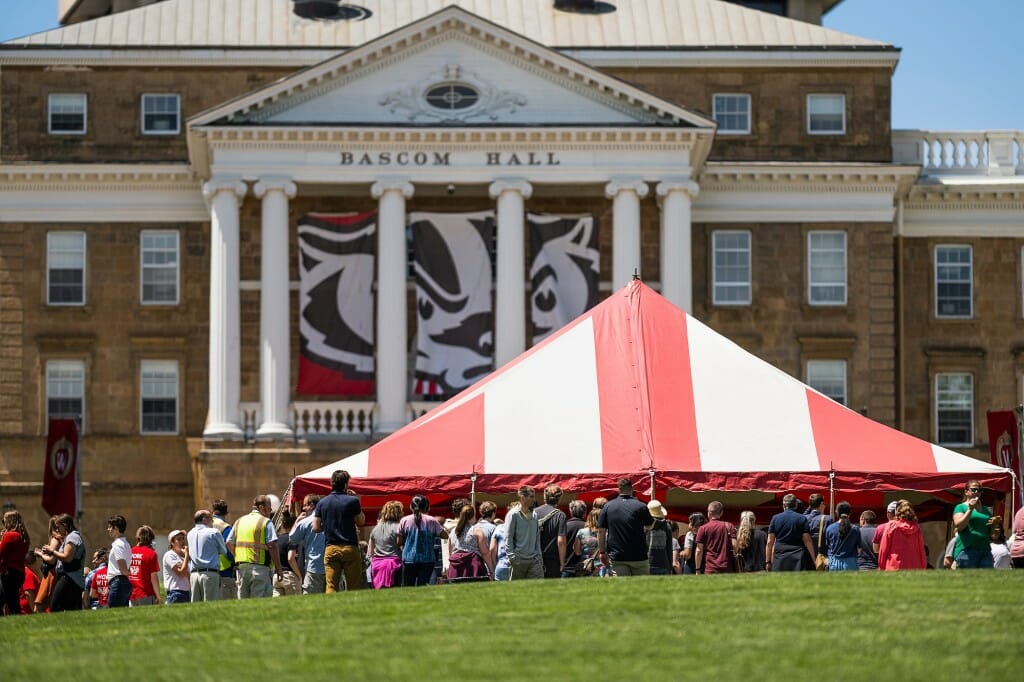 1 Under the watchful eyes of a Bucky Badger banner on Bascom Hall, hundreds of people gathered for a free scoop. Photo by: Jeff Miller 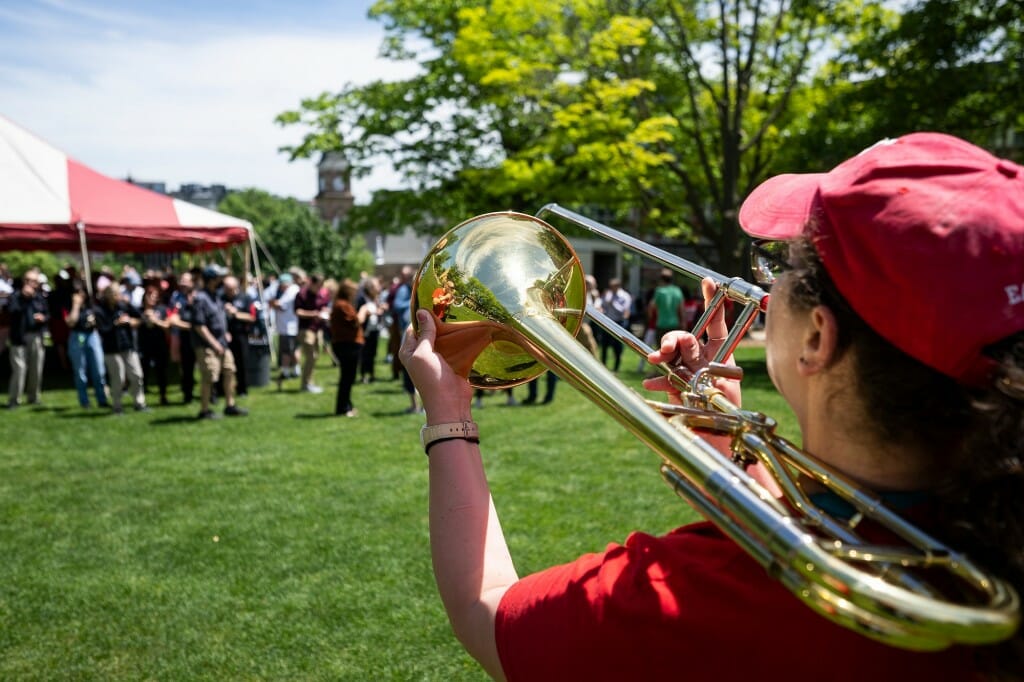 2 A member of the UW Marching Band performs on trombone to contribute to the festive atmosphere. Photo by: Jeff Miller 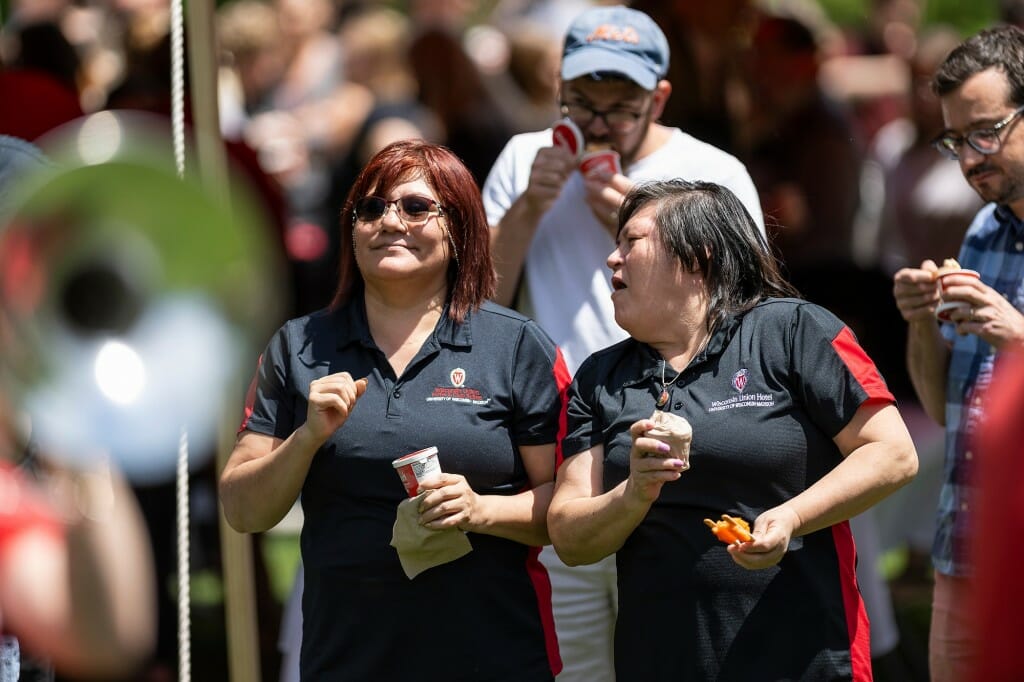 3 Housekeeping supervisor Escarlet Zamilpa, left, and housekeeping staff member Patricia Velasquez, who work at the Wisconsin Union Hotel at Union South, dance along with the band. Photo by: Jeff Miller 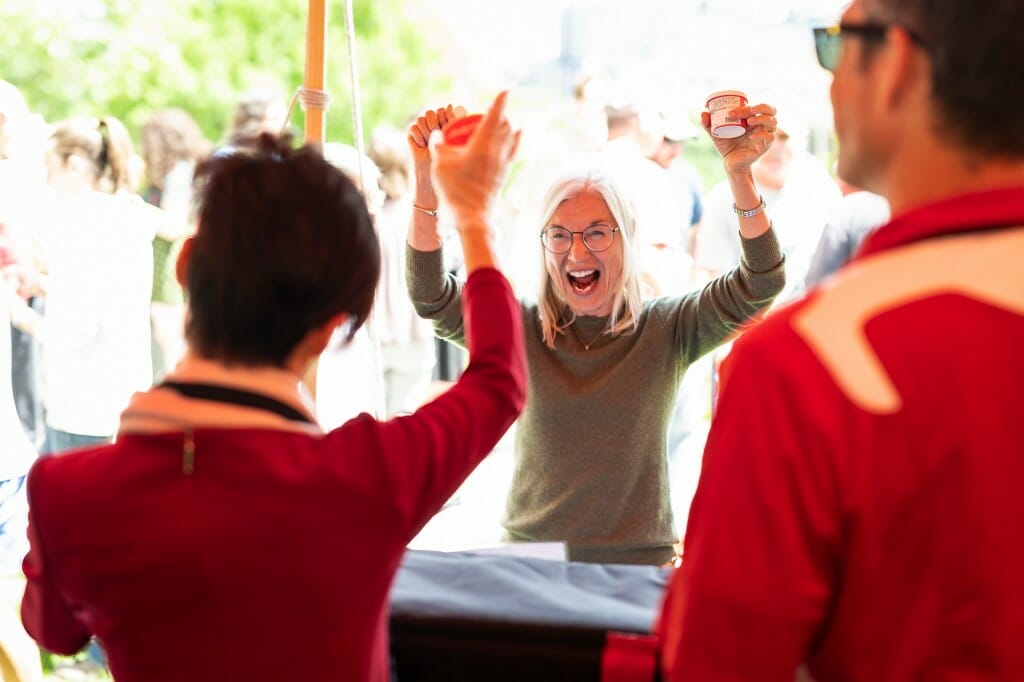 4 Soyeon Shim (back to camera), dean of the School of Human Ecology, serves ice cream to an enthusiastic Cindy Czajkowski, associate vice chancellor for research in biological sciences. Photo by: Jeff Miller 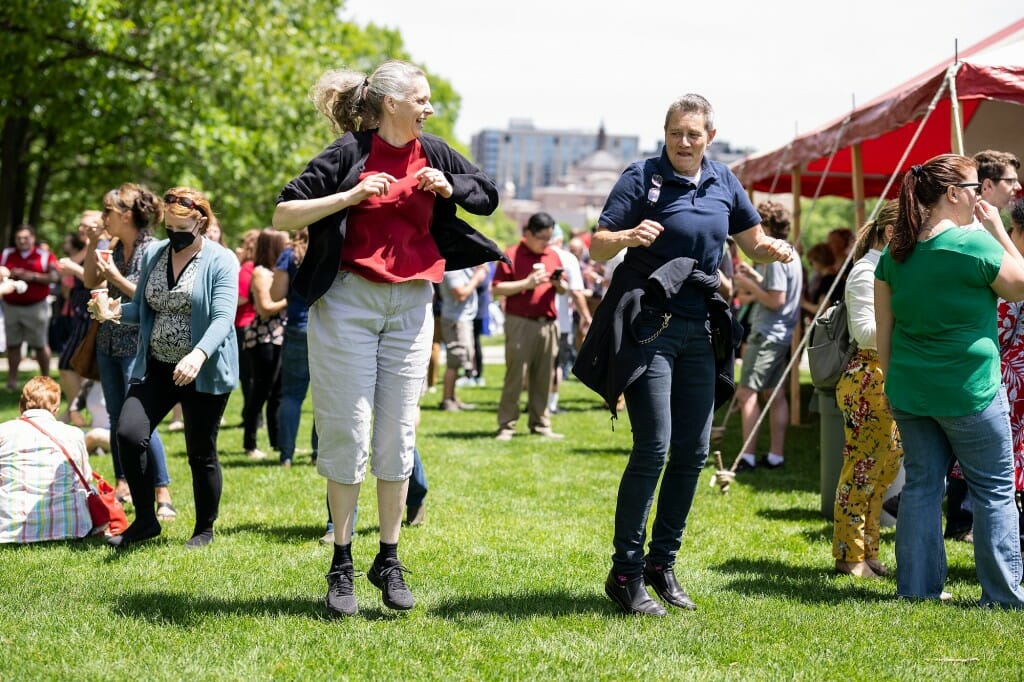 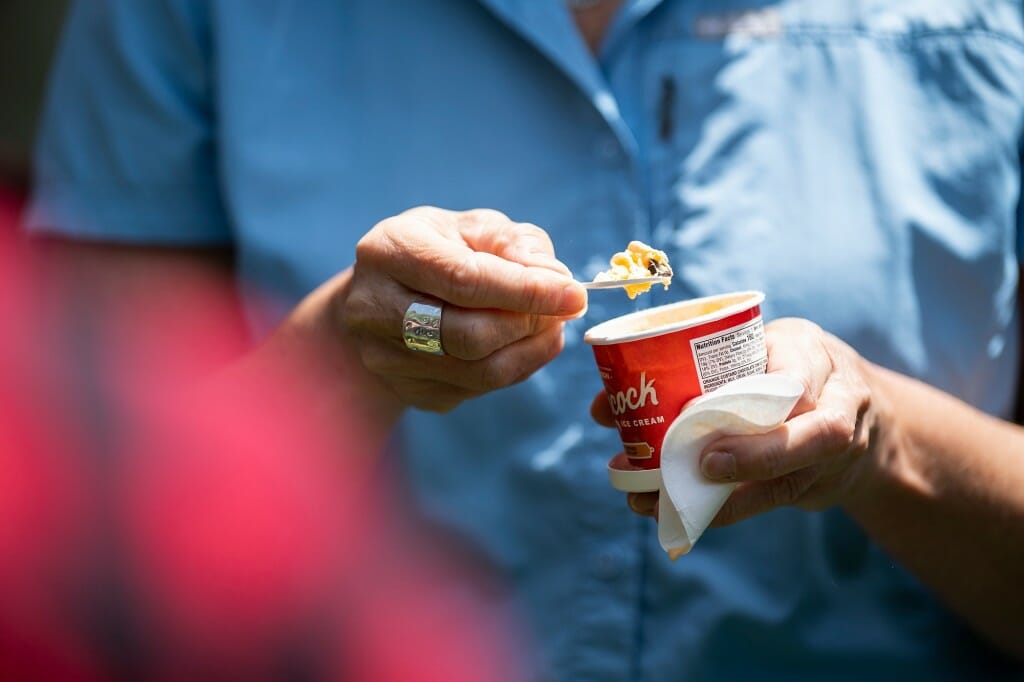 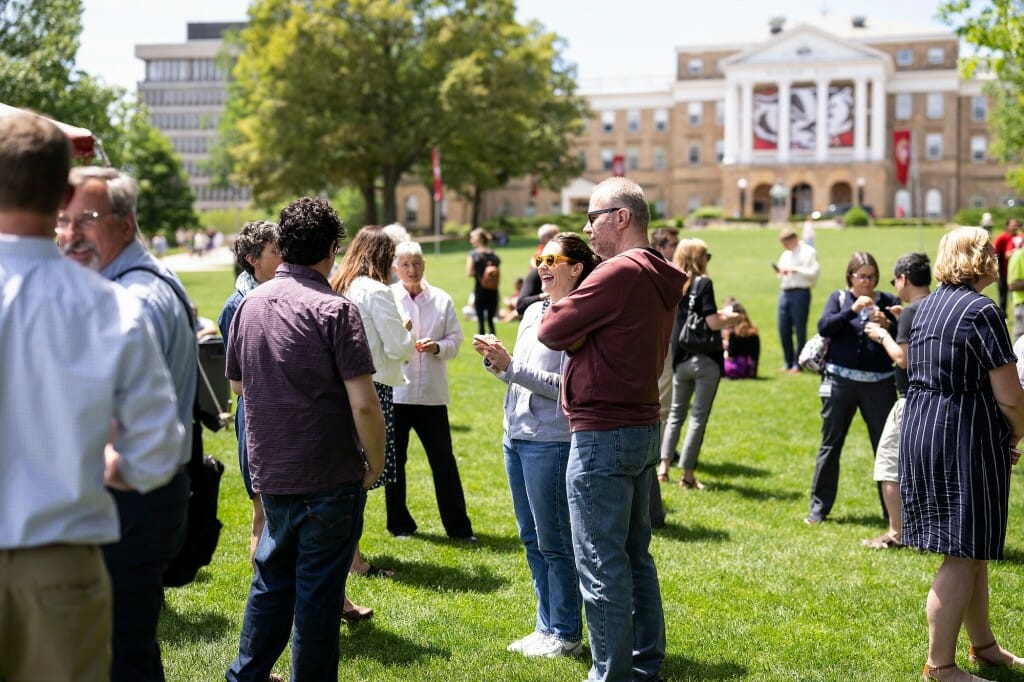 7 The ice cream social will be repeated at two other locations June 29 for the convenience of second- and third-shift employees. Photo by: Jeff Miller 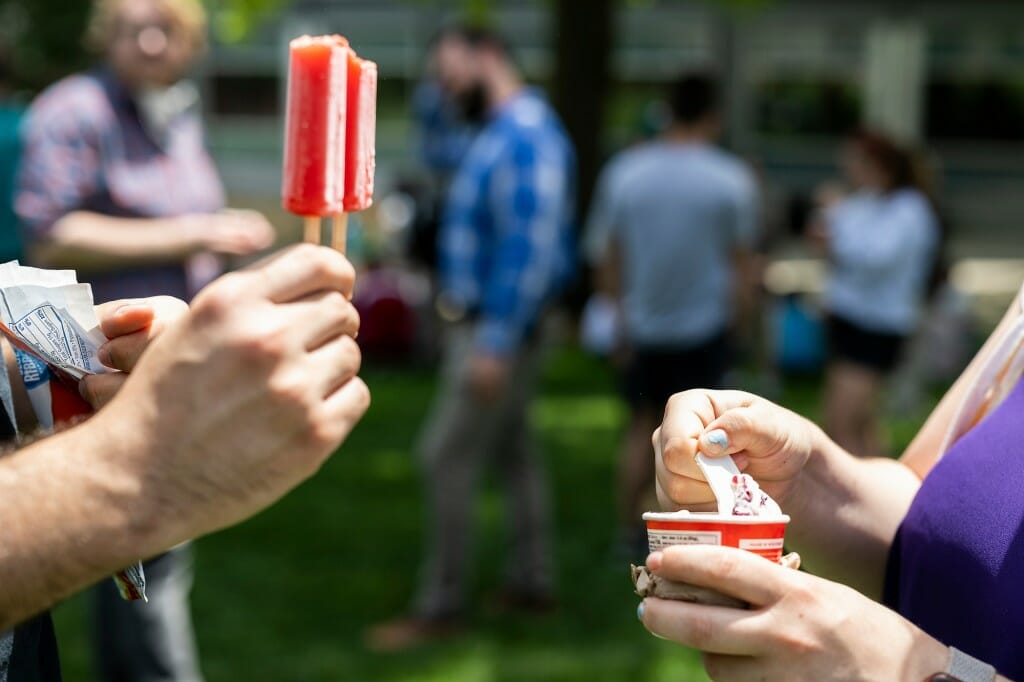 8 Alternatives, such as a refreshing Cherry Twin Pop, were served in addition to ice cream flavors like Blueberry Swirl. Photo by: Jeff Miller 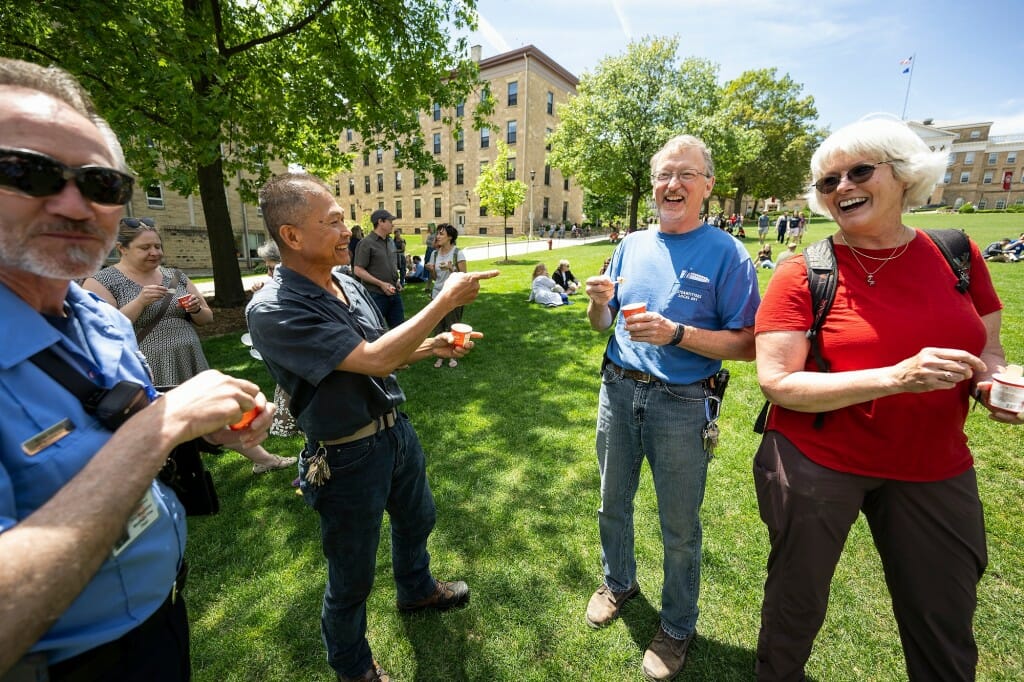 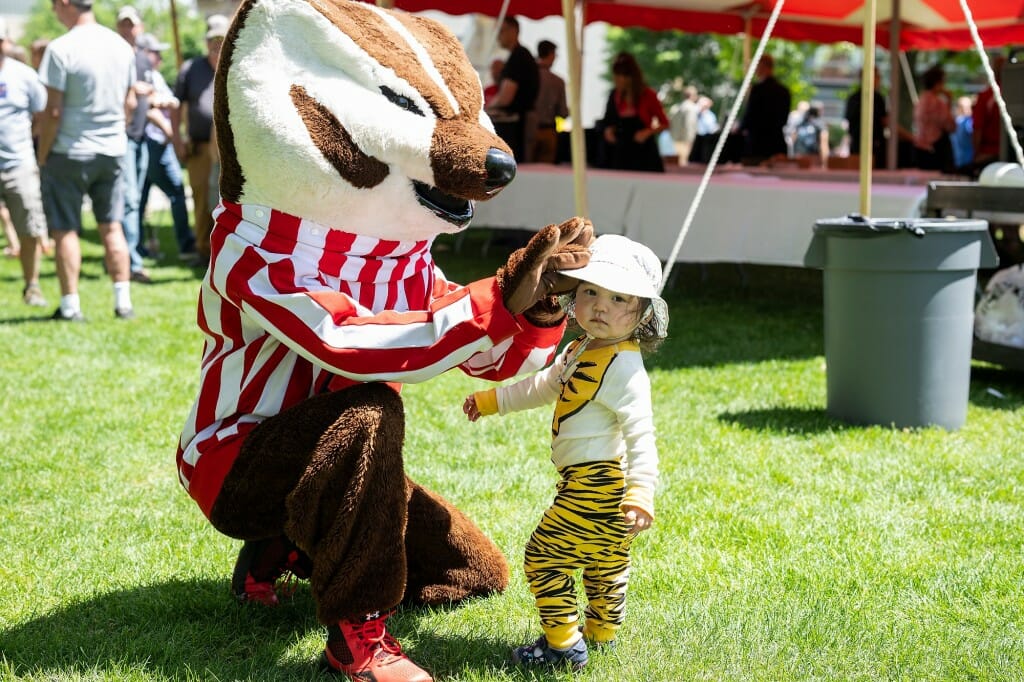 10 Jo Dowling, the 17-month-old daughter of PhD candidate and Asian Languages and Cultures instructor Brendan Dowling, was wise to have her sunhat tied on tight while meeting the often-mischievous Bucky Badger. Photo by: Jeff Miller