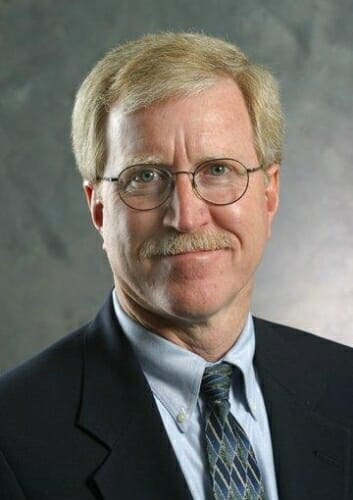 Henderson will bridge an anticipated gap between the departure of Sarah Mangelsdorf and the start date of a new provost, expected to be later this summer ahead of the 2019­–20 academic year.

Mangelsdorf will depart UW–Madison on June 3 to assume the presidency of the University of Rochester on July 1. Henderson retired from the UW System in May 2018 and continues to reside in Middleton.

“I appreciate Jim’s willingness to step in during this transitional period and look forward to working with him,” Blank says.

“His presence will allow us to continue moving forward on key projects and initiatives and his experience makes him a perfect fit with our staff. While we will miss Sarah, I look forward to completing our provost search.”

Henderson joined UW System in 2016 and served as chief academic officer, capping a career in higher education that spanned nearly 40 years and seven states. Prior to coming to Wisconsin, he served as provost and vice president for academic affairs at the University of Louisiana at Lafayette.

Henderson earned a Ph.D. and M.A. in mathematics at UW–Madison. He holds a master’s degree and undergraduate degree in mathematics from the University of Texas at Austin.

“Having worked with the provost and Provost’s Office staff during my time convening the System Provosts and serving as the System liaison with the Board of Regents Education Committee, I’m very excited to officially join UW–Madison and to be helpful to them in this transition,” he says.

Interviews with UW–Madison provost candidates will be completed before the end of the academic year.