From ground to orbit, sensors check air to improve quality 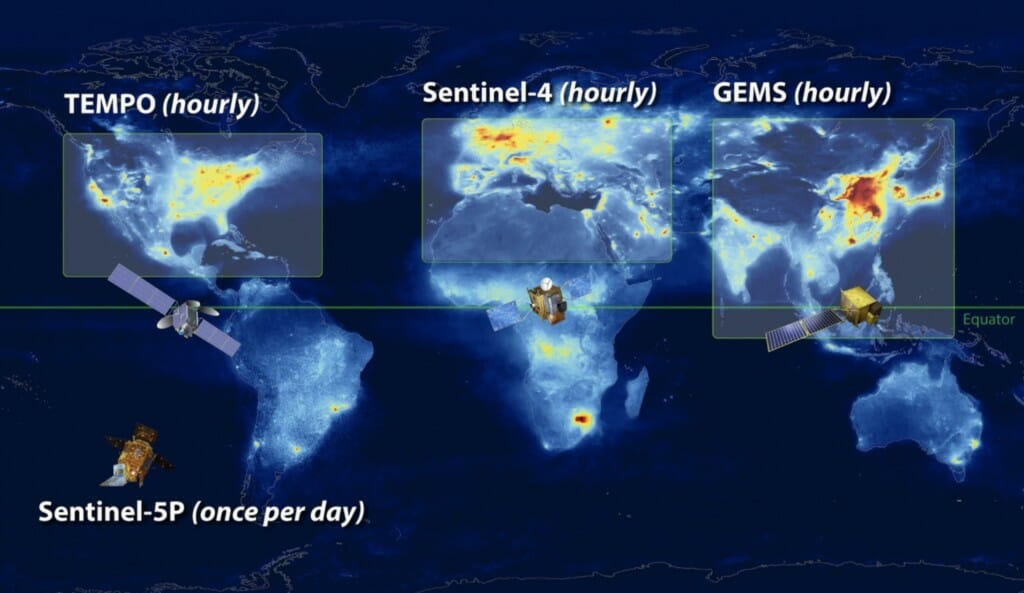 The TEMPO project will provide hourly data like this, revealing concentrations of various airborne pollutants and irritants across the northern hemisphere. Image courtesy of NASA

From high-profile wildfires in the American West over the last several years, to visibly cleaner air during pandemic slowdowns, air quality is returning to the forefront of environmental concern. The air we breathe has direct impacts on human health and quality of life — especially for people with respiratory concerns.

The issue is: Solutions cannot be implemented without knowing where the problem areas are or what to clean up.

“We just don’t have enough ground-level information to know what people are breathing,” says Tracey Holloway, an environmental science professor at the University of Wisconsin–Madison. “That is true with inner cities, rural areas and tribal communities, and that’s true if you look at countries around the world, many of which have no monitors whatsoever.” 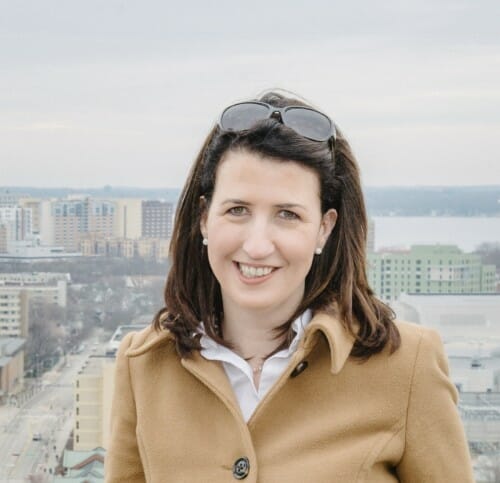 To comprehensively tackle the complexities of air pollution, proper monitoring and modeling is required from a community to global scale. Scientists are hard at work developing these systems so they can collect data, determine the areas most in need, and implement solutions there first.

Langston Verdin, director of health strategy for the Milwaukee Health Department, is working to identify communities with the poorest air quality in Milwaukee.

To accomplish this, Verdin partnered with IQAir, a company that produces consumer-accessible, low-cost air quality monitoring units. These units can be used indoors or at small scales outside. IQAir monitors work in conjunction with an app that reports real-time air quality and other useful details for users. This information could be especially beneficial for child care centers and schools, or for high-risk individuals with asthma or other respiratory concerns.

Right now, Verdin has five IQAir units distributed around Milwaukee. With these, he hopes to gather enough data across different areas to completely analyze the city’s air quality and then work to advocate for communities with the most hazardous air quality. Similar units by PurpleAir are in place around Madison as well.

Computational modeling is a great tool to show how air pollution evolves on a national scale. However, it can be very difficult to zoom into specific areas with these models, which are also time-consuming to run and computationally expensive.

To counter these issues, Christopher Tessem, a civil and environmental engineering professor at the University of Illinois Urbana-Champaign, has developed the only computational model available allowing air pollution examination from a city to national scale. The model not only gives clarity, but it also quickens the monitoring process.

“This computational speed-up makes possible uncertainty, sensitivity and scenario analyses that could not be attempted with other comprehensive chemical transport models,” Tessem said in a recent panel discussion with Holloway and Verdin hosted by UW–Madison’s Wisconsin Energy Institute.

To comprehensively tackle the complexities of air pollution, proper monitoring and modeling is required from a community to global scale.

Holloway and a graduate student have been running Tessem’s InMAP model specifically over Wisconsin and Madison.

Air monitoring also happens on an even larger scale, in space with satellites. Satellites can detect particles and gases invisible to the human eye, collecting data essential to filling in missing gaps that the other monitors and models cannot uncover. Satellites act as additional support for other monitoring techniques, not a replacement as they cannot measure pollution levels near Earth’s surface.

“It’s pretty amazing that we can see invisible pollution from outer space. … It almost sounds like a science fiction story,” says Holloway, who has led NASA’s Health and Air Quality Applied Sciences Team for more than a decade.

Satellite monitors only continue to improve, according to Holloway.

“There is a renaissance of satellite data for air pollution coming,” she says. “In 2022, the U.S. is going to launch the first satellite that can orbit with the Earth, detecting air pollution every hour over North America. This will provide info on nitrogen dioxide, sulfur dioxide and other pollutants that are regulated by the Clean Air Act, indicators of emissions, relevant for environmental justice, and that pave the way for climate solutions.”

This new satellite is called TEMPO, for Tropospheric Emissions: Monitoring of Pollution.

Collectively, with all these models and monitors, atmospheric scientists are well on their way to creating a complex composition of the air in our atmosphere. With this data, along with community input, new options can be evaluated by policymakers, building on a history of air quality regulations going back to the Clean Air Act of 1970.

Major clean air improvements could occur in the clean electricity and electric vehicle sectors. With heavily trafficked areas known to be poor air areas, shifts to electric vehicles would especially improve these hard-hit spots. Overall, any policy that reduces fossil fuel burning will be a win for climate, air quality and health, Holloway says.

Holloway and Verdin acknowledge the need for implementing solutions that drive air quality improvement. With the correct collaboration of monitoring techniques, researchers can gather data to back up policy suggestions that can make impactful change.