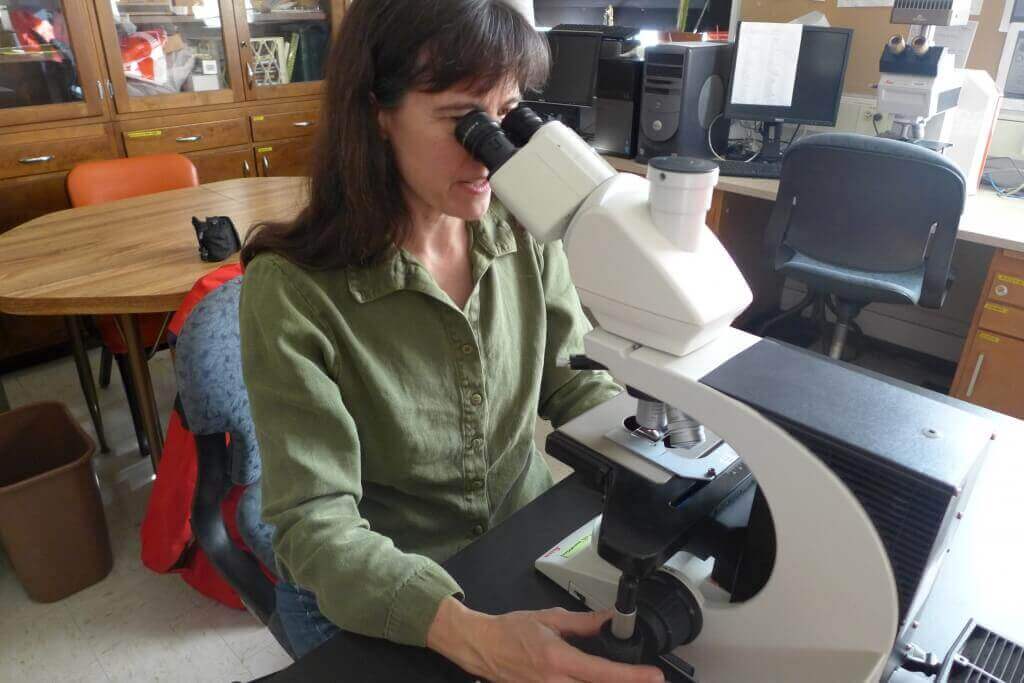 Whether it’s a putative perpetrator with a peculiar pollen in his poncho, a possible plantation of proscribed opiates, or a shipment of lumber from a tree protected by international treaty, botanical identification can make or break a criminal case.

This spring, UW–Madison students are getting a chance to expand their skills beyond the traditional academic realm in Botany 575: Forensic Botany.

The new course focuses on science as problem solving, but also fills utterly practical needs, says Sara Hotchkiss, associate professor of botany and an expert in pollen identification. “I have helped coroners analyze pollen found on a jacket sleeve. If you want to know where a person was — or was not — finding a lot of tree pollen creates a different set of possibilities than finding ragweed pollen.” 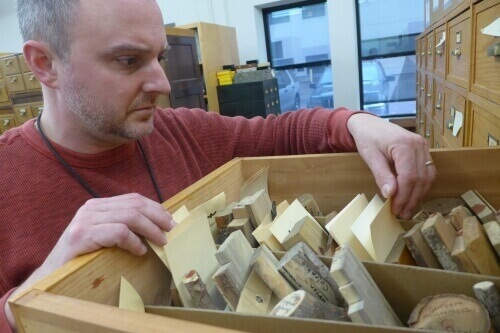 Forensics can provide a real-world use for esoteric knowledge, says volunteer course instructor Alex Wiedenhoeft, team leader of the Center for Wood Anatomy Research (CWAR) at the U.S. Forest Products Laboratory in Madison. “I took plant anatomy at UW–Madison in 1995, and I was sitting in those chairs, thinking, ‘Am I ever going to use this information?’ This course gives that question a different context.”

Criminology can benefit from knowledge of wood, leaves, diatoms, pollen and algae, adds Wiedenhoeft, an adjunct assistant professor of botany at UW–Madison and one of the world’s foremost experts in identifying woody species. “These are questions that criminal investigators are not asking as regularly as they could.”

Not all of the samples that reach the lab and need identification are of legal import, Wiedenhoeft adds. “I’ve gotten evidence from murders or plane crashes, … from university museums investigating African tribal masks, from Blackbeard’s ship, even wood from inside a saber tooth tiger’s skull.”

In forensic terms, CWAR’s prize exhibit is a pallet load of illegal mahogany veneer from Brazil. Although the shipment’s paperwork declared the value at less than $9,000, Wiedenhoeft was told that based on quality and size, the real value is closer to a quarter-million dollars.

The large pile of mahogany veneer is emblematic of the size of illegal logging, Wiedenhoeft says. “It’s a $30 billion- to $100 billion-a-year global business, and that’s something we did not understand at the outset. Something like 80 percent is done by organized crime; it’s not just local people clearing land to grow crops.”

The instructors will grab opportunities as they arise, says Wiedenhoeft. “If something interesting happens on campus, like the President’s Oak (a hollow bur oak, aged about 300 years, removed from Observatory Hill last January), we’ll visit. There is so much you can learn while people cut up a gigantic organism like that.”

Although the course is experimental, it’s more substantial than you might think, says Wiedenhoeft. “There is ample science to back up the forensic application of botany, but there seems to be a lack of awareness of how powerful and ubiquitous it can be. We want to take students who are excited, passionate about botany, and show them what is out there.”

“Forensics is a great way to teach how science works,” says Hotchkiss. “It’s problem-solving. This is changing, but too many introductory classes are about what I call ‘stuff scientists have learned.’ The forensic approach is about how scientific reasoning works. The fun of being a scientist is figuring out how stuff works and solving problems and mysteries.”