Flexibility may be the key to potent peptides for treating diabetes

A little wiggle room might be just what the doctor ordered.

New research suggests that the peptides — short chunks of protein — used to treat Type 2 diabetes may be more effective if they’re able to flexibly move back and forth between different shapes.

The findings could help improve drug design for these diabetes drugs and possibly other therapeutic peptides.

More broadly, the discovery counters common wisdom that that molecular signaling machinery in the body is based on having one ideal — and static — partner to activate cellular receptors. Life’s machinery might be more dynamic than previously thought.

The peptide, known as GLP-1, had previously been known to adopt a rigidly helical, corkscrew shape. Compared to a peptide locked into this helical shape, a peptide engineered to form a sudden kink near its end better activated its cellular target, which promotes insulin release from the pancreas. It’s likely that, in the body, GLP-1 is able to switch back and forth between these two forms, maximizing its potency. 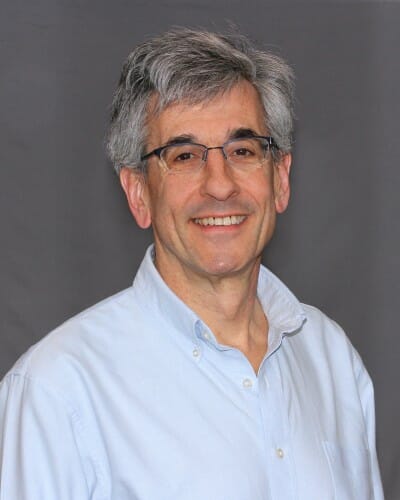 “I think most molecular scientists have an image of this peptide bound to the receptor as having a single ideal shape,” says Sam Gellman, a professor of chemistry at the University of Wisconsin–Madison who supervised the new research. “And what we’re saying is that this vision of an ideal interaction between these two units is probably too simplistic. That in order to be effective, that peptide needs to remain mobile in certain ways.”

Gellman and an international collaboration of researchers published their findings Dec. 22 in the journal Nature Chemical Biology. The work was led by Brian Cary when he was a doctoral student in Gellman’s lab.

Many hormones are peptides, including insulin and GLP-1. These peptides provide key information to cells that affects metabolism, such as by controlling blood sugar. Peptides pass on this information by binding to and activating specialized receptor proteins on the outside of a cell.

Biologists often imagine the peptide as a key that fits into and turns the receptor’s lock. Just like for keys, the right shape is critical for a peptide to work properly.

Drug makers often try to adjust a peptide’s shape to make it a better drug. Because GLP-1 adopts a corkscrew shape, the assumption was that forcing the peptide to be more helical might make GLP-1 better able to activate its target in the body.

Yet when Cary engineered GLP-1-like peptides to better form this corkscrew shape, he discovered that they were less potent.

To dig into this unexpected finding, Cary designed and created a series of differently shaped GLP-1 varieties to test. Using amino acids not normally found in natural peptides, Cary was able to produce two types of shapes. One category was helical throughout its length, while the other one bent at a severe angle close to one end.

When the research team tested these different shapes, they uncovered a puzzle: helical peptides bound strongly to the receptor, but were terrible at activating it; kinked proteins bound weakly, but effectively activated the receptor when they finally docked in.

To solve this puzzle, the team came up with a new model of how GLP-1 might work. In this model, GLP-1 binds to and activates its target as a helix — the correctly shaped key to fit in the lock. Then, GLP-1 is able to switch to a new shape with a kink near the end. The kink helps reset GLP-1’s cellular target, preparing it to send a new signal. The peptide can then switch back to a helix to fully dock again and activate the target once more.

“By going back and forth, but never completely popping off the receptor, you get to keep signaling and be more effective as a signal-inducing peptide,” says Gellman. Only a peptide able to switch back and forth can accomplish this feat.

This model was supported by data showing a GLP-1-like peptide bound to its receptor in the two different shapes. This molecular-level imaging of the shape of different proteins, known as Cryo-EM, helps scientists see how biological machinery fits together to function.

“The pleasure of seeing that Cryo-EM structure and recognizing that there are two states was seeing strong evidence that there is a second state that plays a functional role here,” says Gellman.

Going forward, Gellman says drug makers should consider whether their peptides of choice may similarly benefit from being able to adopt multiple shapes.

“We generally think of a single idealized structure that we are trying to obtain. But I would conclude from these results that actually the way to be most effective is to ensure you maintain particular modes of flexibility,” he says. “If you have that idea in mind, then you’re looking at the molecule in different ways.”