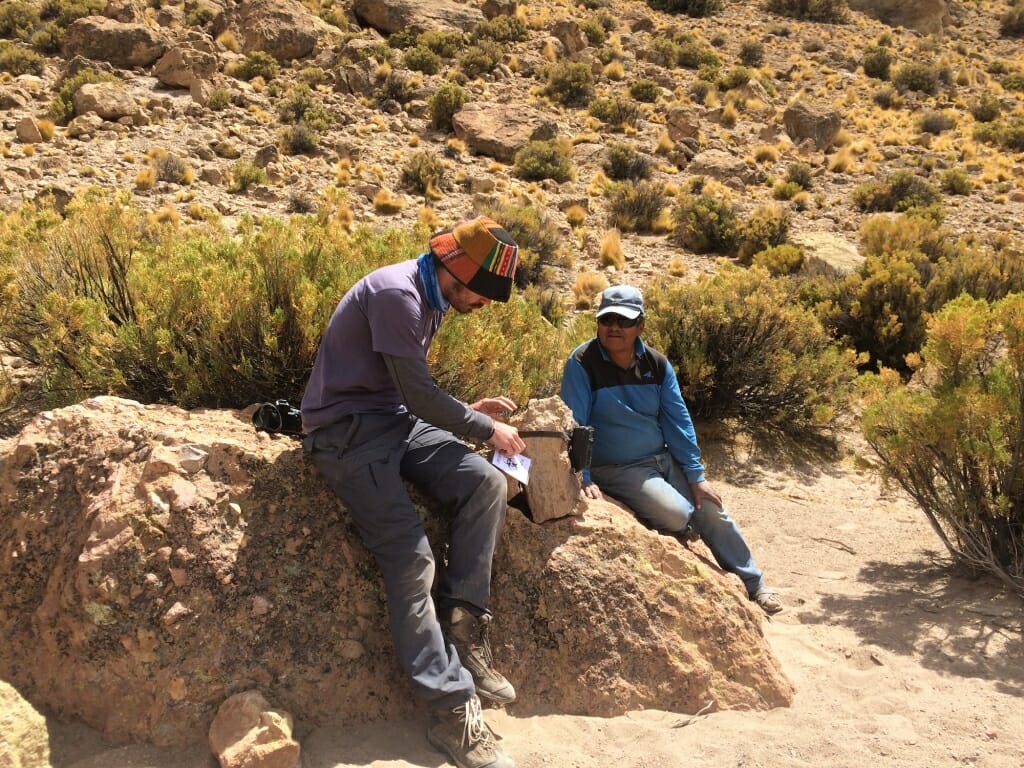 A field assistant and farmer install a camera trap near the herd’s sleeping site. With motion detection, the researchers were able to confirm the presence of predators in the area. Photo by Omar Ohrens

In the United States, some ranchers worry about wolf attacks on their livestock as the native predator is reintroduced to more areas.

But for Chilean livestock owners, wolves are not the potential threat. Pumas are.

As in the U.S., researchers in Chile are trying to develop non-lethal ways to deter predator attacks and reduce the friction between carnivores and farmers. New research from the University of Wisconsin–Madison Nelson Institute for Environmental Studies shows how lights can prevent puma attacks on livestock in Chile. The study found that bright, flashing lights overnight successfully protected livestock without harming the predators. 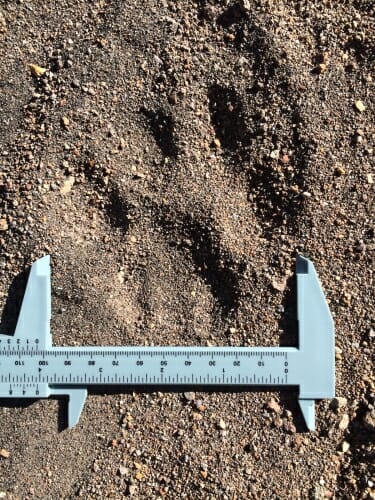 “What we saw was that for one calving season, farmers have not lost any part of their herds [using the lights],” says Omar Ohrens, the lead postdoctoral researcher for this study in the Carnivore Coexistence Lab within the Nelson Institute. For the research, published in Frontiers in Ecology and the Environment Jan. 3, Ohrens worked with indigenous Aymara people in Chile to experiment with anti-predator lights.

Strategically placed around the livestock, the lights, known as Foxlights, begin flashing in random patterns at sundown and emit patterns meant to simulate human activity. Built-in solar panels recharge the lights during the day.

To perform the study, Ohrens studied the geography of the Andean plateau — some 13,000 feet above sea level — in which the farmers worked to analyze the movements of pumas and foxes. Using trail cams and print tracking, the researchers verified that several pumas and foxes were likely nearby the herds.

The study recruited 11 livestock farmers, whose herds varied in size from 30 to nearly 400 llamas and alpacas. Ohrens’ team chose to focus on the calving season, because it is when the herds are most vulnerable.  To ensure uniformity in their study, the researchers employed a crossover research method. In this system, the treatment and control groups switched halfway through the study, which ensured that all herds received the Foxlight deterrent treatment at some point during the research. 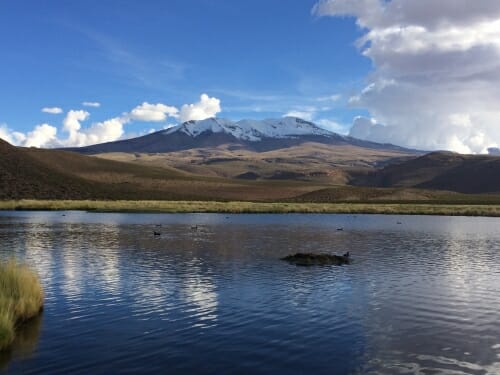 The traditional landscape of the Andean plateau in Chile. In the foreground, the Villablanca lagoon can be seen with the Sillajuay mountain as the background.

The farmers in the control groups without lights recorded several puma attacks, which confirmed that there were predators in the area. But when farmers were re-assigned to have access to the lights, they avoided attacks. These results suggested that geographical factors do not significantly diminish the lights’ effectiveness.

“That’s why this study is so important,” says Adrian Treves, a professor of environmental studies and founder of the Carnivore Coexistence Lab. “Omar’s study shows that non-lethal methods have been proven effective in multiple settings with different livestock and carnivores.”

In earlier work, Ohrens surveyed the same farmers about how they’ve tried to prevent attacks in the past. In those interviews, Ohrens found that most of the farmers wanted to find non-lethal ways to protect their herds, as the lethal methods were not preventing attacks from occurring, a finding that research on livestock attacks supports.

Although the lights proved effective against pumas over the four-month trial, they did not deter Andean foxes. Ohrens wasn’t surprised the foxes stuck around.

“What I’ve seen is that Andean foxes are not very scared of humans — they can get pretty close and even take food from people’s hands,” he says. “So they’re not going to be scared by lights that simulate human activity.”

The researchers say that the approach will need to be refined to extend the deterrent system to other regions in and out of Latin America. But to Ohrens, Treves and their collaborators, the results suggest a creative solution to a perennial problem where farms come up against the natural world.

“This study captures the whole ethic of the Nelson Institute of combining multiple disciplines to answer a societal problem,” says Treves.

The research was funded through a U.S. Fish and Wildlife Service Grant (F15AP00859), the Summerlee Foundation, Becas Chile Scholarship, Research Grant from the Center for Indigenous and Intercultural Studies at the Pontifícia Universidad Católica de Chile and a LACIS-Nave short term field research grant. 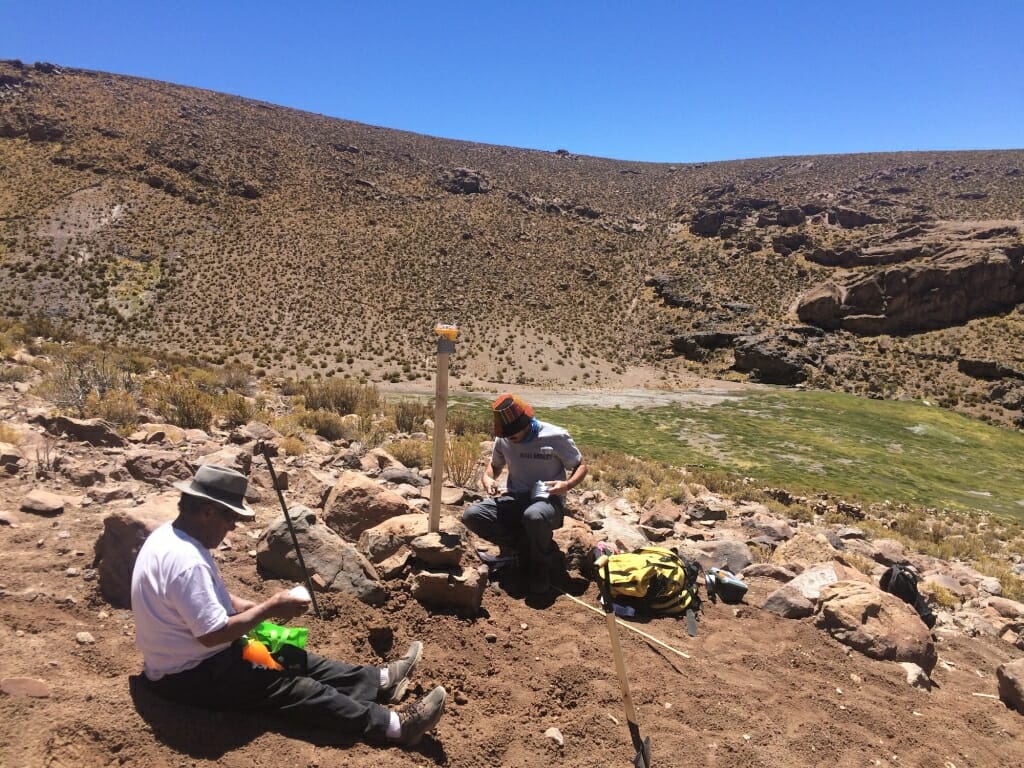 A field assistant and participating farmer set up a light deterrent next to a livestock sleeping site. Photo by Omar Ohrens