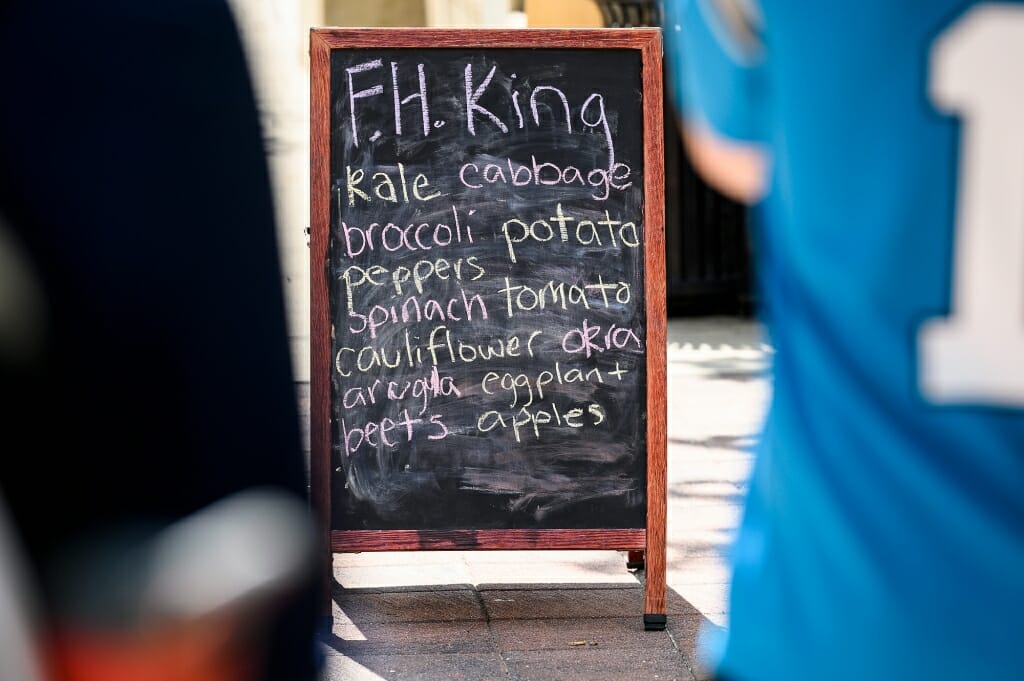 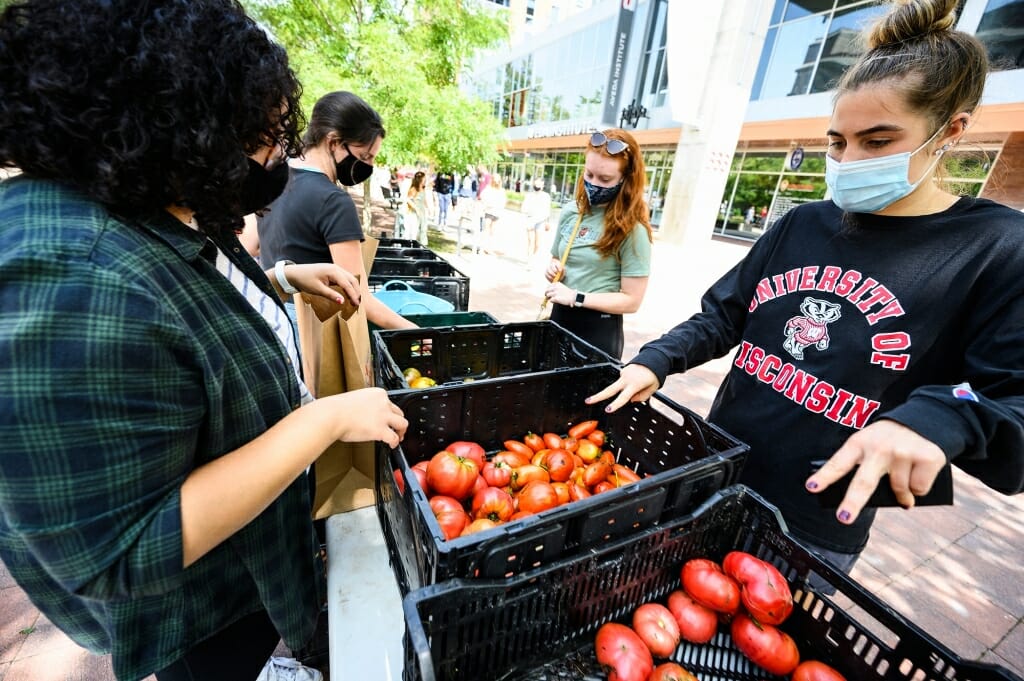 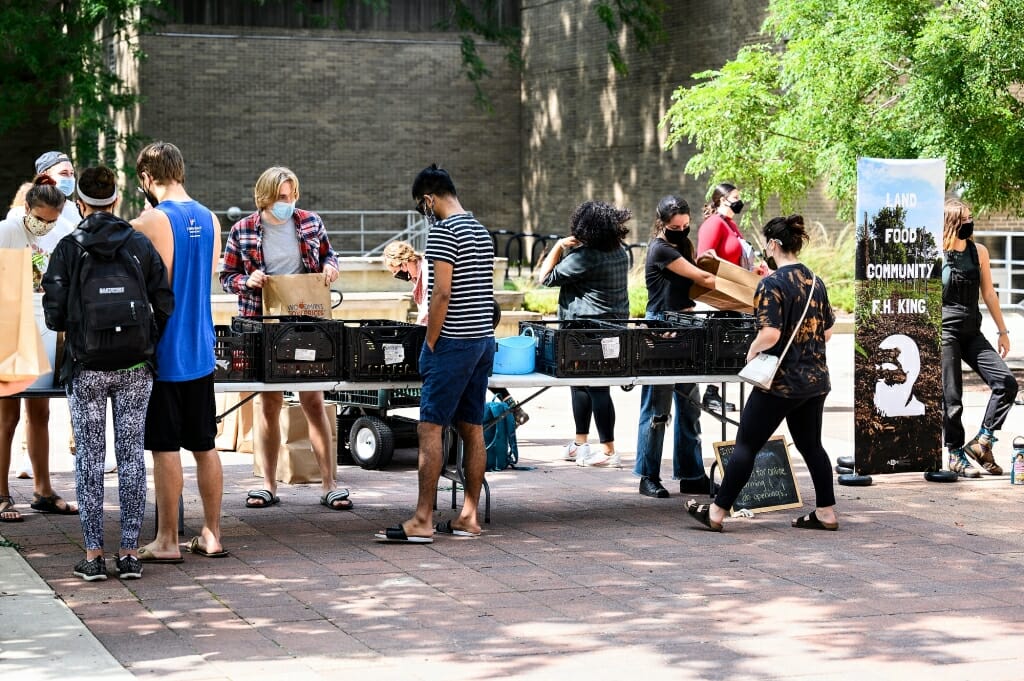 On Sunday afternoons on the University of Wisconsin–Madison’s East Campus Mall, you can find a group of students standing by a table loaded with vegetables: everything from carrots to bell peppers to kale to green beans.

Stop to satisfy your curiosity, and you’ll find these are students, handing out fresh, organic produce — grown by themselves, harvested that morning every week — completely free of cost to fellow students and community members.

The name of this student organization is F.H. King Students for Sustainable Agriculture, and their goal is to connect students with the land they live on and the food they eat. According to Sophia Webber, F.H. King’s education and outreach director and a community and environmental sociology major, this includes using their resources to combat food insecurity both on campus and in the community, and fight against social injustice in the food system.

Aside from the weekly Harvest Handouts on East Campus Mall, which run from 12:30 to 1:30 p.m., and its activity at its Eagle Heights neighborhood farm, F.H. King also runs programming for students to learn more about the food system, sustainability and social justice. The organization puts on an event every spring called Farm Fest, featuring food and music. They also help local restaurants compost waste, and donates its extra food to local organizations.

But how to continue to fulfill the F.H. King mission during a global pandemic, when many students cannot be on campus, and when economic pitfalls exacerbate student food insecurity nationwide? 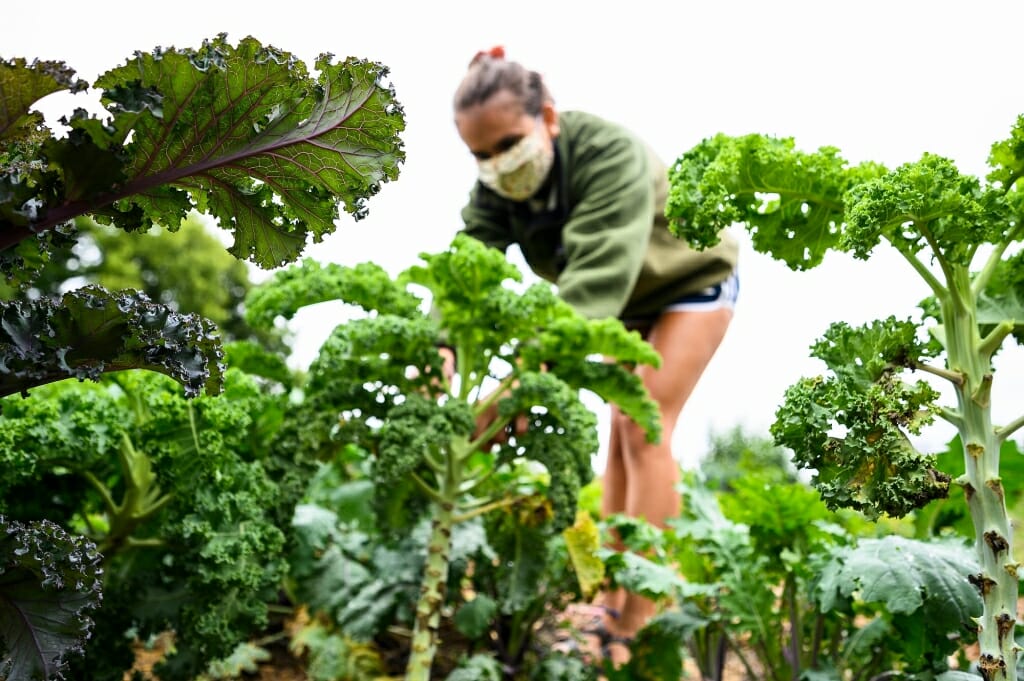 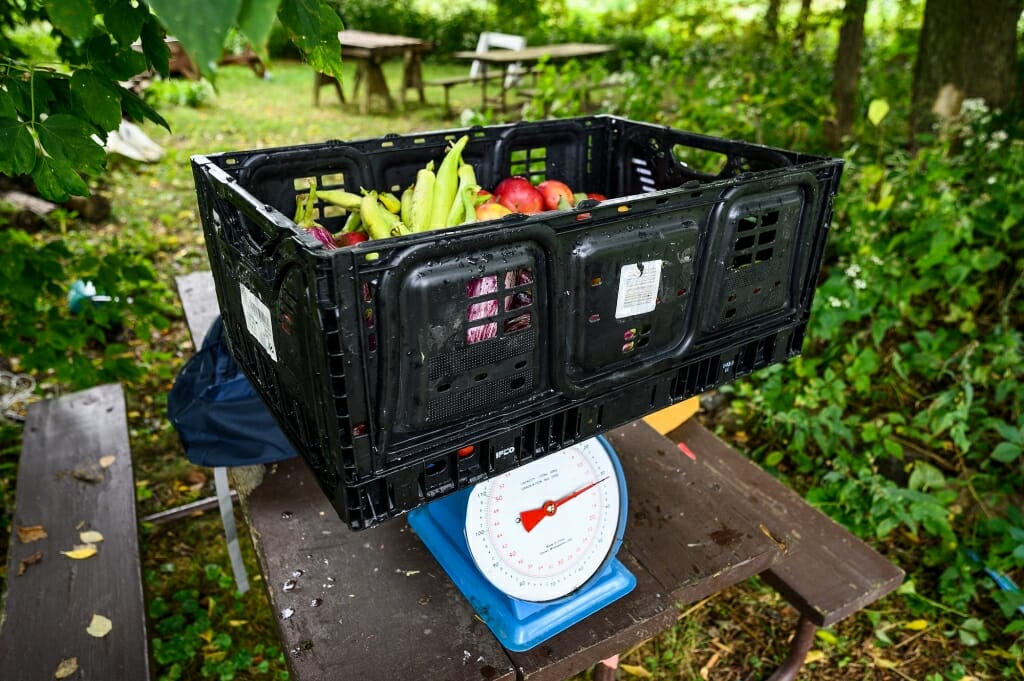 A container of vegetables is weighed. Photo by: Jeff Miller 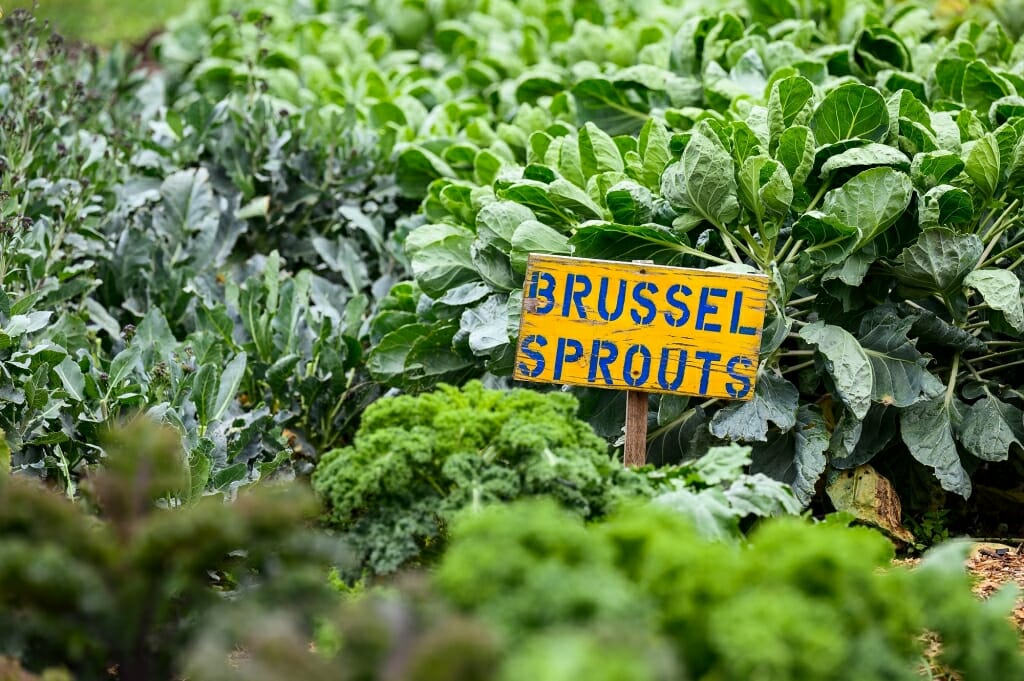 A plot of Brussels sprouts. Photo by: Jeff Miller 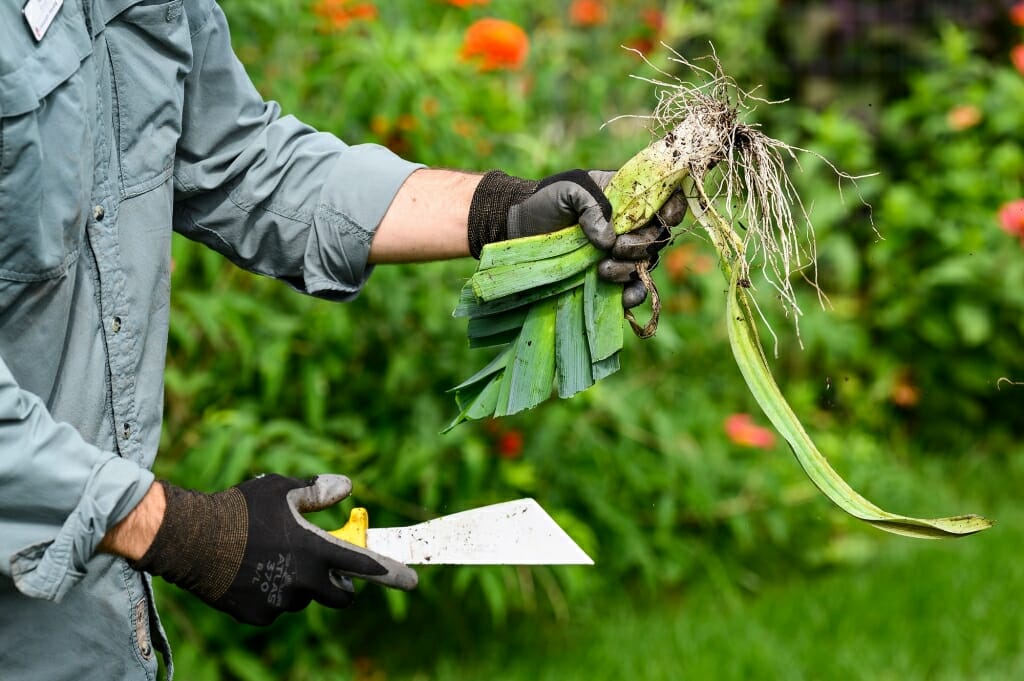 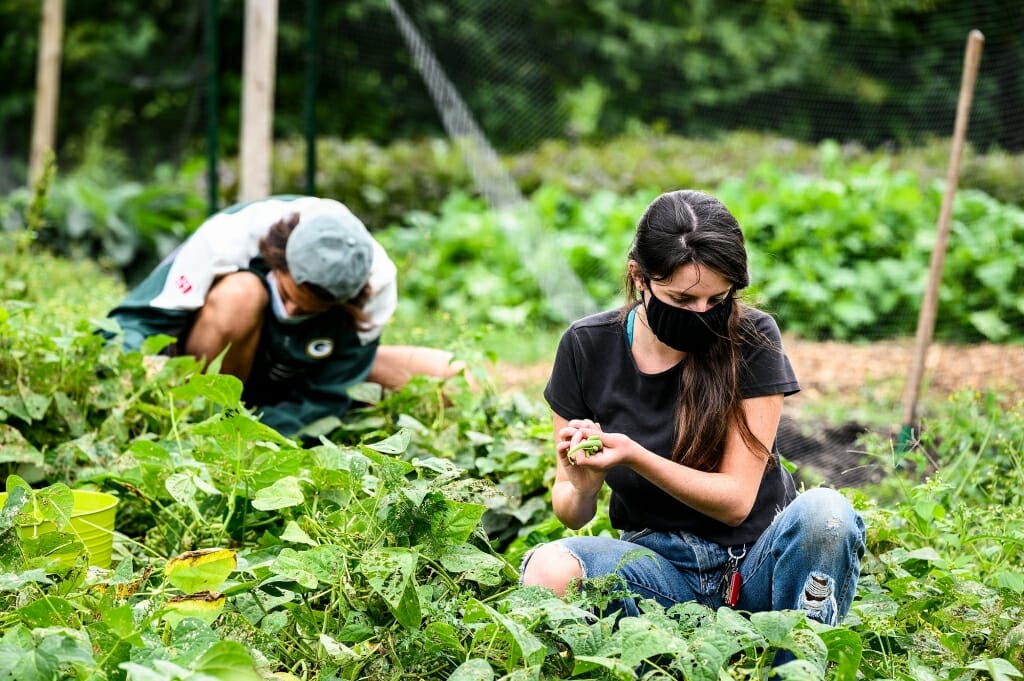 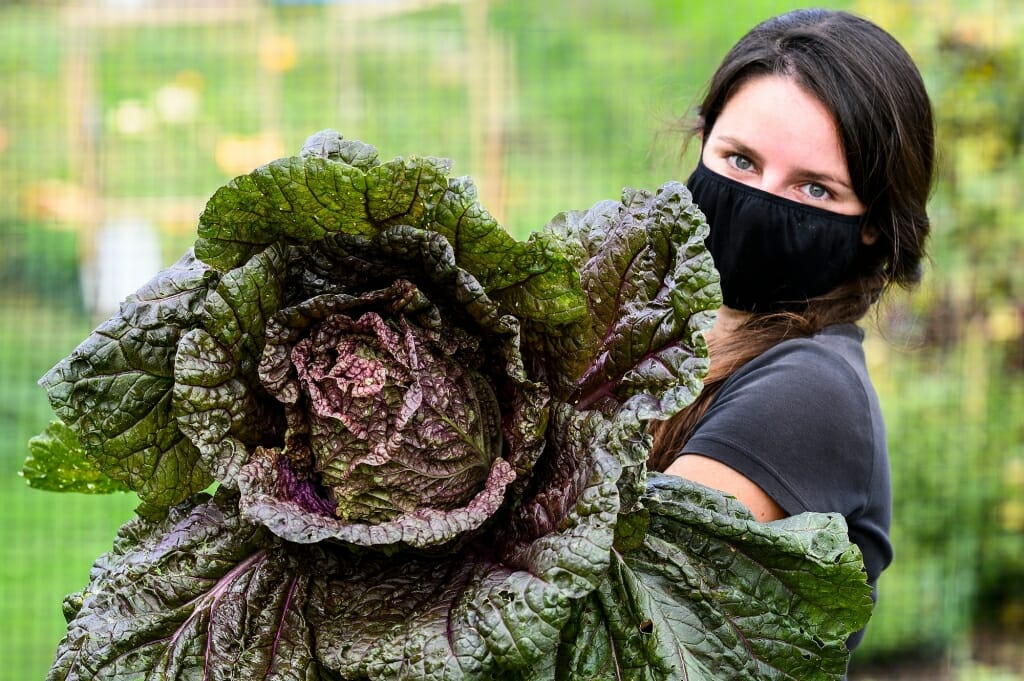 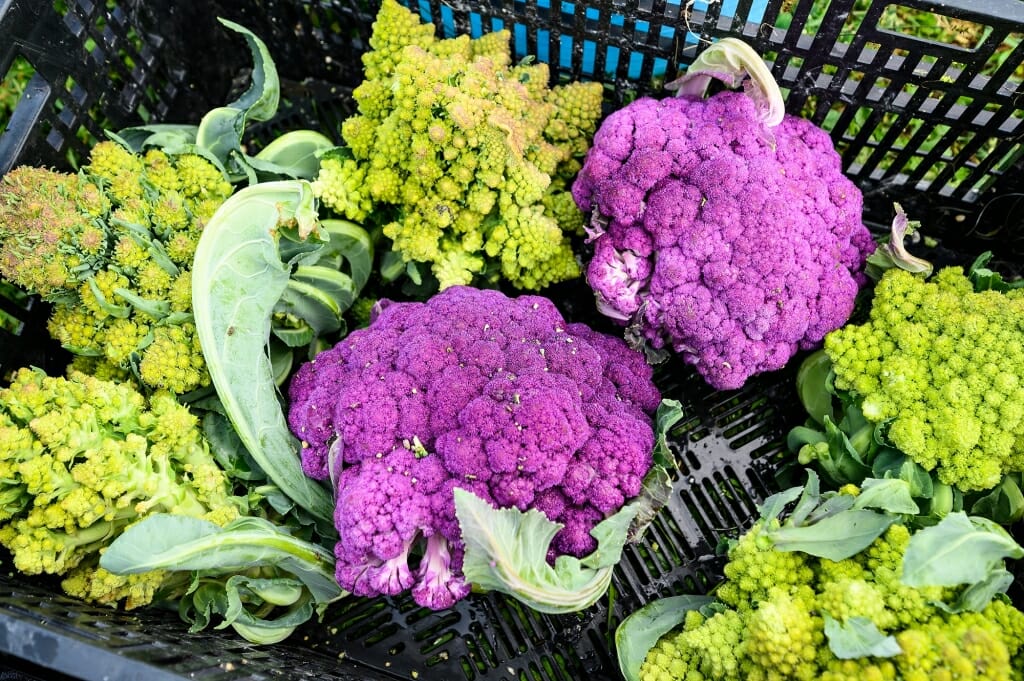 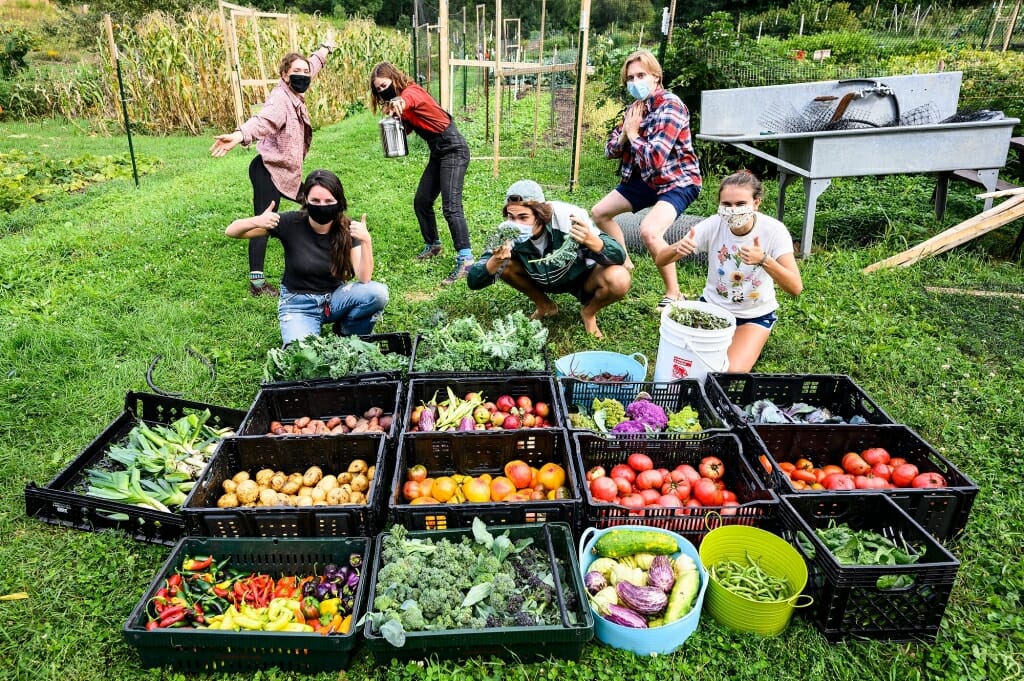 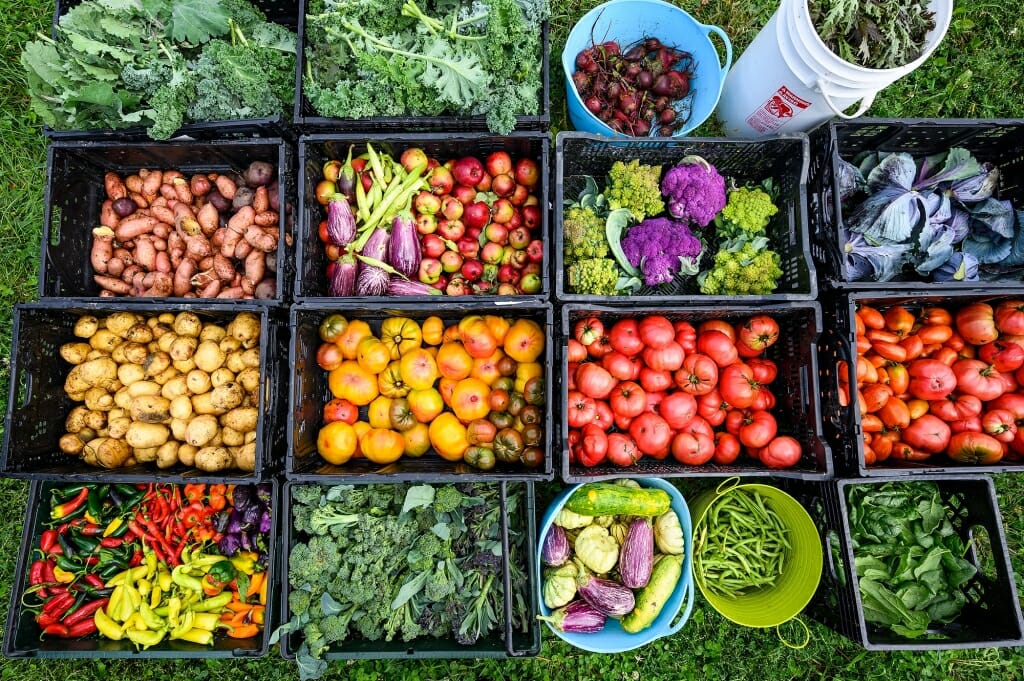 The students later distributed the food for free to nearly 100 people during a Harvest Handout outreach event held on East Campus Mall. Photo by: Jeff Miller

“We got a message from (Associated Students of Madison) in March … that said we had to shut down all in-person programming and operations,” says Molly DeVore, a senior majoring in journalism and environmental studies, and one of two urban agriculture directors for the organization. “And we didn’t know what we were going to do going forward. But then our admin director and our finance director submitted a really good proposal for how we would go about running the farm safely, since feeding people during a pandemic is even more important.”

DeVore says because of COVID-19, the F.H. King group had to significantly scale back its activity. It had to cancel Farm Fest in the spring, as well as an internship program it has offered annually. But F.H. King still offered some virtual panel discussions and workshops to replace what would otherwise be in-person during the school year, and the few members still on campus have kept up the farm work (at a safe distance) and helped with their composting activities.

Harvest Handouts started back up this summer, with masks required and no reusable bags allowed. Devore said to ensure safety, only members who live alone and practice strict physical distancing hand out produce.

Despite these limitations, DeVore says feeding students during a pandemic is as important as ever, and F.H. King is doing everything it can.

“I think we’re starting to see how many students relied on on-campus resources,” DeVore says. “With the pandemic, we’re learning that health can’t be something you put on hold while you’re in college. (Students need) actual nutritious food that’s going to build up the immune system and build overall health.”

Because the pandemic has revealed social and economic disparities along racial lines and the Black Lives Matter movement has come to the forefront in Madison, Webber says F.H. King started to research how it can make its services more accessible to marginalized students.

“(In 2016), 12 percent of UW–Madison students reported that they cannot always afford sufficient food or housing, which coincides with the fact that 60 percent of BIPOC (Black, Indigenous and people of color) and first-generation students are disproportionately experiencing food insecurity on college campuses,” Webber says. “So we’ve been trying to set up connections in the community, and also think about ways to connect more with students of color because we’ve definitely noticed our harvest largely serves white students.”

Tom Bryan is the program coordinator for the GreenHouse Learning Community, and since the pandemic hit, has begun working with F.H. King, since its goals and those of GreenHouse closely align. Together, they shared greenhouse space to conserve and share resources when many campus buildings were closed, and they’ve also worked together out at the Eagle Heights gardens, where their farms sit right next to each other.

“We haven’t had the excuse really to work together as tightly until COVID hit, because both of our organizations are kind of lacking in terms of labor in the fields this summer,” Bryan says. “I’m thankful for that opportunity to work really closely with them, because we needed to work together. We needed to rely on each other as neighbors.”

Horticulture professor Irwin Goldman has also worked with F.H. King for many years in an unofficial advisory capacity. Goldman says despite the hardships they’ve faced this year, F.H. King continues to motivate him.

“These students really inspire me,” Goldman says. “The F.H. King students are filling an important niche in our college and on our campus by fostering a real-world situation for the production of organic vegetables and herbs. This adds tremendously to the diversity of our campus and to the education and training we can provide.”