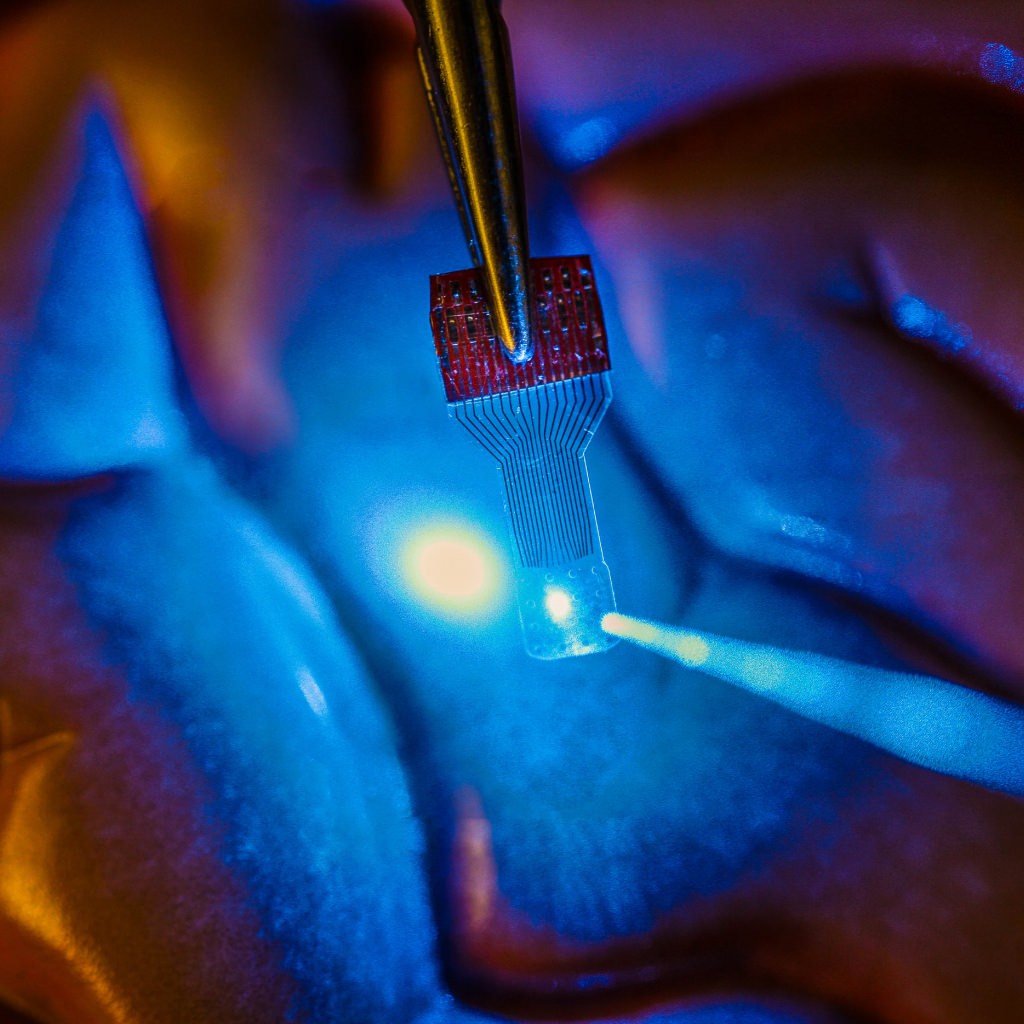 A blue light shines through a clear, implantable medical sensor onto a brain model. See-through sensors, which have been developed by a team of UW–Madison engineers, should help neural researchers better view brain activity. Justin Williams research group

In 2014, when University of Wisconsin–Madison engineers announced in the journal Nature Communications that they had developed transparent sensors for use in imaging the brain, researchers around the world took notice.

Then the requests came flooding in. “So many research groups started asking us for these devices that we couldn’t keep up,” says Zhenqiang (Jack) Ma, the Lynn H. Matthias Professor and Vilas Distinguished Achievement Professor in electrical and computer engineering at UW–Madison.

Ma’s group is a world leader in developing revolutionary flexible electronic devices. The see-through, implantable micro-electrode arrays were light years beyond anything ever created. 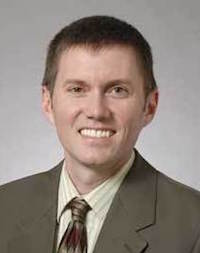 Although he and collaborator Justin Williams, the Vilas Distinguished Achievement Professor in biomedical engineering and neurological surgery at UW–Madison, patented the technology through the Wisconsin Alumni Research Foundation, they saw its potential for advancements in research. “That little step has already resulted in an explosion of research in this field,” says Williams. “We didn’t want to keep this technology in our lab. We wanted to share it and expand the boundaries of its applications.”

As a result, in a paper published Thursday (Oct. 13, 2016) in the journal Nature Protocols, the researchers have described in great detail how to fabricate and use transparent graphene neural electrode arrays in applications in electrophysiology, fluorescent microscopy, optical coherence tomography, and optogenetics. “We described how to do these things so we can start working on the next generation,” says Ma.

Now, not only are the UW–Madison researchers looking at ways to improve and build upon the technology, they also are seeking to expand its applications from neuroscience into areas such as research of stroke, epilepsy, Parkinson’s disease, cardiac conditions, and many others. And they hope other researchers do the same.

“We didn’t want to keep this technology in our lab. We wanted to share it and expand the boundaries of its applications.”

“This paper is a gateway for other groups to explore the huge potential from here,” says Ma. “Our technology demonstrates one of the key in vivo applications of graphene. We expect more revolutionary research will follow in this interdisciplinary field.”