In late 2019, the SARS-CoV-2 virus emerged in China and quickly spread across the world, leading to the COVID-19 pandemic. In early 2020, that virus mutated, likely in Europe, and that mutation is now the dominant form of the virus across the globe.

A new study published today in Science by a team of researchers in the U.S. and Japan shows that the mutant virus, called D614G, is more easily transmitted and grows better within hosts, likely aiding its dominance. It differs from the original virus by just one amino acid, or short string of genetic code, in the spike protein that helps the viruses enter cells to cause infection.

The mutation, researchers say, should not interfere with the effectiveness of vaccines against the virus.

“Several papers had already described that this mutation makes the protein more functional and more efficient at getting into cells,” says Yoshihiro Kawaoka, the University of Wisconsin–Madison lead of the study and virologist at the UW School of Veterinary Medicine and the University of Tokyo. “We saw that the mutant virus transmits better airborne than the (original) virus, which may explain why this virus dominated in humans.” 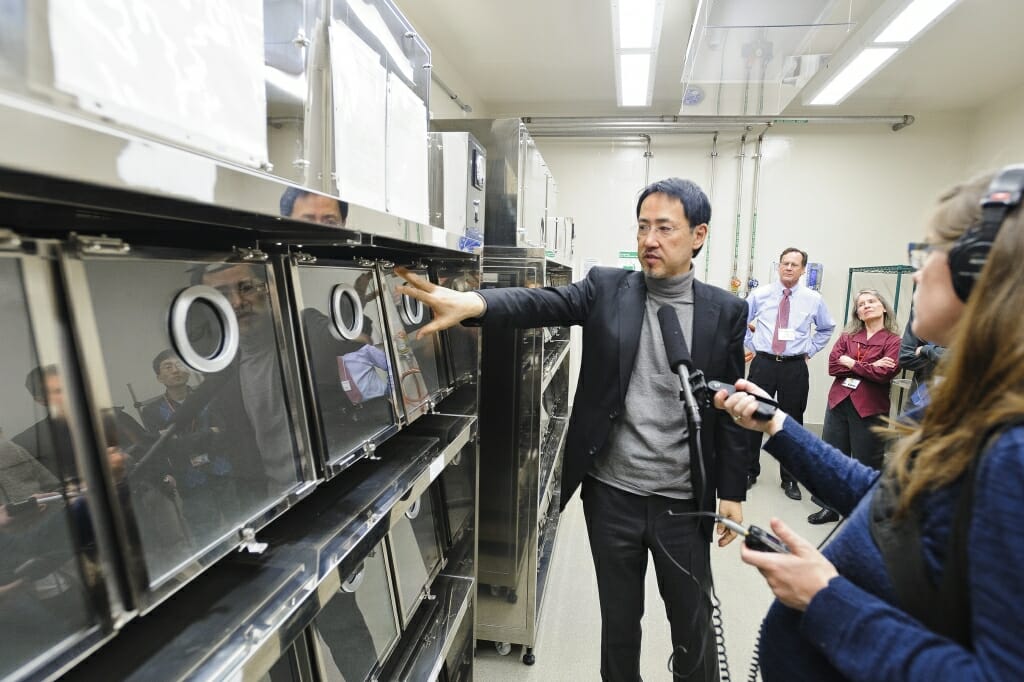 UW–Madison Professor Yoshihiro Kawaoka demonstrates how animal transmission studies are conducted for airborne viruses on a tour during an annual shutdown of the Influenza Research Institute in Madison, Wisconsin. Photo: Bryce Richter

Kawaoka’s team, which includes research professor Peter Halfmann, conducted experiments with an animal model they established earlier this year to aid in understanding of the virus, including studying the effectiveness of airborne virus transmission and the effects of infection.

To read more about the study and its findings, visit: sph.unc.edu/sph-news/common-sars-cov-2-mutation-may-be-more-susceptible-to-vaccine/.