Coral skeletons may resist the effects of acidifying oceans

Coral skeletons are the building blocks of diverse coral reef ecosystems, which has led to increasing concern over how these key species will cope with warming and acidifying oceans that threaten their stability.

New research from Pupa Gilbert, a professor of physics at the University of Wisconsin–Madison, provides evidence that at least one species of coral, Stylophora pistillata, and possibly others, build their hard, calcium carbonate skeletons faster, and in bigger pieces, than previously thought. Instead of slowly adding material molecule by molecule, the coral animal actively constructs large chunks of minerals that it adds to its growing skeleton, helping it grow much faster than it otherwise could, and with greater control.

The new research suggests that because the minerals are first formed inside the coral tissue, they may continue to do so even in acidifying oceans. If other coral species build their skeletons in a similar way, then the oceans could avoid a large-scale crisis in coral skeleton formation that scientists have worried would unravel reef ecosystems. Other stresses, like warmer waters and coral bleaching, still endanger coral, however.

How will coral cope with acidifying oceans?

The work is published this week (Aug. 28, 2017) in the Proceedings of the National Academy of Sciences. Collaborators from the University of Haifa and the Lawrence Berkeley National Laboratory contributed to the research.

“Coral reefs only cover one percent of ocean floors, but they host 25 percent of all marine species, so they’re incredibly diverse and important from a biological point of view,” says Gilbert. “But they’re also economically important for the fishing industry, tourism, and because of their role in providing coastlines with protection from tropical storms.”

Corals are colonies of small, tentacled animals that encase themselves in bony structures made of the mineral calcium carbonate, the same material that makes up the shells of other sea creatures. Their role in creating habitat for diverse ecosystems has drawn attention to corals and how they build their rocky skeletons. 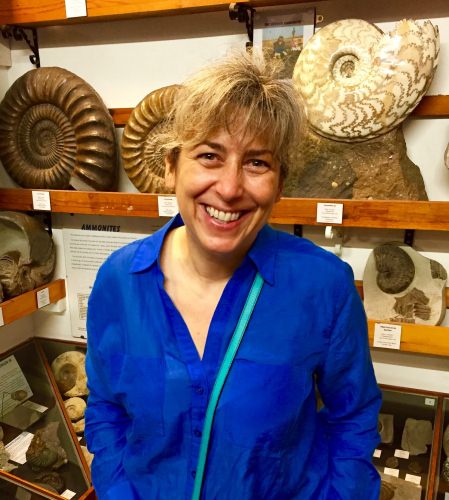 Despite decades of research, scientists had been unable to reliably distinguish between two competing theories of coral growth. The classical idea was that corals largely relied on a calcium-rich fluid slowly — one molecule at a time — adding minerals to the skeleton. Other evidence pointed to a much more active role for the soft-bodied animals taking in seawater, concentrating it, but still adding it one molecule at a time to their skeletons.

Gilbert developed a new way to image the growing portions of coral skeletons to see what the forming structures were made of, which she calls component mapping. Using high-energy light provided by the Advanced Light Source at Berkeley Lab to distinguish different minerals, Gilbert’s team created a pixel-by-pixel map to generate an image of the growing skeletons of Stylophora pistillata, also known as hood coral. They saw particles made up of unstable, amorphous forms of calcium carbonate at and near the growing surfaces of the coral skeletons.

Some of the particles were a comparatively large 400 billionths of a meter across, which is more than 500 times larger than a single calcium carbonate group. The researchers also observed evidence that the unstable precursors eventually crystallized into aragonite, the stable form of calcium carbonate that makes up mature coral skeletons.

“These are the same precursors seen in biominerals from sea urchin and abalone, which are different organisms from completely different branches in the tree of life, so the fact that they used exactly the same mechanism to form their skeletons is really surprising,” Gilbert explains.

Although increasing levels of atmospheric carbon dioxide are acidifying the oceans, the new work suggests that corals could withstand this stress.

In their new model of coral skeleton growth, Gilbert and her colleagues propose that corals collect seawater in their tissues, add materials, and organize them into large particles of amorphous calcium carbonate. Only then do the animals transport these particles and attach them to their growing skeletons, where they slowly convert to the stable aragonite. This growth pattern is more than 100 times faster than molecule-by-molecule growth, which is in line with previous measurements of how fast corals grow.

Since this new research indicates an active role for corals in developing their skeletons, it suggests that they are not entirely at the mercy of the ocean’s chemical makeup. While acidic conditions are known to dissolve calcium carbonate, the method of skeleton construction that Gilbert observed in this study should be much more stable in the face of acidifying oceans. Although increasing levels of atmospheric carbon dioxide are acidifying the oceans, the new work suggests that corals could withstand this stress.

“If this mode of formation is verified in other species of coral, then it could be a more general mechanism, and that would enable us to predict that corals will actually form just as well in acidifying oceans,” says Gilbert.