The Boys and Girls Club of Greater Milwaukee is one of the largest organizations of its kind in the country, serving about 5,000 students daily. University of Wisconsin–Madison Chancellor Rebecca Blank and School of Education Dean Diana Hess met recently with club leaders and Milwaukee Public School Superintendent Darienne Driver.

They toured the Pieper-Hillside Club and heard from club members who now attend UW–Madison. The trip was part of a statewide outreach effort to better connect UW–Madison research with all parts of Wisconsin. Similar trips have taken Blank and UW–Madison leaders to sites including Oshkosh Corp. in Oshkosh, Greenheck Fan in Wausau, and Cranberry Creek Cranberries in Necedah. 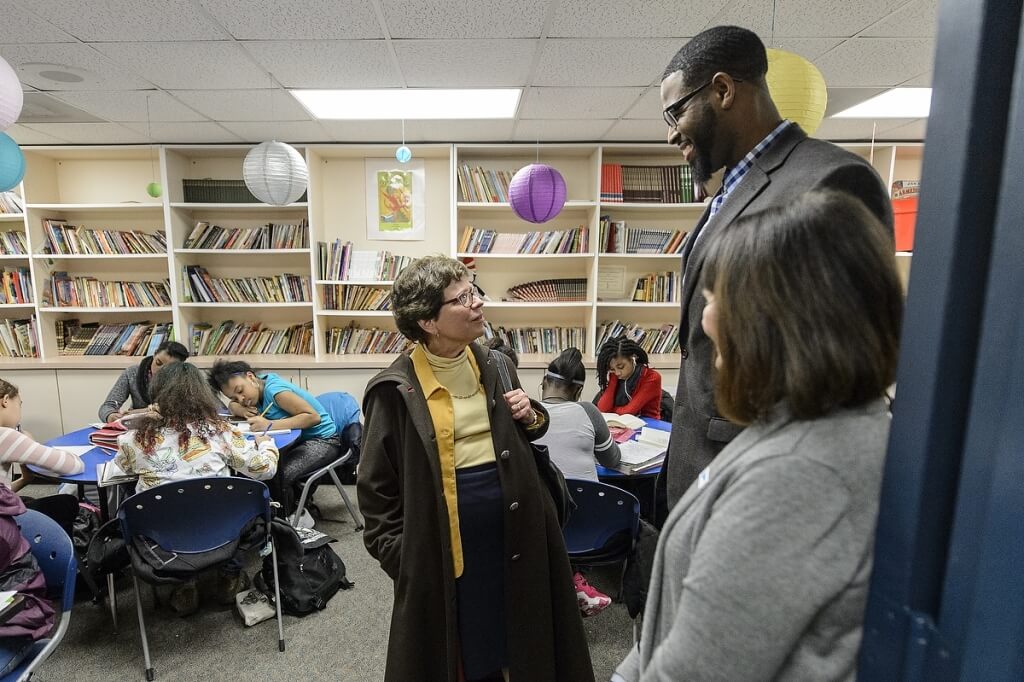 Pieper-Hillside club manager Robert Jackson leads a tour of the facility at 611 W. Cherry St., where students in kindergarten through eighth grade study, eat, learn and play. The Boys and Girls Club of Greater Milwaukee has six standalone facilities such as this. With a membership of more than 43,000 and a daily attendance of over 5,000, the club has nearly 40 other locations connected to schools and other facilities. Photo by: Bryce Richter 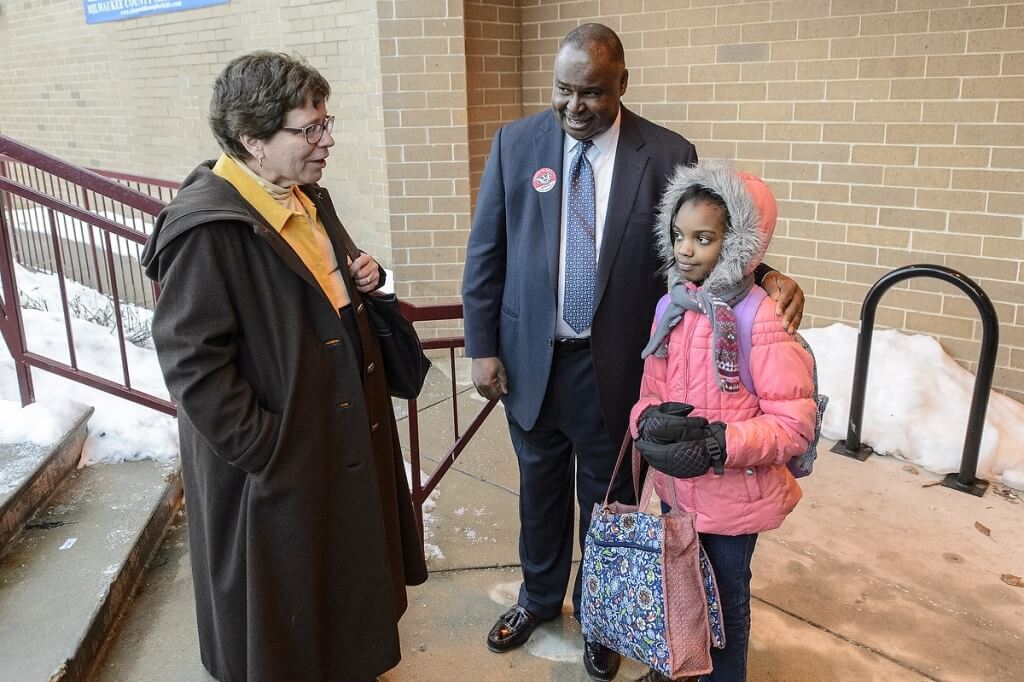 Chancellor Blank speaks outside the club's administrative offices with Gerard Randall, the executive director of the Milwaukee Partnership Academy and a former University of Wisconsin System Regent. With Randall is his granddaughter, Samyrah Clayton. Photo by: Bryce Richter 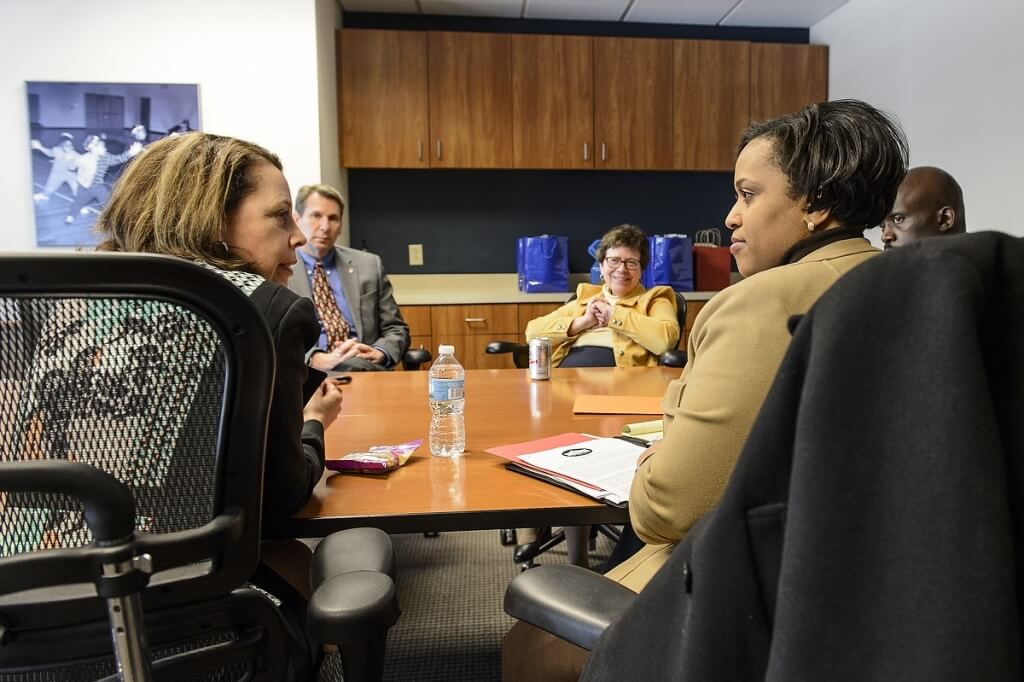 New opportunities to collaborate and strengthen existing partnerships between Milwaukee Public Schools and the University of Wisconsin were the center of discussion between School of Education Dean Diana Hess and Milwaukee Public Schools Superintendent Darienne Driver. Both Hess and Driver are relatively recent in their roles; Hess began in August and Driver in September 2014. They met with Chancellor Blank and leaders of the Boys and Girls Club of Greater Milwaukee at the club’s administrative offices. Photo by: Bryce Richter 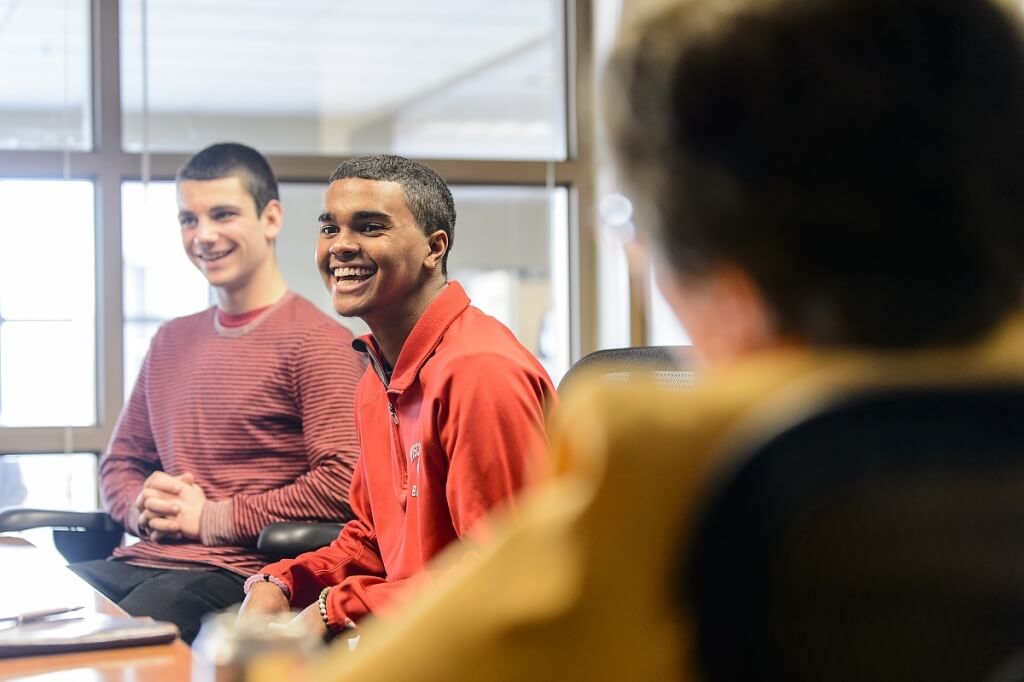 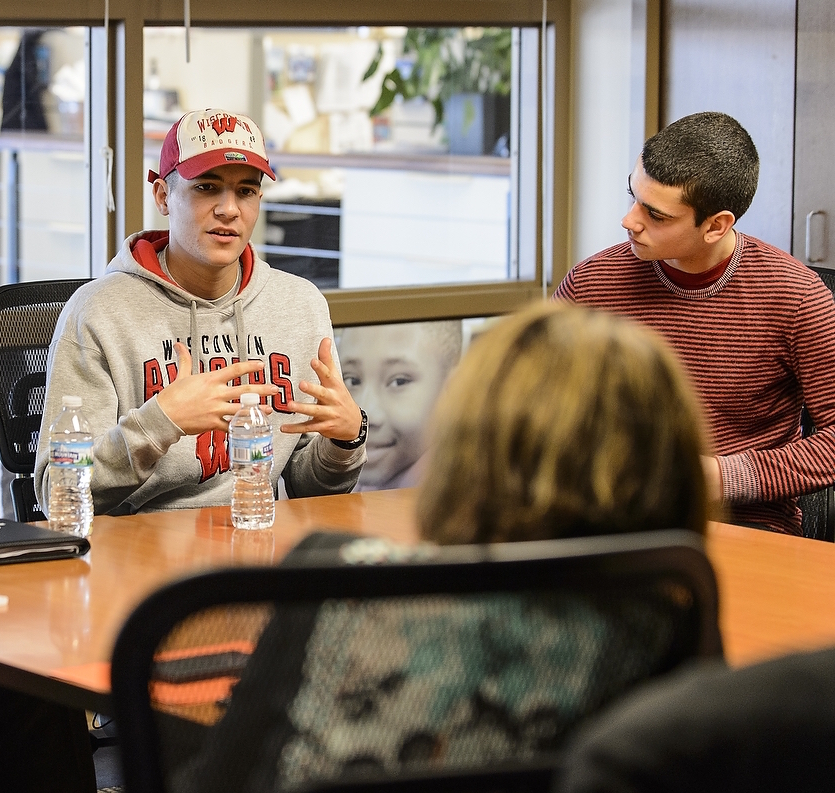 Osayd Assad (left) and Sam Balistreri (right) were members of the Boys and Girls Club before coming to UW-Madison, where they are freshmen. Photo by: Bryce Richter