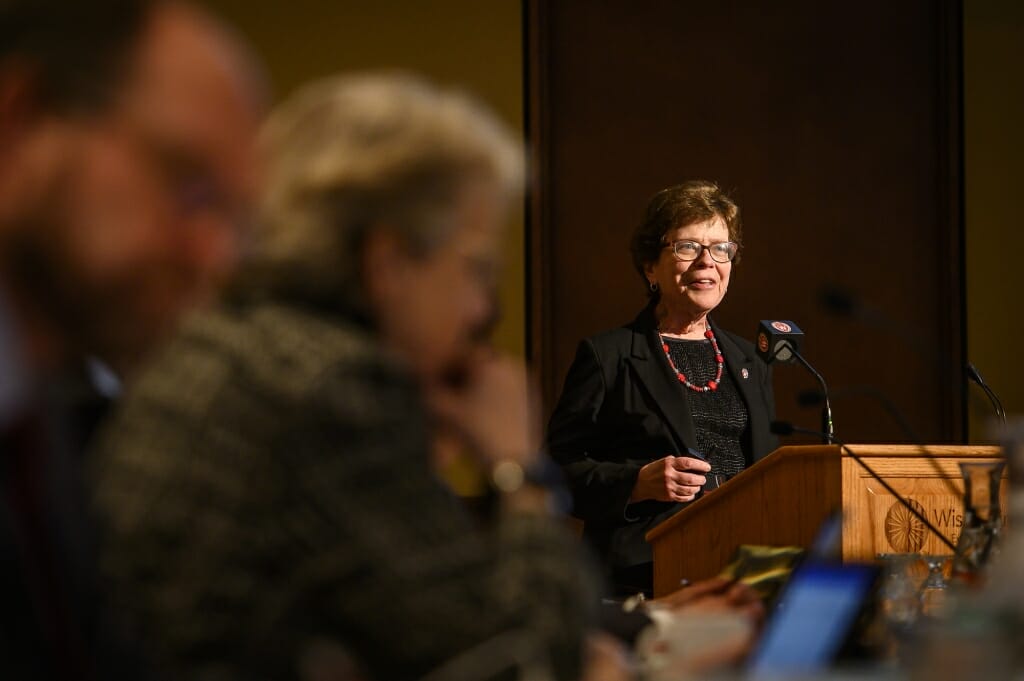 At her presentation before the University of Wisconsin Board of Regents meeting on Thursday, Chancellor Rebecca Blank told the board how UW–Madison is responding to three important national trends that are challenging top research universities nationwide.

View a PDF of Chancellor Blank’s slides and detailed notes from her presentation.

The first trend is a changing revenue picture. Blank told the regents that state cuts to higher education, combined with an ongoing tuition freeze and a decline in the number of high school graduates in Wisconsin, have led the university to find new ways to generate funds. These include expanding out-of-state enrollment while maintaining a strong commitment to in-state students, fundraising, and developing new sources of revenue, including online education programs.

The second trend Blank discussed was increasing competition from peer institutions. She noted that a majority of the world’s top 100 universities are no longer in the U.S. In addition, many of UW–Madison’s U.S. competitors have been expanding their revenues faster than UW–Madison, forcing the university to focus more directly on strategies to stay competitive.

The keys to remaining a top university, Blank said, are attracting outstanding faculty, building great educational programs, and offering state-of-the-art facilities. She noted that UW–Madison has made important strides in all of these areas, but she said the university needs to address aging facilities such as the Mosse Humanities Building in order to compete for top students and faculty.

To support faculty recruitment and retention, Blank announced a new $70 million matching opportunity, made possible by the generosity of UW–Madison alumni John and Tashia Morgridge. The match will be available to donors who would like to establish or enhance an endowed professorship or chair fund.

The third trend Blank discussed was changing public views of higher education. She quoted a Pew Research Center poll that indicates 38% of U.S. adults believe universities have a negative effect on the country — up from 26% in 2012. She said that one driver of these views is the college admissions scandal that broke in 2019.

Blank underscored that UW–Madison has the same admissions process for everyone, and that each student is admitted solely on the basis of their own record. She told the regents that UW–Madison is working hard to connect with the people of the state to share the stories of the value the university brings to Wisconsin. 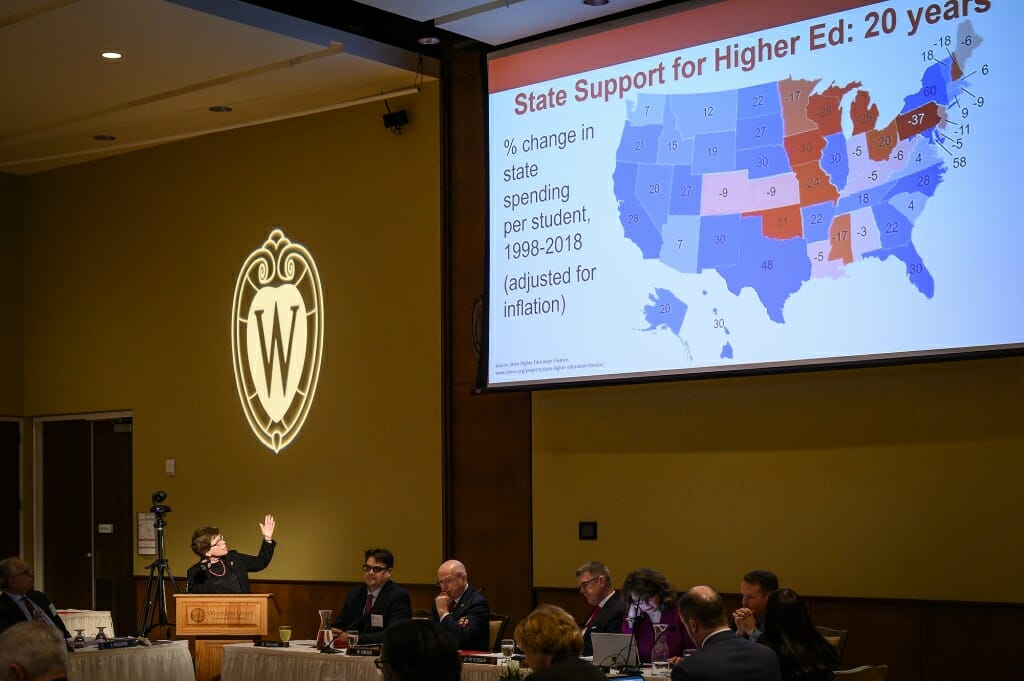